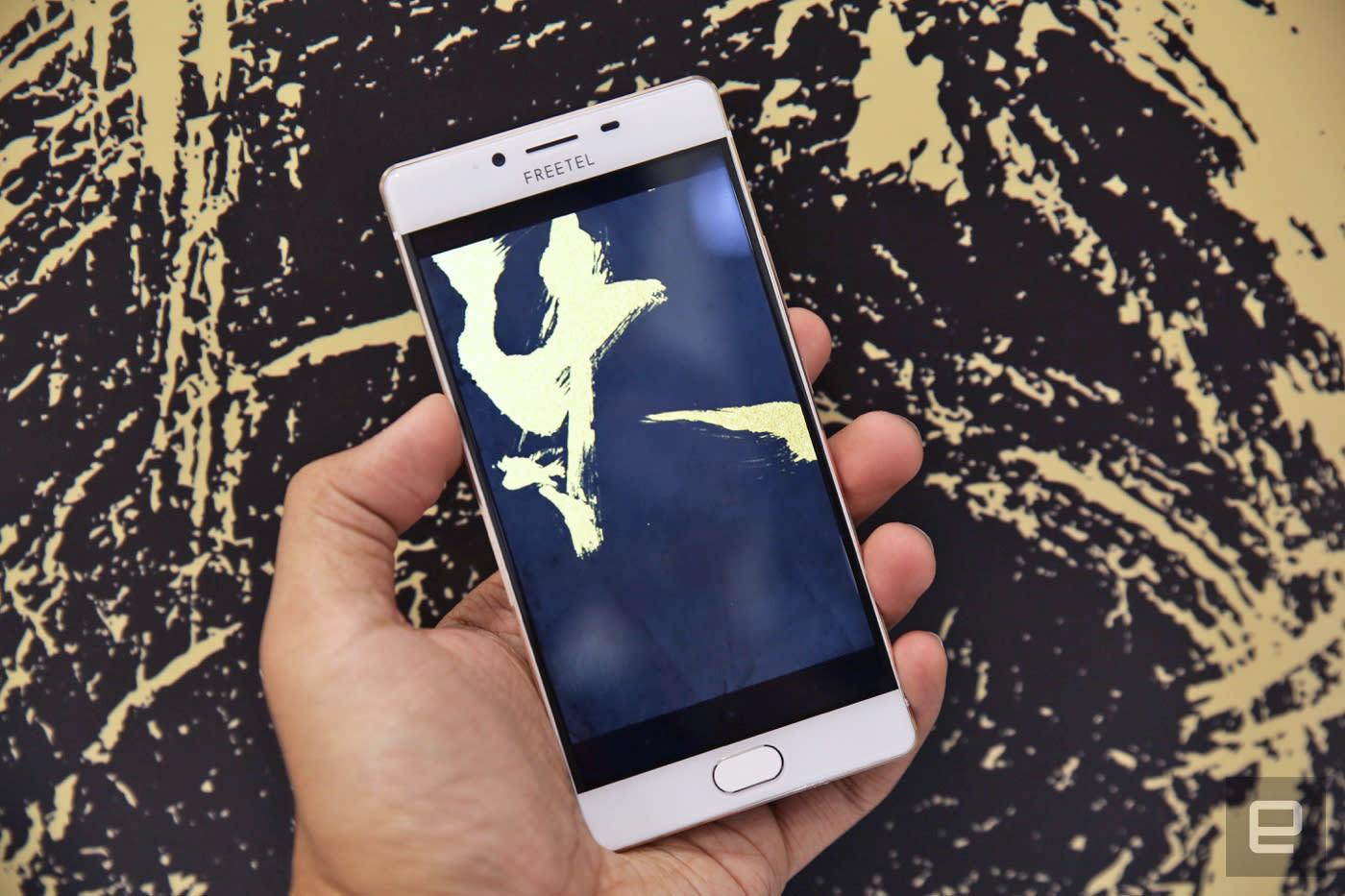 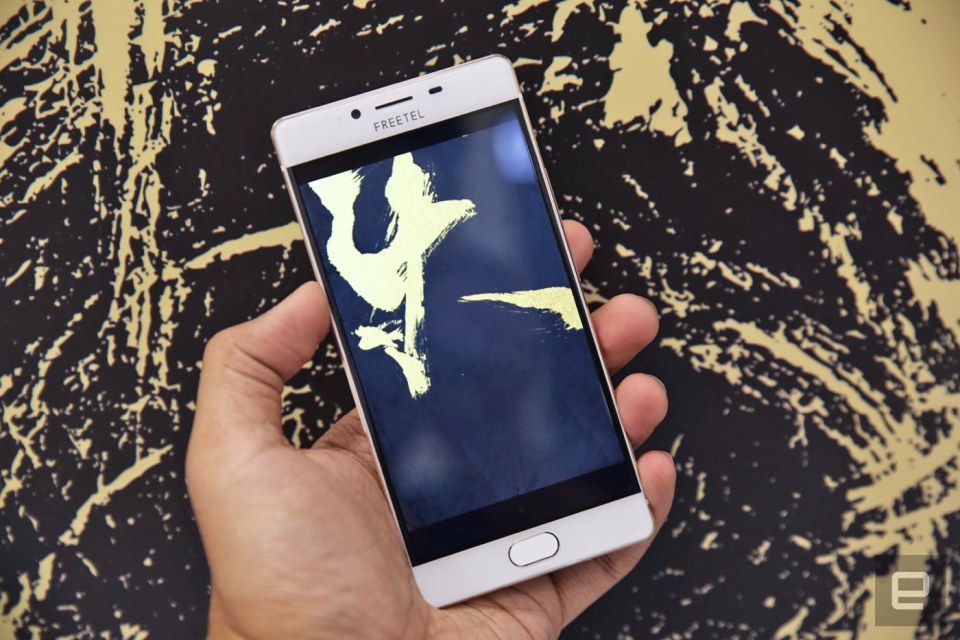 If you take a look at who's making reasonably priced unlocked phones for the US, you'll see Chinese names like ZTE and Huawei pop up a lot. Freetel — a Japanese smartphone maker — wants in on that game, and it hopes a touch of Japanese design philosophy will help it stand out in a far-flung market that's notoriously tough to squeeze into. That's partially the idea behind announcing the Rei, a $249 Marshmallow-powered device that they expect to launch in the US within 6 to 7 weeks.​ Frankly, though, the Rei doesn't stand out all that much. It's generally a pretty nondescript device with an adequate 5.2-inch 1080p display — colors were pretty lively, though the panel itself isn't worth writing home about. It seemed to be running a mostly stock version of Android 6.0 Marshmallow (the only difference I noticed was the layout of the camera app), but it was pretty clearly non-final stuff. Still, swiping through menus and launching apps worked without much hesitation, though that should really be table stakes for a device with an octa-core chipset and 2GB of RAM. Flip the thing over and you'll discover an aluminum back cover (available in four colors to suit everyone) and a 13-megapixel camera that seemed to get tripped up for a moment between hitting the shutter button and actually taking a photo. Again, that's at least partially because of unfinished software, but I really hope whatever's causing it gets tidied up.

In the end, the Rei's biggest flaw is its anonymity. It's not all that bad in any way, but it's not particularly remarkable, either. The company says rei is Japanese for "beautiful, elegant and wise." What they neglect to mention is that rei can also mean "zero," which is the number of these things they'll sell in the US unless they've got some great marketing or partnership plans in the works. Thankfully for Freetel, they're trying to smooth out the retail plans and potential carrier deals that might give them a fighting chance. But I'd be lying if I said I was interested only in this new device. Freetel revealed an Android flip phone called the Musashi at this year's CES, and since I missed it the first time around, I was honor bound to fiddle with this thing until people around me started to glare. I mean, it's just so absurd, right?

The specs, very quickly: It has two 4-inch screens — an external one (swathed in Gorilla Glass to keep it from getting banged up) running at 800 x 480 and a slightly sharper qHD screen on the inside. There's a MediaTek chip thrumming away in there, powering a mostly stock version of Android 5.1. The age of the software might seem disconcerting, but it's really beside the point — people (like me, probably) will buy it because they want a flip phone that runs modern apps. Despite the inherent absurdity of the idea — absurdity that definitely isn't limited to Freetel — there's a distinct sense of old-school satisfaction that comes with pecking out Line messages with a spacious nine-key pad. It is, however, pretty long for a flip phone, and downright chunky when closed. Your pockets might have a little trouble containing this thing.

Given that the market for Android flip phones in the US is basically nonexistent, I've got to give Freetel chops for bringing the Musashi over anyway. Whether it finds an audience beyond flip-phone fetishists is up in the air, but whatever — it'll launch alongside the Rei for the same $249 relatively soon.

Gallery: Freetel's Musashi Android flip phone is coming to the US | 11 Photos 11
In this article: android, freetel, gear, hands-on, japan, mobile, mobileworldcongres, musashi, mwc, mwc2016, rei, smartphone, unlocked
All products recommended by Engadget are selected by our editorial team, independent of our parent company. Some of our stories include affiliate links. If you buy something through one of these links, we may earn an affiliate commission.