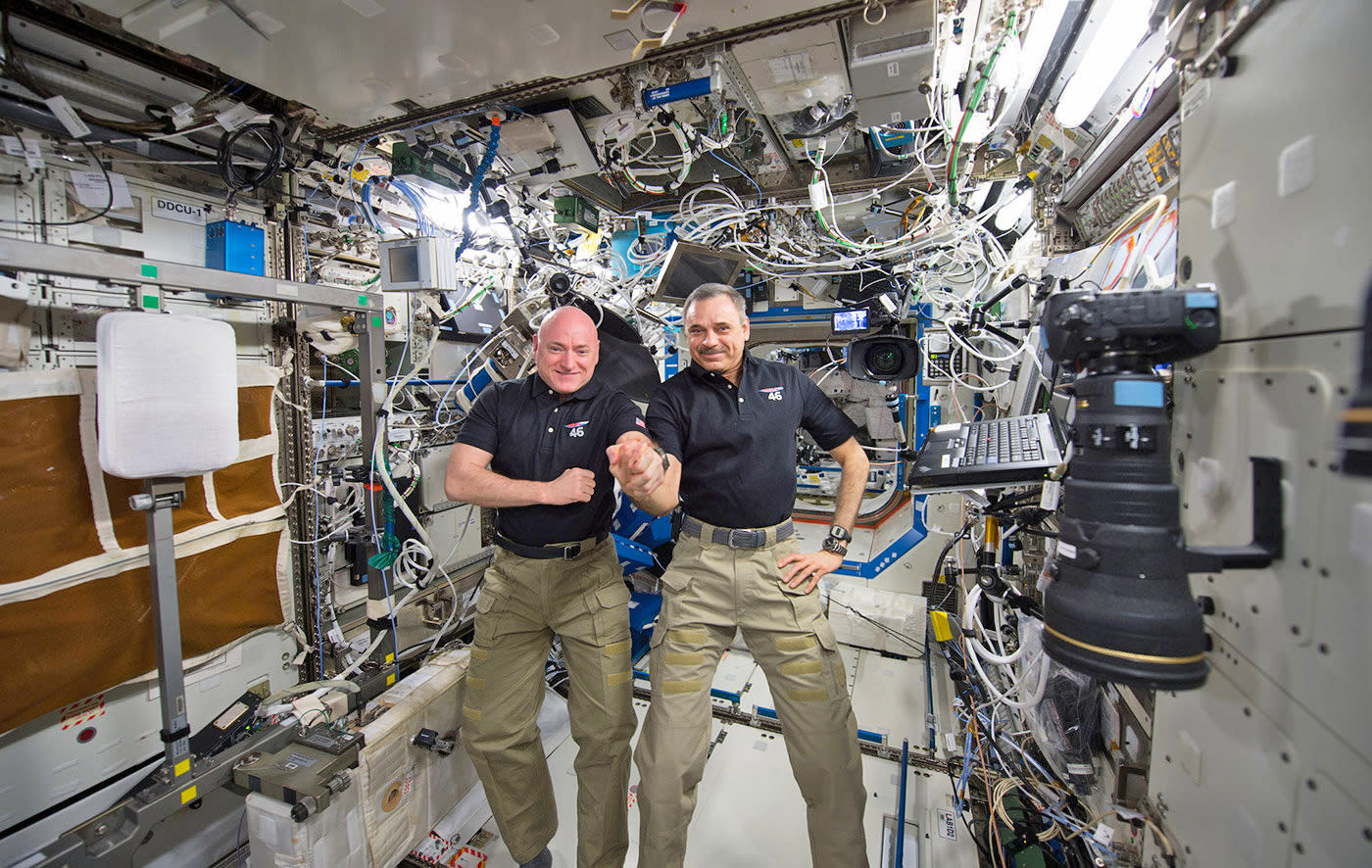 The astronaut and cosmonaut who lived aboard the ISS for almost one whole year are on their way home. Scott Kelly and Mikhail Kornienko, along with another cosmonaut Sergey Volkov, boarded their ride back to Earth (a Soyuz TMA-18M spacecraft) a few hours ago. It undocked from the ISS at 8:02 PM ET. Kelly is slated to undergo NASA's Functional Task Tests as soon as he gets back to the Johnson Space Center.

NASA senior research scientist Jacob Bloomberg once described these tests as "very operation-oriented and [...] related to different aspects of the mission and activities an astronaut would need to do after landing on the surface of Mars." The scientists will study how Kelly's body changed after spending one straight year in space in an effort to understand the impacts of long duration, deep space missions on the human body. His results will most likely be compared with his twin brother's who stayed here on the ground as part of the agency's "Twins Study."

NASA TV is airing Soyuz TMA-18M's landing starting at 10:15AM ET. You'll be able to watch everything, from the spacecraft's deorbit burn and module separation as it enters the atmosphere to the moment it touches down. If all goes well, the Soyuz spacecraft will land in Kazakhstan at around 11:25PM ET. Update: And the landing is successful! The Russian control center doesn't have a great view in the live feed, but NASA's Twitter account and the voiceover have confirmed the capsule is down safely in Kazakhstan. We're expecting to get live TV from the landing zone "as soon as possible."

In this article: iss, nasa, science, space
All products recommended by Engadget are selected by our editorial team, independent of our parent company. Some of our stories include affiliate links. If you buy something through one of these links, we may earn an affiliate commission.