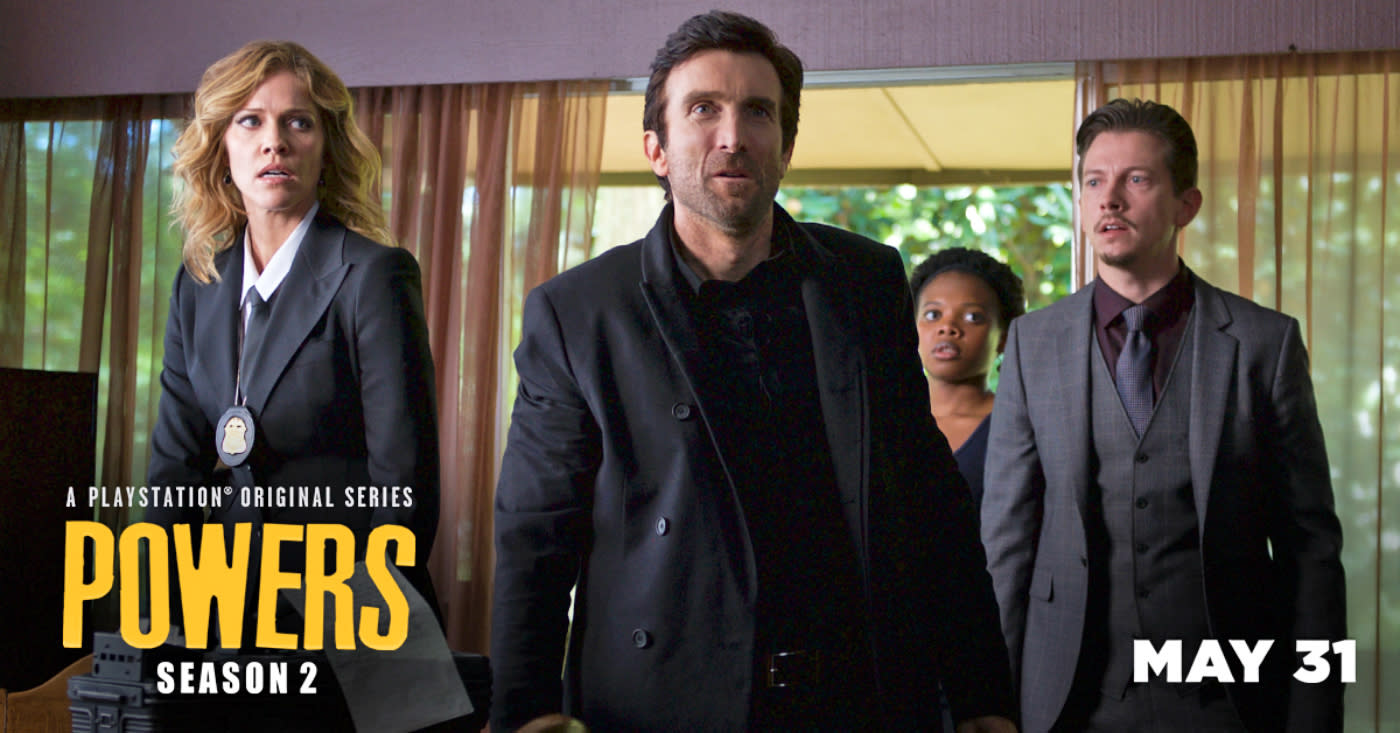 Sony's first PlayStation TV show landed with a bit of a thud. Based on the comic book series by Brian Michael Bendis, Powers struggled to stand out against its superhero peers, especially those on rival streaming networks. The show does have a following, however, which was enough for Sony to commission a second season last May. Almost a year later, the company has announced that the first three episodes will debut in the US and Canada on May 31st, with free access for PlayStation Plus subscribers.

A new trailer shows the mess that homicide detectives Christian Walker (Sharlto Copley) and Deena Pilgrim (Susan Heyward) will be trying to untangle this time around. The world's most famous superhero, Retro Girl, is murdered and the pair are told to investigate doing "whatever you need to do." Mayhem ensues, with superpowers and explosions galore.

Around the launch of the PS4 and Xbox One, both Microsoft and Sony had grand ambitions for console-branded TV shows. Microsoft eventually abandoned its plans, however, after unbundling the Kinect and refocusing on video games. The TV-specific Xbox Entertainment Studios was closed, although a few shows did sneak through, such as the Atari: Game Over documentary and Halo: Nightfall. Sony was more cautious, green-lighting Powers -- a safe bet, given the interest in superhero adaptations at the moment -- and waiting for the reaction from PlayStation fans. Season two is probably its last chance to prove the concept is worth persevering with.

In this article: av, entertainment, playstation, playstationplus, powers, ps4, sony, streaming, tvstreaming
All products recommended by Engadget are selected by our editorial team, independent of our parent company. Some of our stories include affiliate links. If you buy something through one of these links, we may earn an affiliate commission.