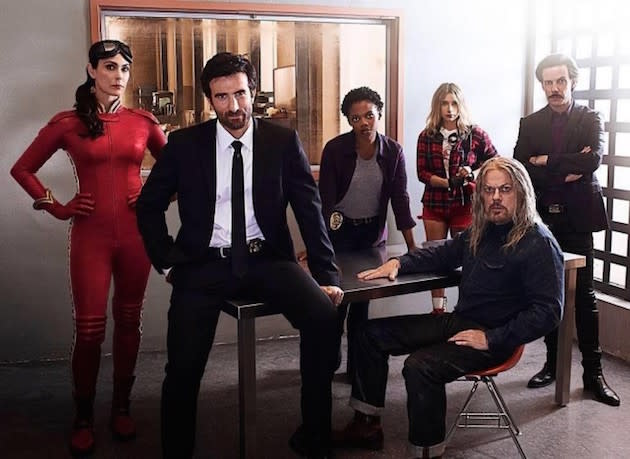 Sony has announced it is bringing Powers back for a second season. And, all things considered, it's easy to see why. As an entertainment platform, the future of PlayStation's original programming depends heavily on the success of Powers, a series based on the comic book story from Brian Michael Bendis. Thankfully for Sony, after premiering back in March, Powers quickly became a favorite for viewers and rose to the top of the charts on PlayStation Network. The company says season two is scheduled to debut in the US next year, although it didn't provide a specific time frame. In a statement, President of Programming and Development at Sony Pictures Television, Jamie Erlicht, said the new chapter will "broaden the Powers universe and bring even more of the fan-favorite characters and storylines to life."

In this article: hdpostcross, Original Series, OriginalSeries, PlayStation, PlayStation Plus, PlayStationPlus, Powers, Sony, Sony Powers
All products recommended by Engadget are selected by our editorial team, independent of our parent company. Some of our stories include affiliate links. If you buy something through one of these links, we may earn an affiliate commission.