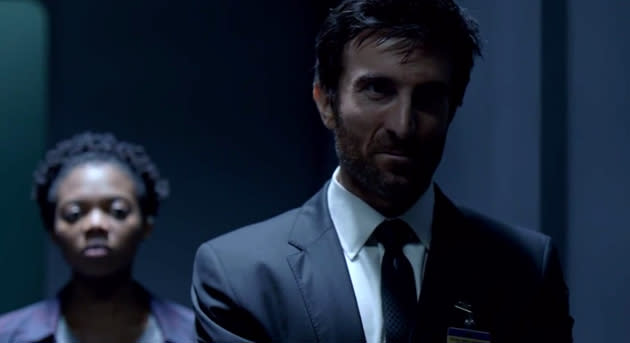 If you were worried that Sony's transformation of Powers into a PlayStation Network show would lose the comics' grittiness, you can (probably) relax. The first trailer for the original series is now available, and it's pretty clear that the production maintains a dark, twisted world of superhero crime. Detective Christian Walker is foul-mouthed and not exactly sympathy-inducing, while the suspects he's chasing are more warped than your typical comic book villains. You'll probably have to wait until the series launch in December to see much more, but it's already apparent that Sony is taking advantage of Powers' console-only release to push a few boundaries.

In this article: brianmichaelbendis, hdpostcross, playstation, playstationnetwork, powers, psn, sony, sonypicturestelevision, streaming, television, tv, video
All products recommended by Engadget are selected by our editorial team, independent of our parent company. Some of our stories include affiliate links. If you buy something through one of these links, we may earn an affiliate commission.