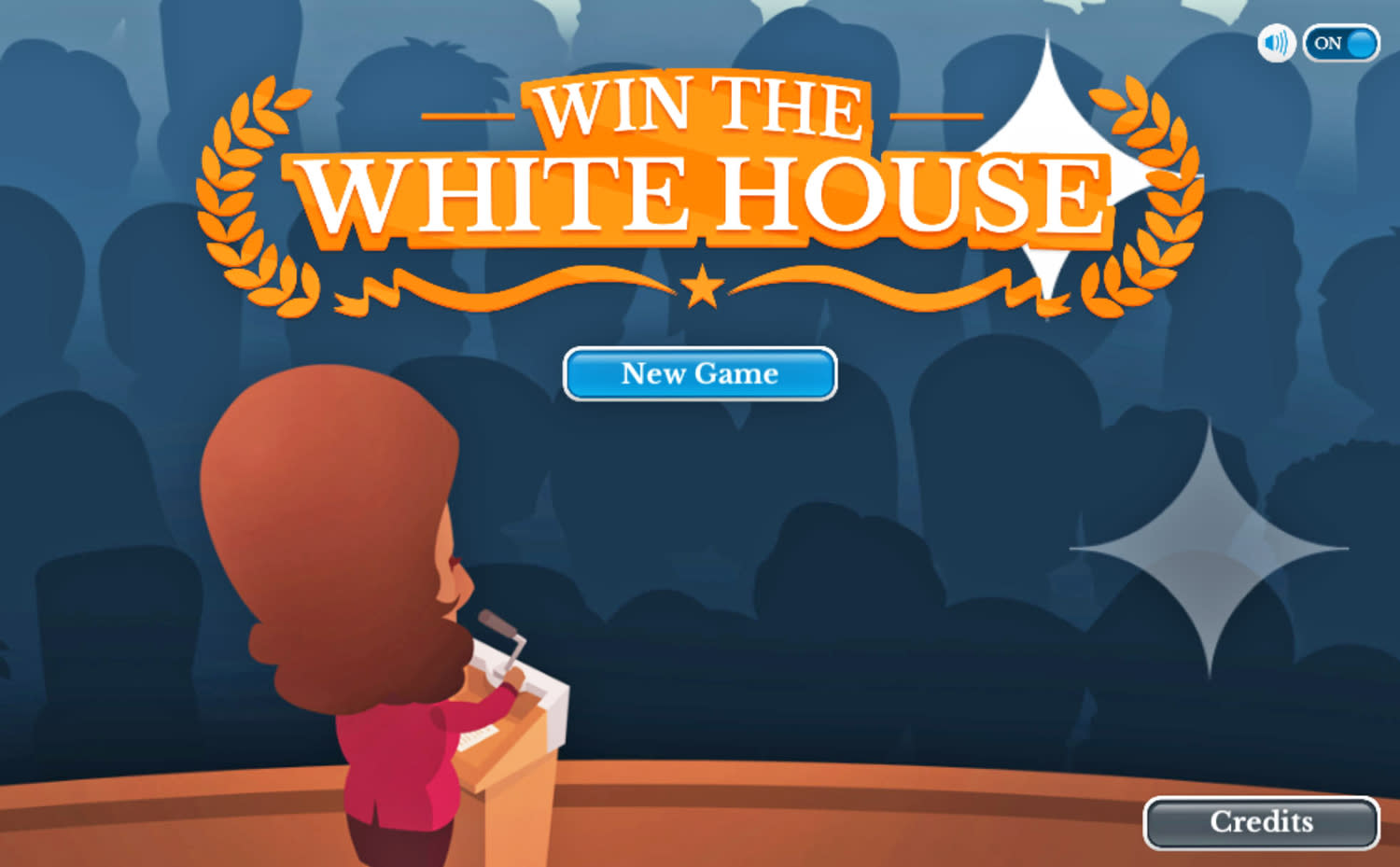 If you think it's too late to change careers, consider 86-year-old former senator and Supreme Court justice Sandra Day O'Connor, who recently became an app developer. Her educational company iCivics has launched a new version of Win the White House, a timely game that teaches kids how presidential campaigns work. Unlike the real-life Jerry Springer-like primary, the game teaches pupils how to run civilly on issues from gun control to alternative energy. "A quarter of students cannot demonstrate a proficient knowledge of how our government works," Day O'Connor told the New York Times.

You first choose your party (Democrat or Republican), home state, appearance, gender and pet issues. Then, you participate in a series of primary debates via a series of quizzes to demonstrate the necessary proficiency. After showing you understand the core talking points, you can choose "maverick issues" like gun control that differ from the party line. Eventually, you're chosen as the presidential candidate and can pick a slogan and running mate. (You also get cool campaign T-shirts, bumper stickers and more.)

iCivics offers 19 apps in total on topics ranging from international affairs to the US judicial branch. Day O'Connor is not the first former politician to develop games, as Donald Rumsfield recently launched a military strategy app. Over 250,000 students have already played Win the White House, which comes with lesson plans and other tools for teachers. Assistant Principal Anna Nelson told the NYT that the game "taught [students] so many things in one short simulation," leading to increased interest and class discussions about politics. The only problem may be a lack of realism, as candidates remain polite throughout gameplay. As one Twitter pundit put it, the current US primary contenders need to learn that lesson more than the students do.

In this article: app, culture, Educational, gaming, iCivics, politics, PresidentialCampaign, SandraDayOConnor, SupremeCourt, WinTheWhiteHouse
All products recommended by Engadget are selected by our editorial team, independent of our parent company. Some of our stories include affiliate links. If you buy something through one of these links, we may earn an affiliate commission.