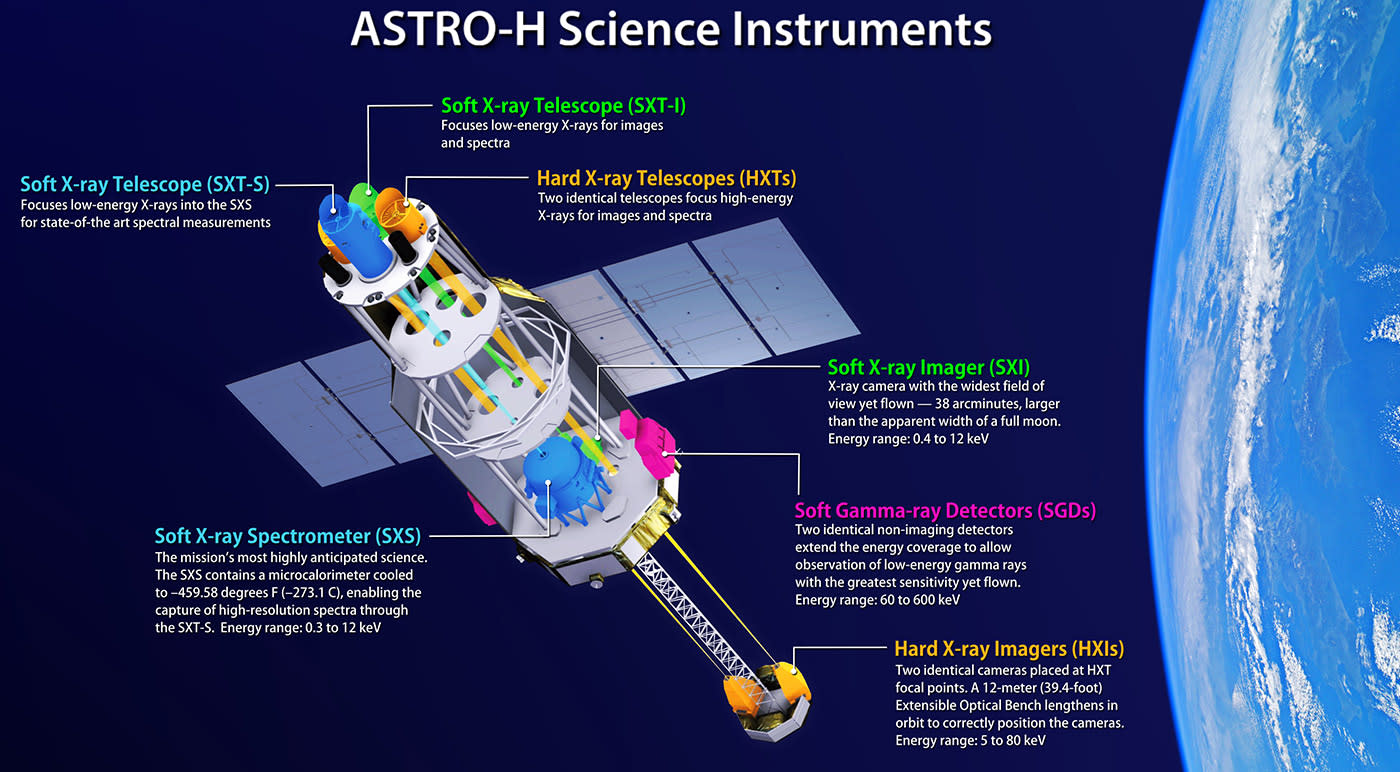 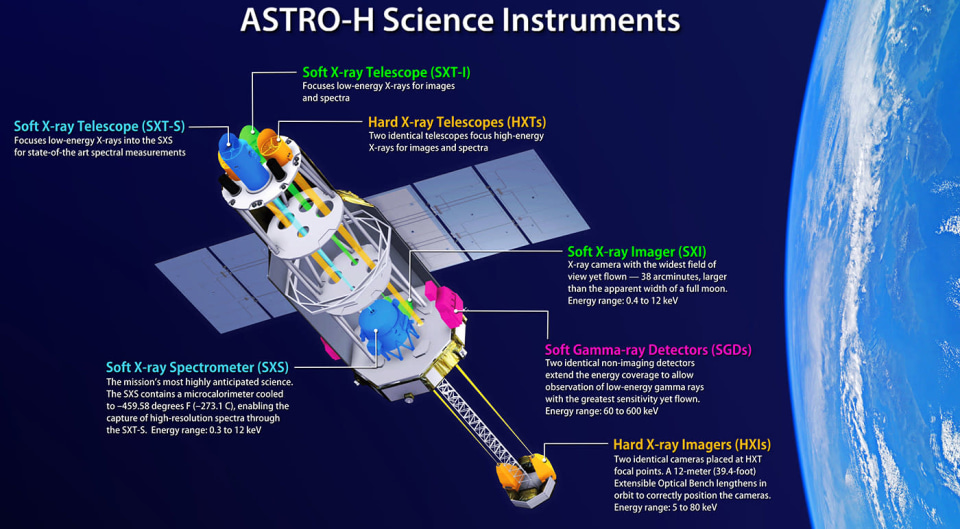 Japan's JAXA space agency is struggling to figure out what happened to its Astro-H "Hitomi" satellite after it lost contact on Saturday. Radar data from the US Strategic Command's Joint Space Operations Center (JSpOC) initially showed that several parts may have broken off and JAXA's radar has spied at least one separated piece. Yesterday, scientists received intermittent signals from the craft, showing that it might be at least partially functional. However, amateur video now appears to show the $360 million X-ray telescope-equipped craft tumbling through space.

A video shot by amateur astronomer Paul Maley (below) shows the satellite flickering as it streaks across the field of view. That likely indicates that the satellite is spinning as sunlight flickers off of its solar panels and other reflective surfaces. "The fact that it is rotating with extreme variations in brightness indicates that it is not controlled and that some event caused it to begin its rotation," Maley tells National Geographic.

Speculation about the cause of the problem has ranged from a battery explosion to a gas leak to a collision with debris or a small meteorite. The news is obviously bad for JAXA and its partners, including NASA and the ESA, particularly since Japan lost its previous two Astro X-ray satellites. At this point, JAXA can't even diagnose the craft's state of health from the brief signals it received. However, the pieces that broke off may be insulation or other non-essential parts and JAXA says it's doing "its best to recover communications with Hitomi," and possibly rescue the craft.

In this article: accident, anomaly, Astro-H, Hitomi, JAXA, mobile, Satellite, science, space, video, X-ray
All products recommended by Engadget are selected by our editorial team, independent of our parent company. Some of our stories include affiliate links. If you buy something through one of these links, we may earn an affiliate commission.