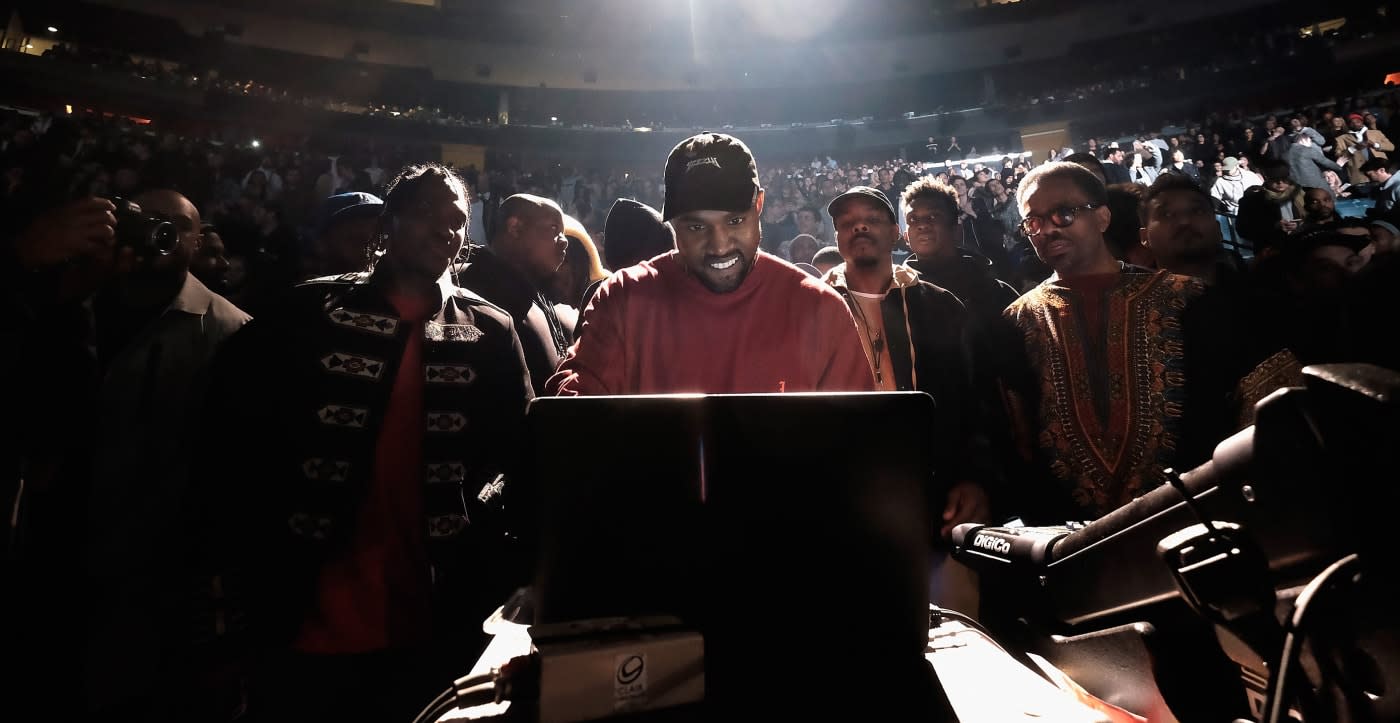 Anyone who's familiar with Kanye's antics knows to always take his words with a grain of salt. Back in February, after releasing The Life of Pablo exclusively on Tidal (a music service he owns a stake in), West tweeted that the album would "never never never be on Apple [Music]." But, thankfully for some of his fans, it looks like that statement won't hold true. According to reports from Mashable and Recode, citing sources familiar with the matter, TLOP will be released on Apple Music and Spotify this Friday, April 1st. Shocker.

Over the past few days, songs from the The Life of Pablo started showing up outside of Tidal. First it was Famous, a track that gives Taylor Swift a shoutout and, most recently, I Love Kanye -- as if we needed reassurance of Kanye's love for himself. Leading up to tomorrow's purported arrival of The Life of Pablo on Apple Music and Spotify, Kanye has updated the album for Tidal listeners, making changes to 12 of the 19 songs featured on it. It's not the first time he's done this, however: Wolves recently saw the reintroduction of vocals from artists Vic Mensa and Sia.

If you're an Apple Music or Spotify subscriber, we don't recommend holding your breath for TLOP. Because this is Kanye we're talking about, and in the life of Kanye, anything can happen.

Update: Def Jam has confirmed to The New York Times that you'll be able to stream "a newly updated, remixed and remastered version" of TLOP on all major services by midnight on Friday. If you've been meaning to cancel your Tidal subscription, then congratulations.

In this article: AppleMusic, av, culture, entertainment, internet, Kanye, KanyeWest, LifeofPablo, musicstreaming, Spotify, streamingmusic, TheLifeofPablo, Tidal, TLOP
All products recommended by Engadget are selected by our editorial team, independent of our parent company. Some of our stories include affiliate links. If you buy something through one of these links, we may earn an affiliate commission.