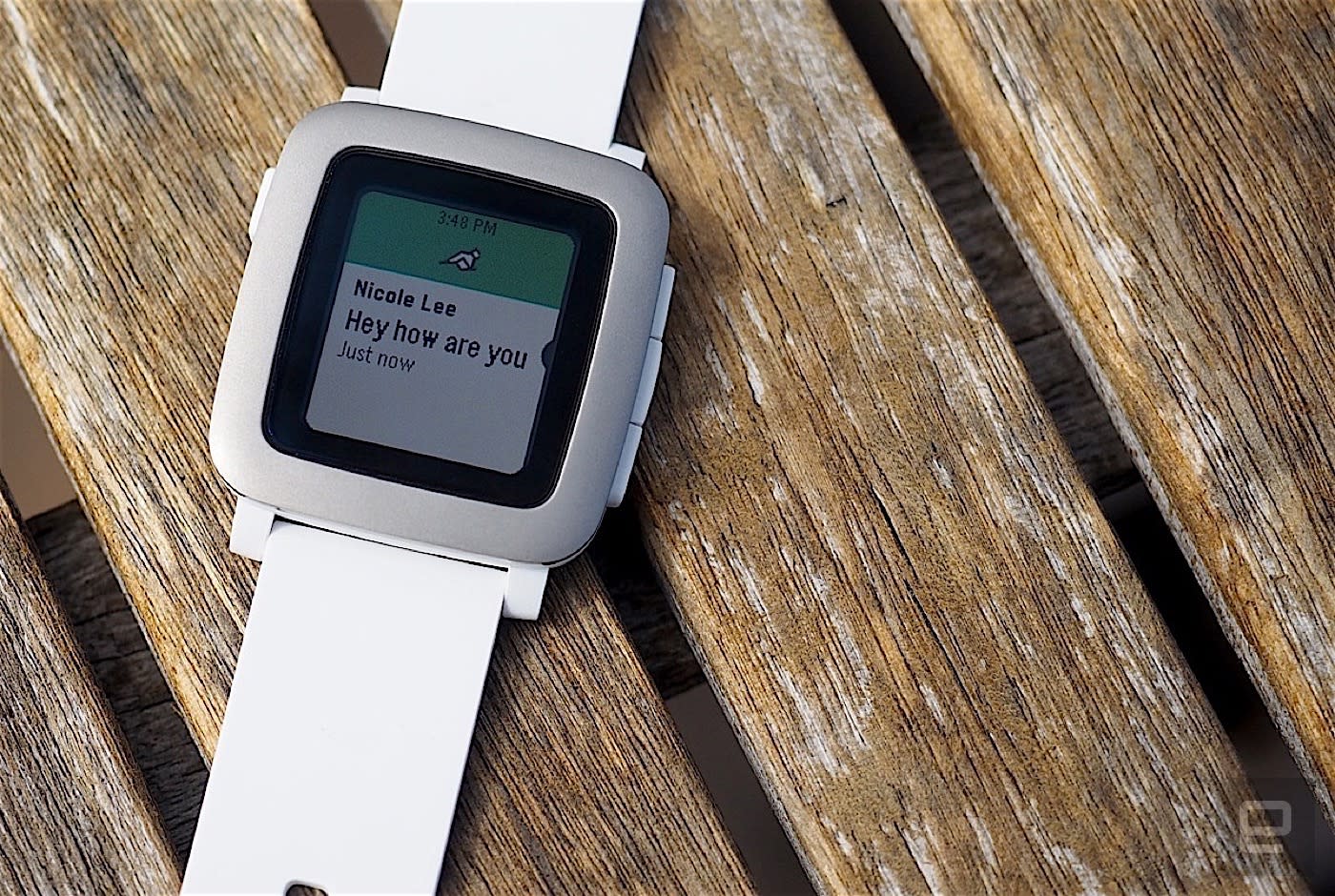 Back in November, Pebble unveiled a Text Reply feature for iOS, finally letting iPhone users respond to incoming text messages on their Pebble smartwatch with a voice note or a canned text response (Custom messages were enabled in February). Unfortunately, the feature was only available for those on AT&T. Now, however, iPhone users on Verizon can enjoy the same benefit as well, thanks to a new Version 3.11 update. The Text Reply feature is available for all Pebble watches, though voice reply is restricted to just the Time models.

The update brings a number of other improvements as well. Sleep-tracking now promises to be more accurate, with added support for daytime naps that are longer than an hour. There's also a new snooze feature that'll bring up timeline alerts a little closer to the start time of an event. Those aforementioned Time-series smartwatches will also get more vibration patterns to choose from.

Last but not least, the Pebble app itself is getting a name change. The "Pebble Time" app is now "Pebble" while the old Pebble app will now be "Pebble OLD VERSION." According to the company, this is to indicate that all Pebble smartwatches will be able to run firmware 3.0 and up, not just the latest Time models. To get the latest update, head on over to the Google Play or the Apple App Store; it should be there starting today.

In this article: gear, ios, mobile, pebble, pebbletime, textmessages, verizon, wearables
All products recommended by Engadget are selected by our editorial team, independent of our parent company. Some of our stories include affiliate links. If you buy something through one of these links, we may earn an affiliate commission.