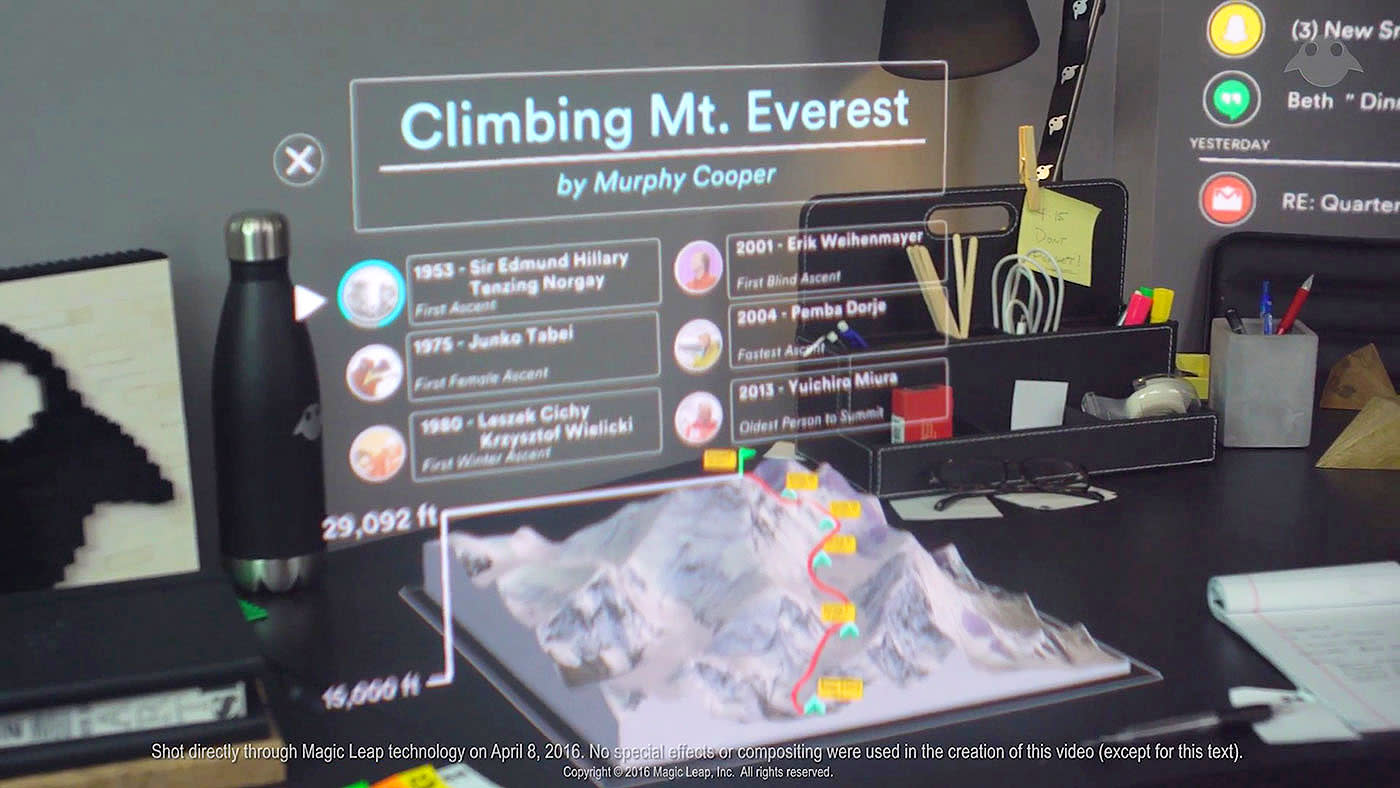 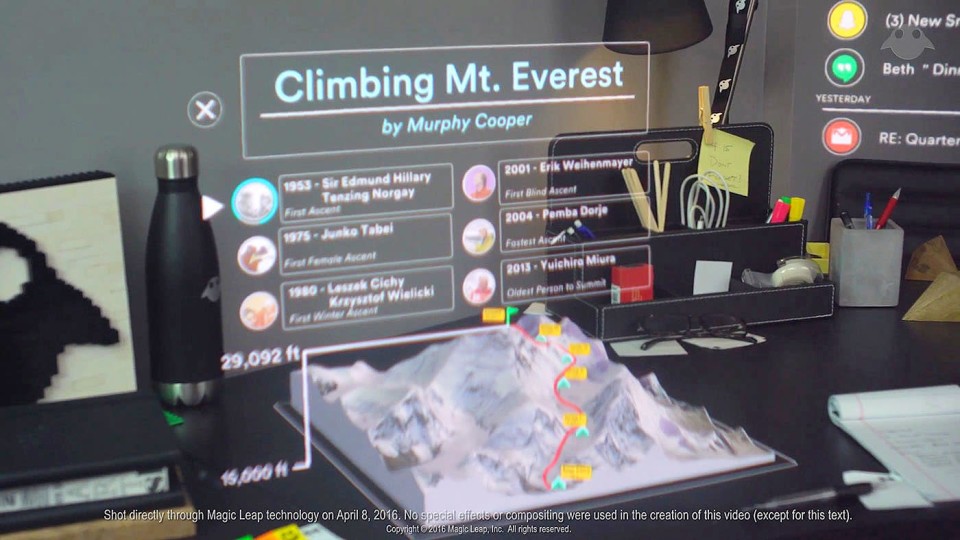 Despite billions in funding and board members like Peter Jackson and Sundar Pichai, there's still a lot of mystery around Magic Leap's augmented reality (AR) tech. We know that it's making a self-contained, high-resolution AR headset that seamlessly inserts digital elements into the real world, much like Microsoft's Hololens. We've also seen a patent application and a spectacular gaming concept video. However, the company has revealed a bit more new information about its vision for Magic Leap via a new demo video (below) and a feature article from Wired.

The company made a significant step by doing its first press demo, but Wired didn't say what the product looked like or how it worked, exactly. There's still no timeline for release, either, but Magic Leap did give a few more clues about its tech. For one thing, CEO Rony Abovitz prefers to call it "mixed reality" rather than AR. He also says the product differs from AR systems like Microsoft's Hololens or Meta AR. To create the illusion of depth, those products use beam-splitting tech to reflect light into users' eyes, which can make it difficult to focus on near and far objects.

Magic Leap, by contrast, uses a "three-dimensional, wafer-like component that has very small structures in it, and they manage the flow of photons that ultimately create a digital light-field signal," according to Abovitz. That doesn't clear things up much, but according to its patent, the company has some kind of fiber-optic projection that simulates how light naturally gets into your eyes, helping them focus on far and near objects more naturally. In addition, the system eliminates the "screen door" effect seen in regular VR displays, according to Wired.

The company says the new video was "shot directly through Magic Leap technology," and contains no special effects or compositing. In it, you can see Minority Report-style notifications and graphics floating in mid-air, a 3D view of Mount Everest and a school of jellyfish swimming through the room. The digital elements look formidably realistic, despite occasional jitter. However, Microsoft's Hololens also looked great in videos, but the limited field of view and other shortcomings only became clear during extended demos.

Microsoft has started shipping developer kits for Hololens, so it clearly has a big lead on Magic Leap. However, the company says it's willing to be patient in order to create an engrossing, natural experience. "That to me is the real Magic Leap, like you crossed through the looking glass and you're on the other side," says Abovitz. Fantasy aside, the clock is starting to tick on the company at least showing a prototype, so hopefully the PR push is a sign that it's nearly ready. With Google as a backer, perhaps we'll hear more news at the I/O conference next month.

In this article: AR, AugmentedReality, demo, gaming, gear, headset, MagicLeap, MixedReality, TL16AR, video, wearables
All products recommended by Engadget are selected by our editorial team, independent of our parent company. Some of our stories include affiliate links. If you buy something through one of these links, we may earn an affiliate commission.