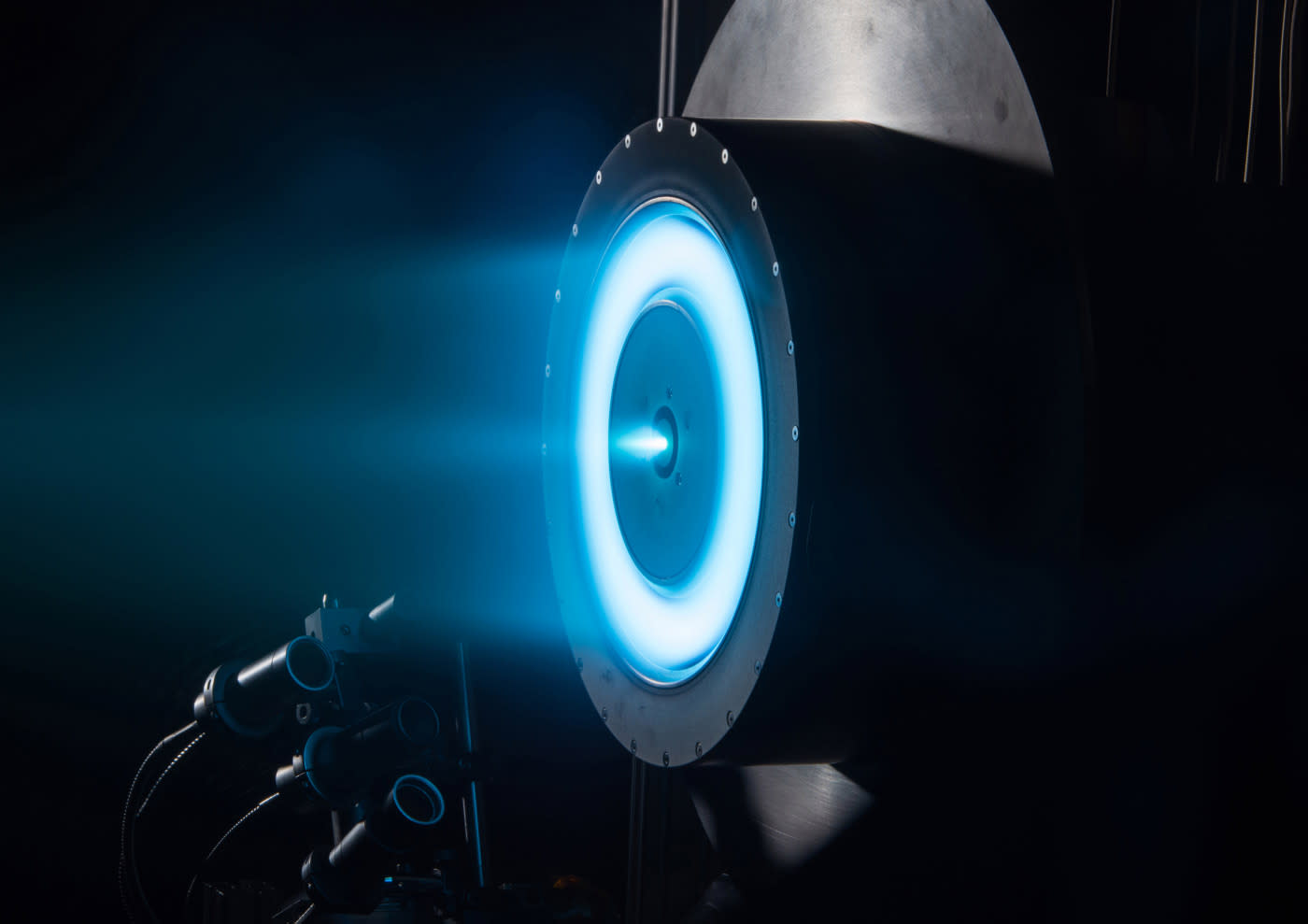 NASA is big on solar electric propulsion (the Dawn spacecraft uses it, for instance) for a good reason: while the engines aren't powerful, they supply thrust for a very long time before giving up the ghost. And it now looks like the agency is ready to double down on that super-efficient tech. It just awarded a $67 million, 3-year contract to Aerojet Rocketdyne in hopes of developing an advanced solar electric propulsion system. The new technology could deliver twice as much thrust, and would be up to 10 times more efficient than chemical engines -- both big deals for deep space missions.

So long as the project pans out, it could be crucial to some of NASA's most important missions. It'll power the robotic side of the Asteroid Redirect Mission, and should also help in the quest to put people on Mars. Whatever money NASA invests now might pay dividends if it gets ships out to far-flung locations relatively cheaply and quickly.

In this article: AerojetRocketdyne, asteroidredirectmission, electric, engine, gear, mars, nasa, science, solar, solarelectricpropulsion, space, spacecraft, transportation
All products recommended by Engadget are selected by our editorial team, independent of our parent company. Some of our stories include affiliate links. If you buy something through one of these links, we may earn an affiliate commission.