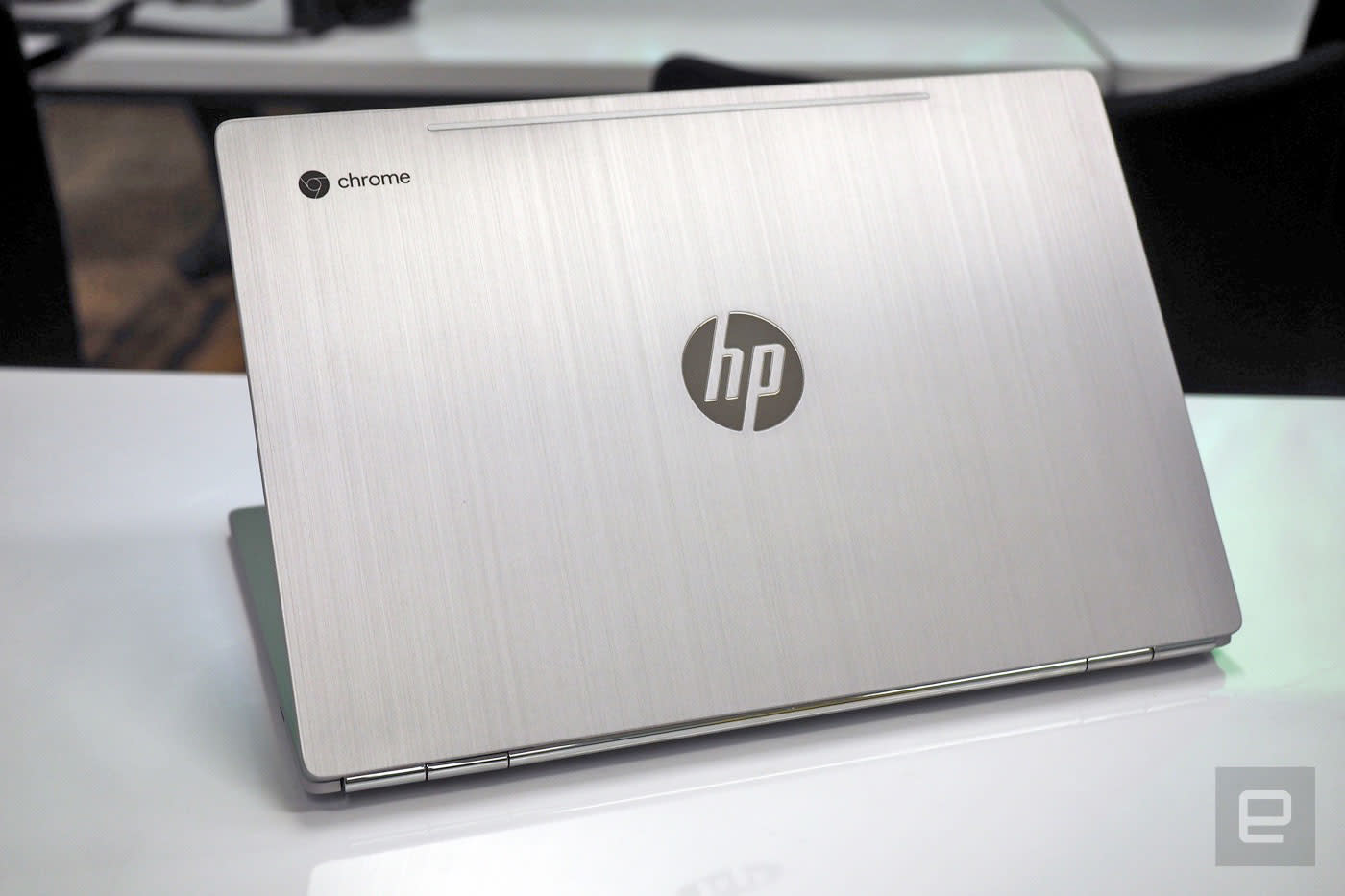 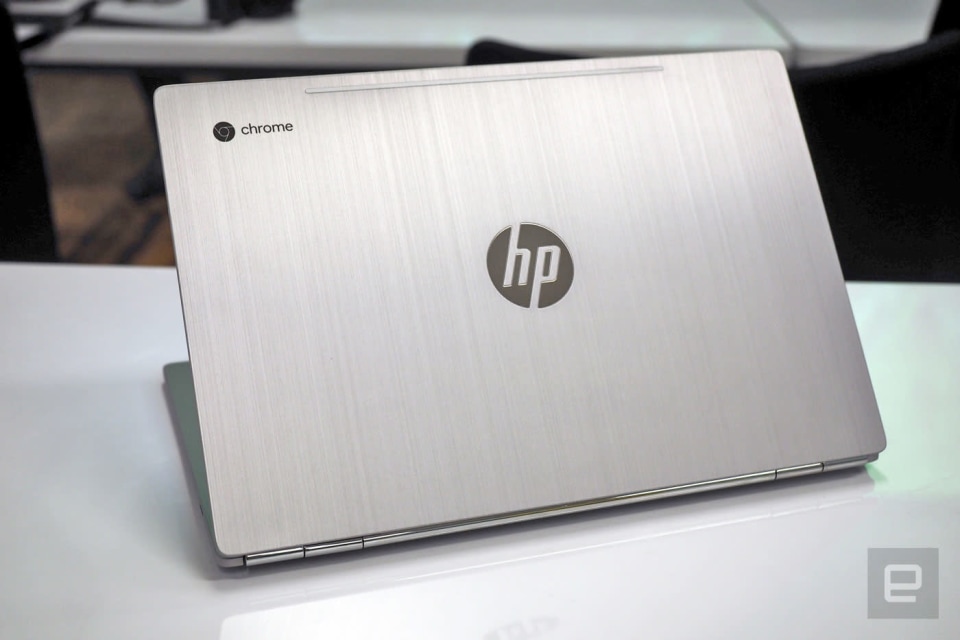 Hewlett Packard is making another Chromebook. This one, dubbed the HP Chromebook 13, is a little different from its previous efforts, though. It's the result of a design partnership with Google and it looks relatively premium. It features an anodized aluminum chassis, 13.3-inch QHD+ display running at 3,200 x 1800 resolution and a thickness of 12.9 mm. Beyond that, the new Chromebook comes with Bang and Olufsen-tuned speakers and weighs just under three pounds (2.86, to be exact) -- depending on how you configure it. HP says this is the first Chromebook to use a 6th-generation Intel Core M processor (as seen in Apple's recently refreshed MacBook) and it's available with up to 16GB of RAM. There's also a USB-C docking setup for it that'll let you hook the Chromebook 13 into multiple displays (ChromeOS supports three simultaneous displays), as well as full-size keyboards and other accessories. HP claims 11.5 hours on a charge of the 45 watt-hour battery and USB-C plays a role here as well, offering an option for fast charging.

The spec sheet suggests why Google might have been involved in the design process: This looks like a pared-down version of the company's Pixel, the ultra-high end Chromebook that many love, but few can afford. This high-end (for a Chromebook, at least) machine is clearly targeted at professionals, with pre-orders starting today at $499. That's a lot cheaper than the Pixel, even if, especially at entry level, it's quite a bit less powerful.

Indeed, our own Dana Wollman and the opportunity to get hands-on with the device at an event in New York today, and found the build quality to be shockingly nice for a laptop that starts at $499. The keyboard is comfortable -- on par with many of HP's other laptops. As for performance, our few minutes of hands-on time obviously doesn't take the place of a full review, but what Dana saw in her quick demo was promising. Whereas many Chromebooks of yore felt like glorified netbooks, the speed on our test machine (Core M3 with 4GB of RAM) is on par with other modern laptops from Apple and various Windows PC makers. The machine is quick to boot, wake from sleep and log in and out. Web pages load quickly and scrolling is brisk. It's hard to quantify after such a brief demo, but trust us: Core M makes a difference over Atom, or Celeron or even Pentium. Aaron Souppouris and Dana Wollman contributed to this report.

In this article: chromebook, chromeos, gear, google, hp, hpchromebook13, intelcorem, personal computing, personalcomputing, qhd, usbc, usbtypec
All products recommended by Engadget are selected by our editorial team, independent of our parent company. Some of our stories include affiliate links. If you buy something through one of these links, we may earn an affiliate commission.