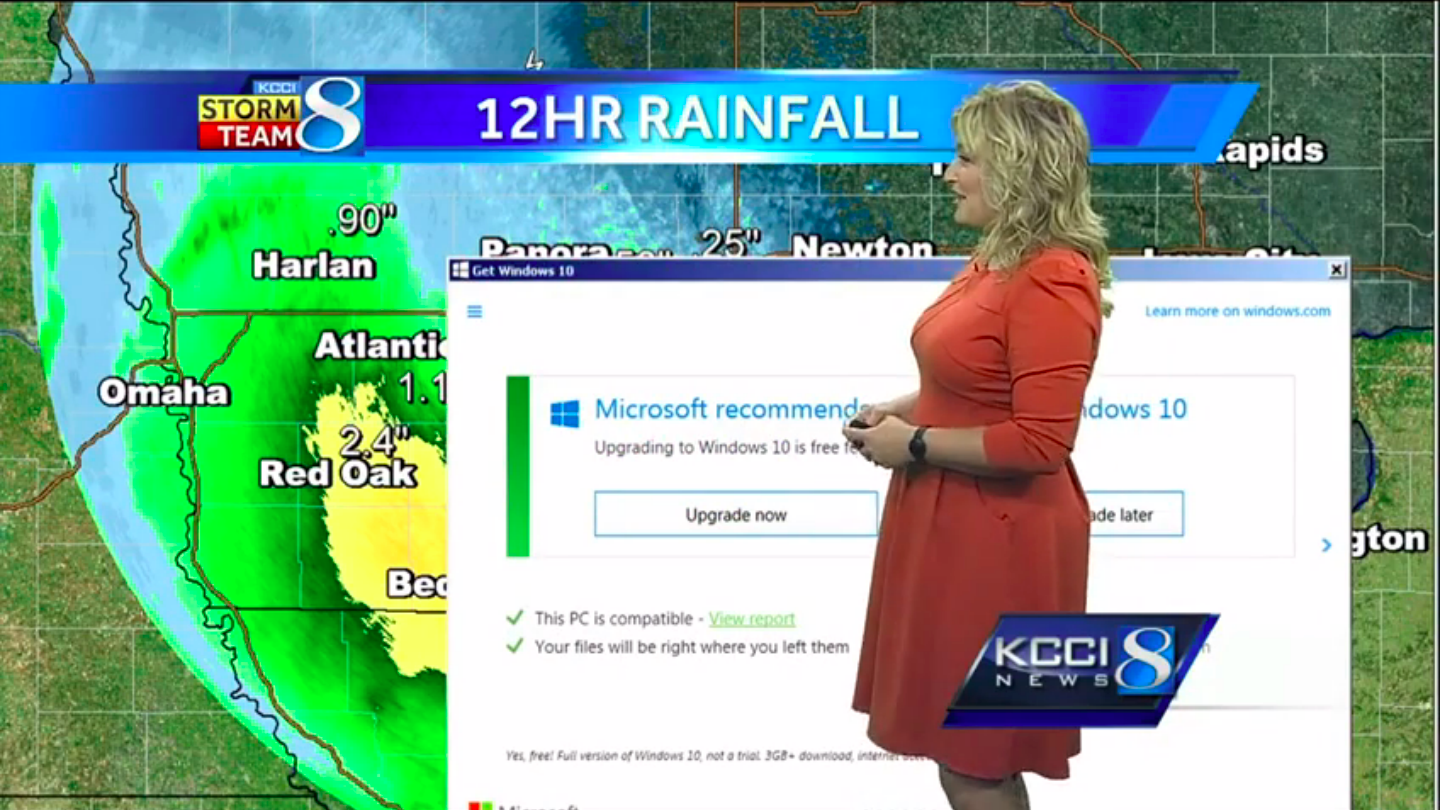 Microsoft made Windows 10 a recommended upgrade for previous versions, and users have reported the desktop operating system asking about a download without warning. There have even been reports of the software installing itself without user consent. It can be rather annoying, and a meteorologist at KCCI in Des Moines observed that first hand. During a live weather report, a pop-up appeared prompting the control room to update to Windows 10. As you can see, these messages are bit more intrusive than the notifications on other platforms, like Apple's OS X for Mac.

Last fall, Microsoft confirmed that is was preloading WIndows 10 installation files on PCs just in case users wanted to upgrade to the latest version. That might sound convenient, but for folks who aren't planning to make the switch, those files demand 3.5GB to 6GB of hard drive space. Of course, the company made updating to Windows 10 free, and the move lead to over 200 million installs in the first six months it was available.

In this article: culture, entertainment, livetv, message, microsoft, personal computing, personalcomputing, popup, update, weather, whoops, windows10
All products recommended by Engadget are selected by our editorial team, independent of our parent company. Some of our stories include affiliate links. If you buy something through one of these links, we may earn an affiliate commission.