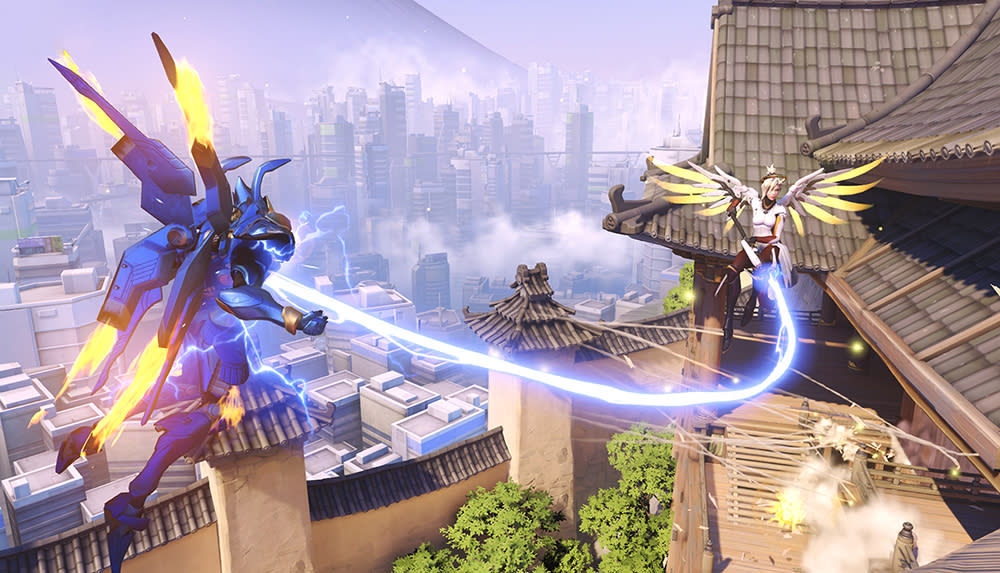 Overwatch, Blizzard Entertainment's team-based shooter, is now available as an open beta for PlayStation 4, Xbox One and PC. So if you've been seeing the endless stream of commercials online and were curious about what the World of Warcraft developer had to offer with this raucous adventure, you can get in on it now for free.

While previously the beta was open this week to those who had preordered the full version, anyone can hop online and join the fight now through May 9th. There's a pretty large spread of content to wade through too, with all 21 heroes available upon download and Quick Play, Play vs. AI, Custom Game and Weekly Brawl modes on tap for maximum carnage. If that's not enough, you can hone your craft with Tutorial, Practice Range and Practice vs. AI modes as well.

As far as duking it out with other players, there's a selection of 12 maps and four multiplayer modes. For Assault, you can head to Hanamura, Temple of Anubis and Voskaya Industries. For Escort games, there's Dorado, Route 66 and Watchpoint: Gibraltar. If you're into Assault/Escort mode, you can hit up Hollywood, King's Row and Numbani. Lastly, for Control games, you'll be exploring Ilios, Lijiang Tower and Nepal.

The full version of Overwatch comes out on May 24th, so if you're interested in previewing it ahead of the end of the month, you'd better jump on it fast. It should make for a good weekend play.

In this article: av, Blizzard, Blizzard-Entertainment, gaming, overwatch, PcGaming, Playstation4, XboxOne
All products recommended by Engadget are selected by our editorial team, independent of our parent company. Some of our stories include affiliate links. If you buy something through one of these links, we may earn an affiliate commission.