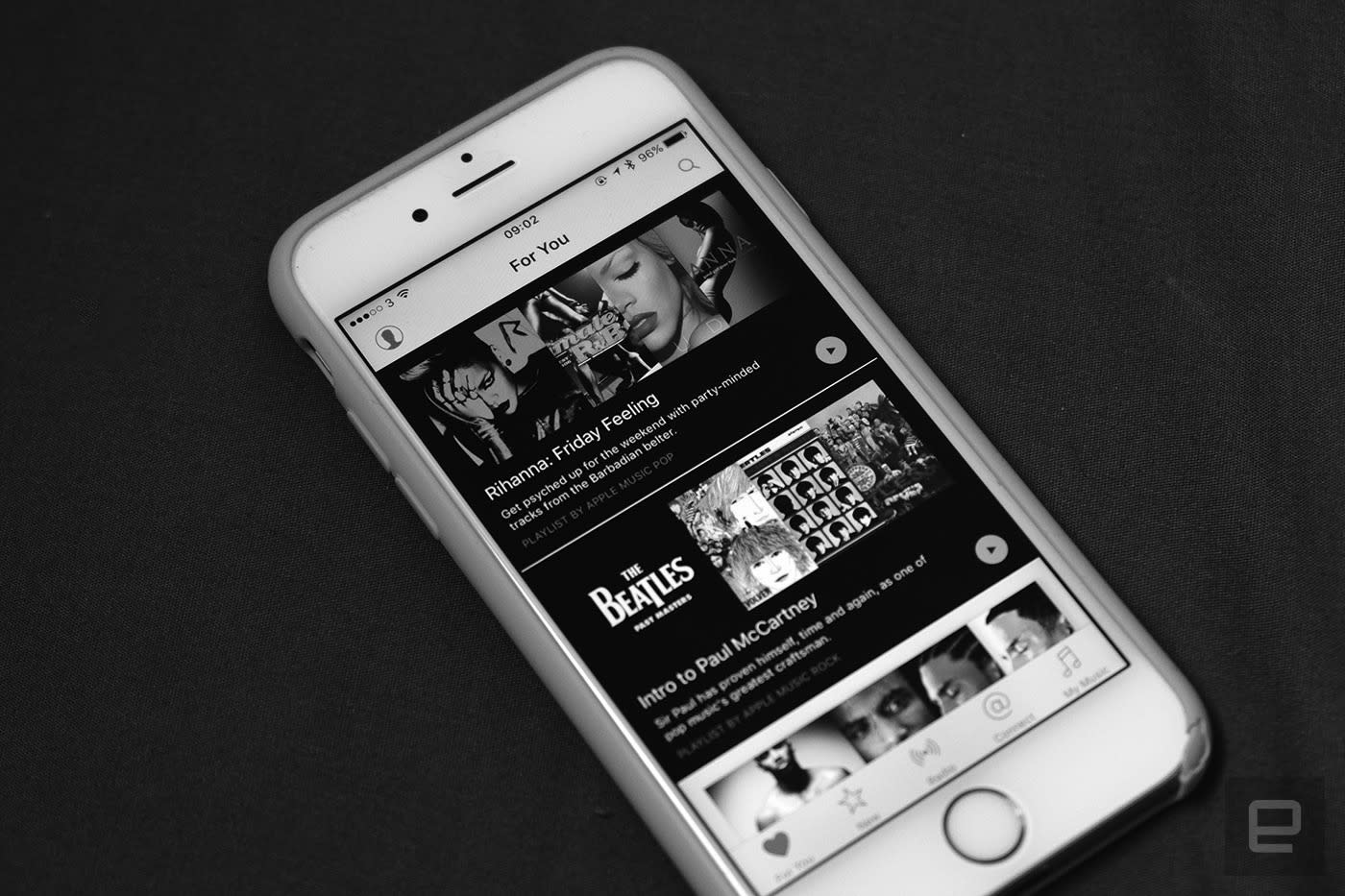 Although it may soon give it a welcome revamp, Apple is finding new ways to lure new listeners to its Music streaming service. The company confirmed today that it has launched a new student membership in seven countries, which offers the same features as regular plans with at least a 50 percent discount. Users simply need to prove they're studying at an eligible college or university to take advantage of the new tier.

Currently, student memberships are live in Australia (A$5.99) and New Zealand (NZD $6.49), but will also be available in the US ($4.99), UK (£4.99), Denmark (kr49) , Ireland (€4.99) and Germany (€4.99) later today. They'll be available for at least four years after a user signs up and can be paused for study breaks. Spotify, on the other hand, provides a student discount for one year before reverting users back to a standard monthly plan.

While Spotify still leads the music streaming market by a fair margin, Apple is making headway. It already trumps its Scandinavian rival's Family Plan memberships, which allow users to add up to five additional members for $14.99 a month. Adding the same number of users would cost $34.99 on Spotify. Given that Apple has offered student discounts on hardware for some time, it's a surprise that it took so long for its music service to do the same.

In this article: apple, applemusic, av, college, entertainment, internet, spotify, student
All products recommended by Engadget are selected by our editorial team, independent of our parent company. Some of our stories include affiliate links. If you buy something through one of these links, we may earn an affiliate commission.