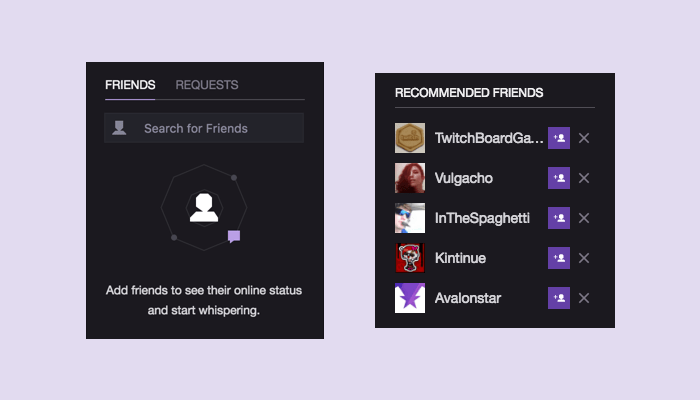 Last month, Twitch continued its transformation into a fully fledged social network with a feature called "Friends." And now the streaming service is opening it up to users, albeit in limited beta form. The list, which can have up to 500 people per account, will let you see who's online and, if need be, send private messages (aka Whispers) with a single click. Right now, Twitch says it has activated accounts for anyone who signed up at PAX East in April, as well as a few other members of the community.

But keep in mind sending a friend request does double as a beta invite, so be sure to share the love with your amigos on the platform. Unfortunately, Twitch didn't offer a timeline for when Friends will be available to everyone, only going as far as noting that it'll happen "soon."

In this article: Friends, FriendsList, GameStreaming, gaming, internet, livestreaming, socialnetwork, streaming, Twitch, TwitchFriends, video
All products recommended by Engadget are selected by our editorial team, independent of our parent company. Some of our stories include affiliate links. If you buy something through one of these links, we may earn an affiliate commission.