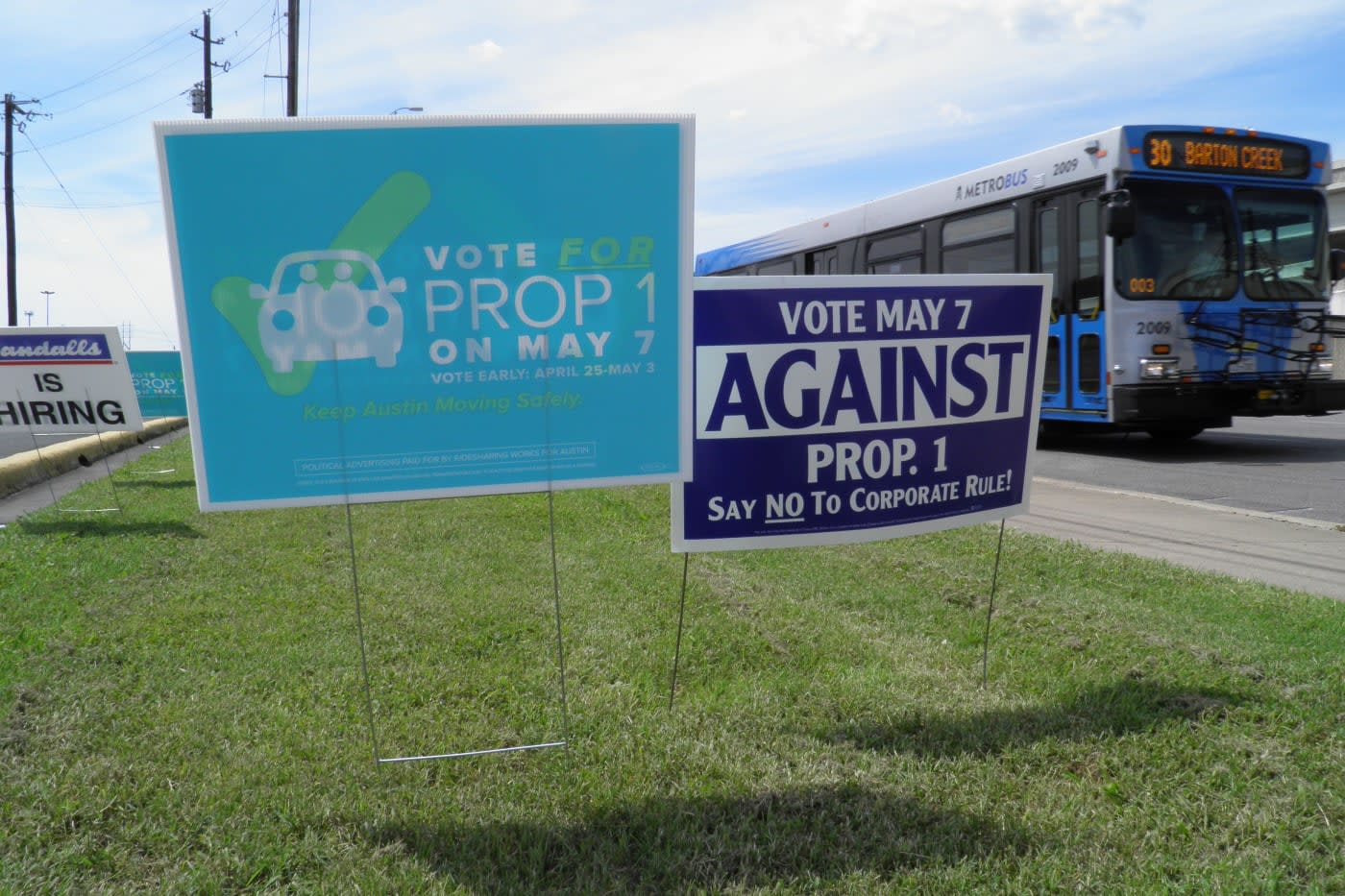 Uber is known for being aggressive when it wants changes to the law -- just ask anyone who has received email after email asking for support. However, its latest effort might have crossed the line. The app-hailed transportation service is facing a class-action lawsuit over a text messaging campaign that called on Austin residents to vote for Proposition 1, which would let ridesharing companies operate without running fingerprint background checks. The lawsuit claims that Uber not only spammed Austinites with "vote for Prop 1" messages without their consent, but made it difficult to avoid those promos. Text replies went unanswered, and calling the source number would only give you an automated error message. In other words, it sounds like the sort of robodialer that would violate the Telephone Consumer Protection Act.

For its part, Uber maintains that it isn't doing anything wrong. It took "great precaution" to stay on the right side of the law, according to a statement. It even suggests that the lawsuit has a sinister motive, since news of it broke at an anti-Prop 1 event. Whether or not there's a hidden agenda is likely beside the point, though. It's hard to deny that Uber messaged a lot of people without permission, and in many cases did it multiple times.

Whatever happens, the vote (which happens today, May 7th) could be crucial to deciding the fate of ridesharing in Austin. Both Uber and its rival Lyft have threatened to quit Austin if Prop 1 doesn't pass. That could be a big blow to a city that not only thrives on music and tech conferences, but is highly dependent on cars -- its mass transit system isn't exactly world-famous. At the same time, it's hard to imagine concerned locals backing down when a handful of drivers have committed sexual assault and other crimes that might have been prevented through stricter background checks.

In this article: austin, class-action, ClassAction, culture, gear, internet, law, lawsuit, politics, prop1, proposition1, ridesharing, services, spam, tcpa, telephoneconsumerprotectionact, transportation, uber
All products recommended by Engadget are selected by our editorial team, independent of our parent company. Some of our stories include affiliate links. If you buy something through one of these links, we may earn an affiliate commission.