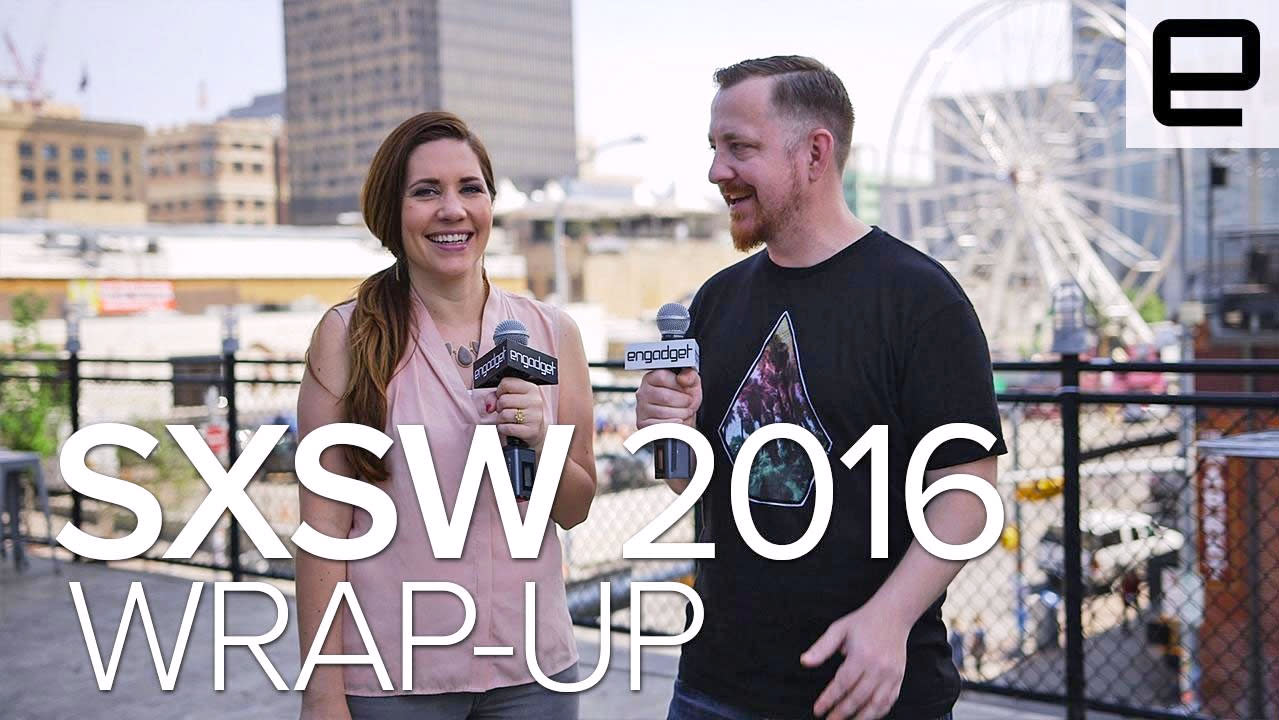 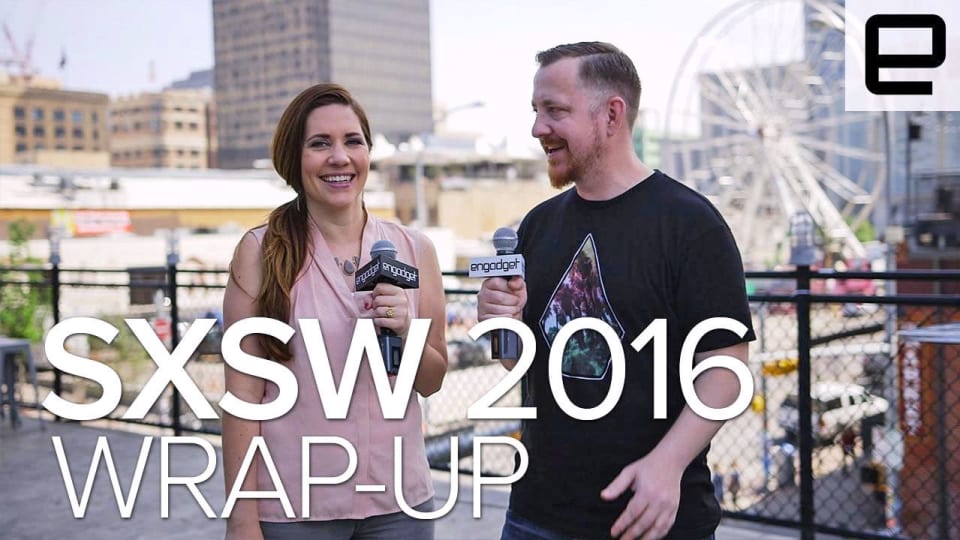 So much happened at SXSW, where to start? Well, you may have heard that the President rolled into town. He took the chance to warn -- the mainly tech crowd -- about not being "absolutists" on encryption, given what a hot topic that is right now. Meanwhile, Sony's R&D Lab debuted the prototype for its new Arc wearable speaker, which is worn around the neck, has voice commands and even a camera inside. Samsung, not to be outdone, showed up with headphones that let you "feel" movement in VR games via electrical impulses. We're aware that sounds like some kind of torture tool, but it is what it is.

Facebook on the other hand encourages you to tell it who your digital next of kin is. It's less creepy than it sounds, we promise; it's all about making sure your online legacy lives on, just as you'd want it to. Plus there was the usual flow of wild, wacky weird (and important) discussions, shows and just-for-the-heck-of-it stuff. Just another typical week in Austin, Texas then?

The Engadget Editors on SXSW

As a Brit abroad, I had high hopes that SXSW would live up to its reputation for good times and southern hospitality. I wanted big ideas, beer, BBQ, cowboys... the works. Sadly, not too many Stetsons floating around (I'm kidding, I know this isn't Dallas), but pretty much everything else I'd heard about the show delivered.

As for what we were going to see at the show itself? I had pretty much no idea. Unlike CES or MWC where we know we'll see phones, TVs and smart everything, SXSW -- by its very definition -- is about breaking down boundaries, and stepping into the unknown. It's about trying to do something different, which for us means hitting a ton of panels, and then getting a rickshaw over to the next big idea.

I got to see robot improv comedy, some music-making swings, collaborative musical art, and enjoy an "augmented" concert. It's a tough job, but somebody's got to do it. Peer past the party veneer though, and there's some serious stuff going on. NASA hot shots were in town ramping up interest in getting humans to mars, and the sober topic of online harassment got the airtime it deserved. For me, though, the highlight was getting a 3D avatar made that can pretty much match my world famous dance moves. You can check it out right at the end of the video in this post.

Trying to sum up a show as vast and varying as SXSW would generally be an exercise in frustration. But for me, the trip started with President Obama's keynote which I got to cover live. I've never been in the same room as a president before, and getting to cover his remarks on important issues concerning our country that also dovetail perfectly with Engadget's mission was a privilege that I'll always remember.

After that, the week was a whirlwind of panels, meetings, strange demos and BBQ, none of which quite measured up to the way things started. That said, getting to hear JJ Abrams speak was pretty cool, too. And as fate would have it, one of my favorite bands CHVRCHES was recording an episode of the podcast Song Exploder in town, so I got to catch that at the tail end of the journey. Bookending the trip with President Obama and CHVRCHES makes for a pretty great time in Austin.

And, of course, assembling the Engadget cyborg from various points of the world is always a delight unto itself.

The social side of SXSW

If you've been following our coverage this week (across Facebook, Twitter, Instagram, Periscope, Snapchat, Tumblr and Vine), you'll know that SXSW is also the place where the tech elite come to play. Jump into the gallery below, to take a look back at some of the best (and our favorite) candid moments from SXSW Interactive 2016.

So long Austin, see you next year!

In this article: culture, entertainment, internet, jamestrew, monalalwani, nateingraham, recap, sxsw, sxsw16, sxsw2016
All products recommended by Engadget are selected by our editorial team, independent of our parent company. Some of our stories include affiliate links. If you buy something through one of these links, we may earn an affiliate commission.