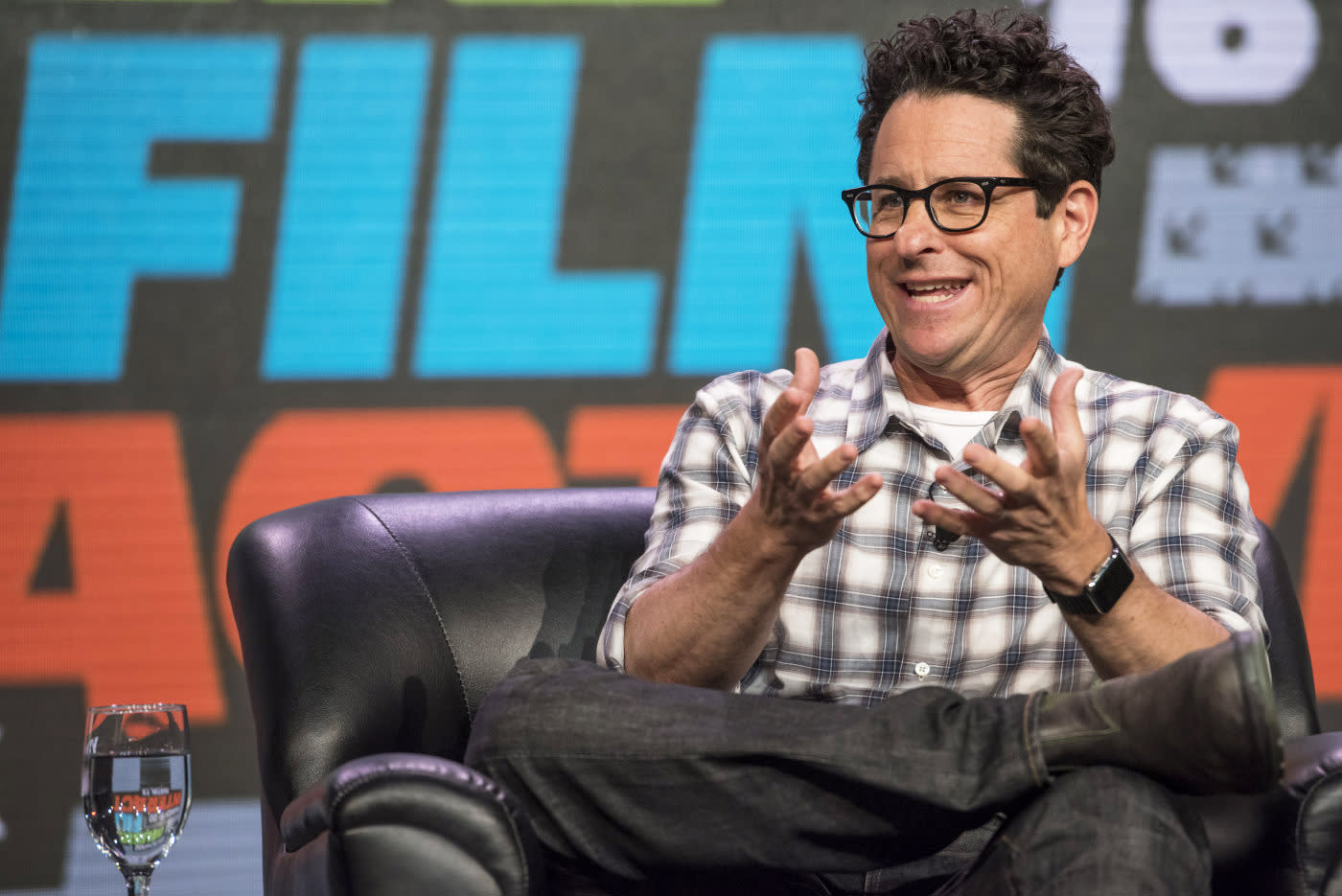 After President Obama's keynote, a SXSW session featuring J.J. Abrams alongside his friend Andrew Jarecki (writer and director HBO miniseries The Jinx: The Life and Deaths of Robert Durst) was probably the hottest panel of the conference. Around 2,000 attendees showed up to get a tease of West World, the HBO series Abrams is executive producing, and hear a conversation between Abrams and Jarecki about how technology has changed filmmaking for the better.

"The challenge with what we all do, using whatever technology is that we use, is to hide it, in a way," Abrams said. "The machinery -- whether it's the technology of what a story is, the map of a story, whether it's the technology you're using to code something -- you're trying to make that invisible so that the audience or the user is having as effortless an experience as possible and they're as engaged as possible."

It was an apt comparison to make at a conference at which so many attendees are writing code rather than movie scripts, and it also speaks to the way Abrams approached his work on Star Wars: The Force Awakens. He's talked about it a lot before, but Abrams again reinforced the way he thought about using technology in the film and making sure it stayed out of the way of the story. "The idea was, in the case of Star Wars, to both create a sense of analog authenticity visually, and most importantly to make sure the humanity of the characters wasn't getting lost wherever possible," he said. "That was our ambition, it's up to every viewer to decide whether that worked — but that was the idea, to try and make sure the movie felt as human and as emotional as possible."

Abrams and Jarecki both talked about how technology has democratized the creative process, whether you're a major filmmaker or just someone with an iPhone. One of the things that struck Jarecki in particular is how miniaturization has changed the game. "As things become miniaturized, you have the opportunity to be everywhere with a camera," he said -- an important trait for someone with a documentary filmmaking background.

Abrams has found now that there's a lot more work that he can do in-house at Bad Robot, noting that he shot almost 10 minutes of The Force Awakens at Bad Robot's facilities. "We used to need the giant stages, the giant lights, the giant cameras ... you used to need all this equipment and get permission to use it and it cost an arm and a leg," Abrams recalled. But now, it's a lot easier to shoot things that are worthy of being in huge-budget pictures like Star Wars.

To that end, Jarecki showed off an iPhone app he developed and launched earlier this year called KnowMe, which is meant to sit between the dead simplicity of something like Snapchat and more-complex editing tools like iMovie. He did a live demo, stringing together some clips he shot of himself talking to the camera with photos he shot around Austin to show off the SXSW experience. The idea: Get people to use the tools they have to start telling more stories. To that end, he and Abrams are having a little KnowMe contest; the maker of the best SXSW video will win a "Bad Robot" of their own.

As with so much of SXSW, the message from both Abrams and Jalecki was to get the community contributing to creative endeavors rather than just sitting on the sidelines. "Everyone in this room has in their pockets a movie studio and a distribution studio," Abrams said. "There's no excuse to not tell the story we want to tell, and that's unbelievable."

In this article: andrewjarecki, av, culture, entertainment, jjabrams, starwars, sxsw, sxsw2016, theforceawakens, thejinx
All products recommended by Engadget are selected by our editorial team, independent of our parent company. Some of our stories include affiliate links. If you buy something through one of these links, we may earn an affiliate commission.