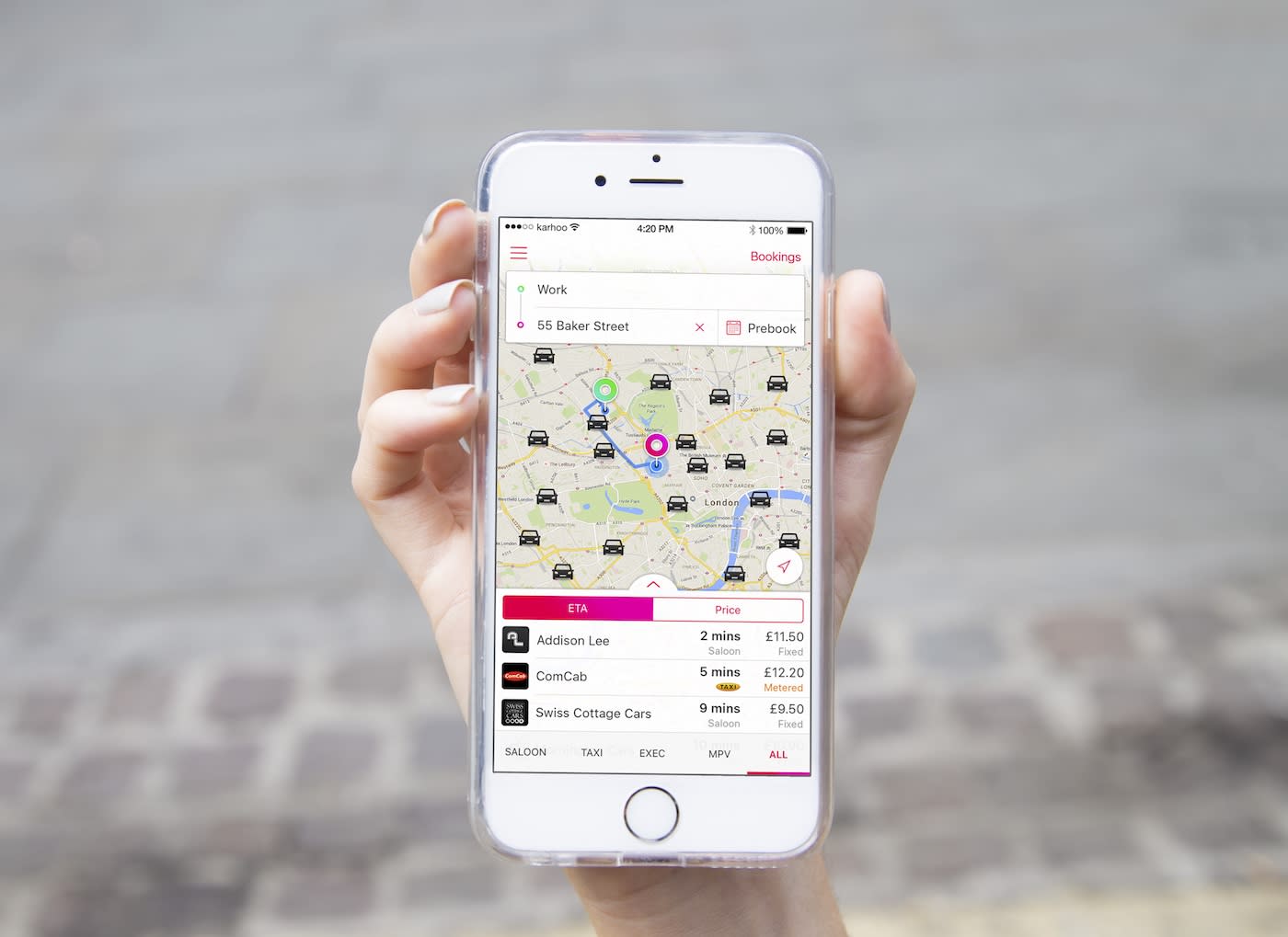 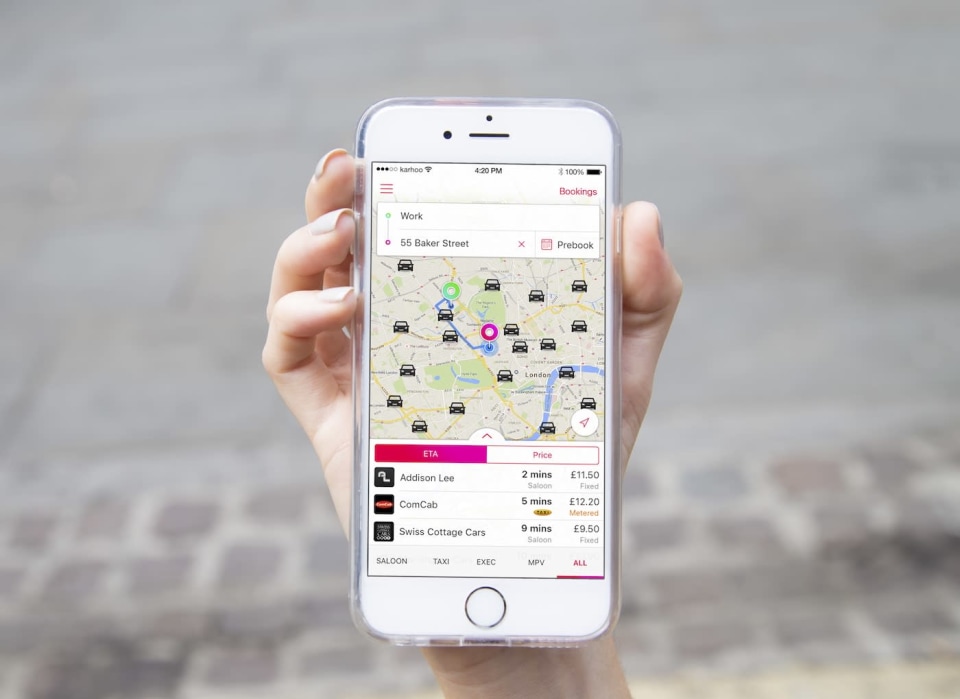 Since Uber launched, taxi-booking companies have scrambled to create their own mobile-first services that give customers plenty of options, but ultimately lock customers to their fleet of drivers. A new entrant, Karhoo, launches as yet another of those types of apps, but it's playing things a little differently from Uber and its rivals. It's signed up 80,000 drivers of licensed black cabs, minicabs and executive cars (a third of which are in London) to provide a price comparison service for taxis across the UK.

Unlike Hailo and Gett, which exclusively deal with black cabs, and Kabbee, which currently partners with private car companies, Karhoo operates an open platform that lets any company (except Uber) connect their own systems to the app. In London, ComCab -- provider of licensed taxis and black cabs -- has already plugged into the service, as has Addison Lee, KV Cars, Swiss Cottage Cars and Mornington Cars.

When launched, Karhoo determines a user's location and shows the availability of cars in their area. Journeys can be sorted by price, estimated time of arrival or type of vehicle, if there's a need for luxury or a few additional seats. Because its system enables real-time data sharing, Karhoo can also tell supporting cab companies where demand is, allowing them to direct their fleet to wherever is busiest.

One key thing Karhoo has over Uber, however, is that it also provides the ability to pre-book a taxi, whether it's on the same day or up to a year in advance. That's something that Transport for London (TfL) considered forcing Uber to do in the capital, but later decided against it.

Although Karhoo is launching in London today, the company plans to expand to New York and Singapore by 2017. It predicts that within a year it'll allow customers to book through its app in 100 cities across the world.

Having a large number of vehicles on its app is one thing, but Uber has managed to squeeze its traditional counterparts by offering good service at a low price. Customers will ultimately decide whether Karhoo's (and its partners') service is up to scratch, but taxi companies may have just got a leg up in their fight against their app-based rivals.

In this article: app, e-hailing, gear, internet, karhoo, london, mobile, taxi, uber
All products recommended by Engadget are selected by our editorial team, independent of our parent company. Some of our stories include affiliate links. If you buy something through one of these links, we may earn an affiliate commission.