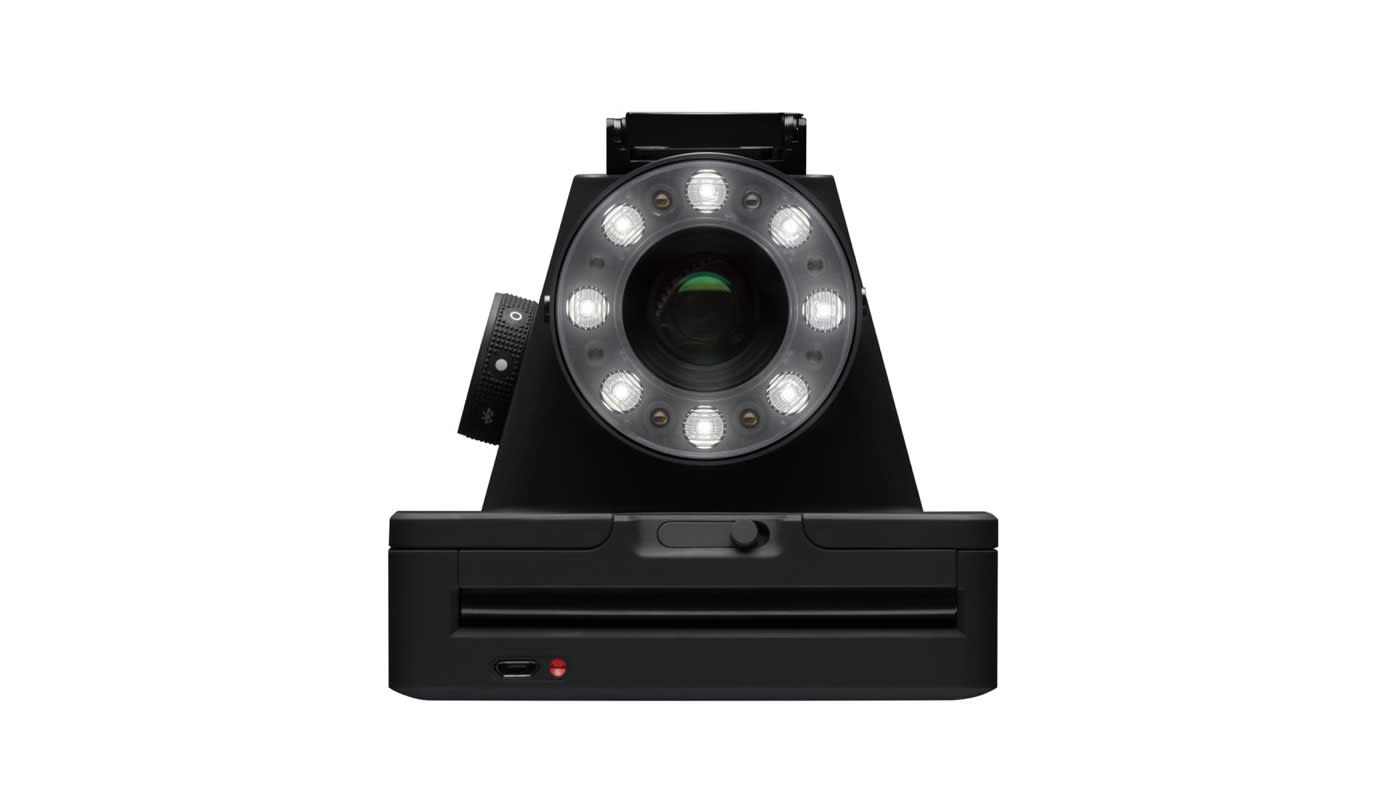 The Impossible Project is continuing its mission to sustain and grow the instant film market with the I-1, its first original camera. The new hardware is launching today for $299, both online and in a limited number of stores. It's a huge milestone for the company, which was born after the team acquired some of Polaroid's old factory equipment in 2008. While Polaroid struggled to find its place in the photography industry (many would argue it's still looking) Impossible saw an opportunity to create a new, modern business. It began developing and selling its own instant film, hinting occasionally at a camera of its own. Now, years later, it's finally delivered.

The I-1 works with Impossible's new I-type film -- available in both color and black and white packs -- and 600 type film. The camera has an unusual, triangular shape, dominated by a ring flash on the front and a flat, boxy compartment for the film. On its own, it's a perfectly functional piece of kit, however if you have an iPhone you can also unlock additional, creative features. These include a manual mode, complete with aperture and shutter speed settings, as well as the ability to do light painting and double exposures. There's no word on an Android app, however. To coincide with the I-1's launch, Impossible has revamped all of its color film. They now develop "in half the time" and use a simple color scheme on the box -- red, blue, green or yellow -- to tell you whether it's compatible with your camera. Analog photography, especially instant film, is still an expensive pursuit, but the Impossible Project is working hard to make it more attractive. The format may never reach its former popularity, but the company wants to prove it still has a place in modern photography.