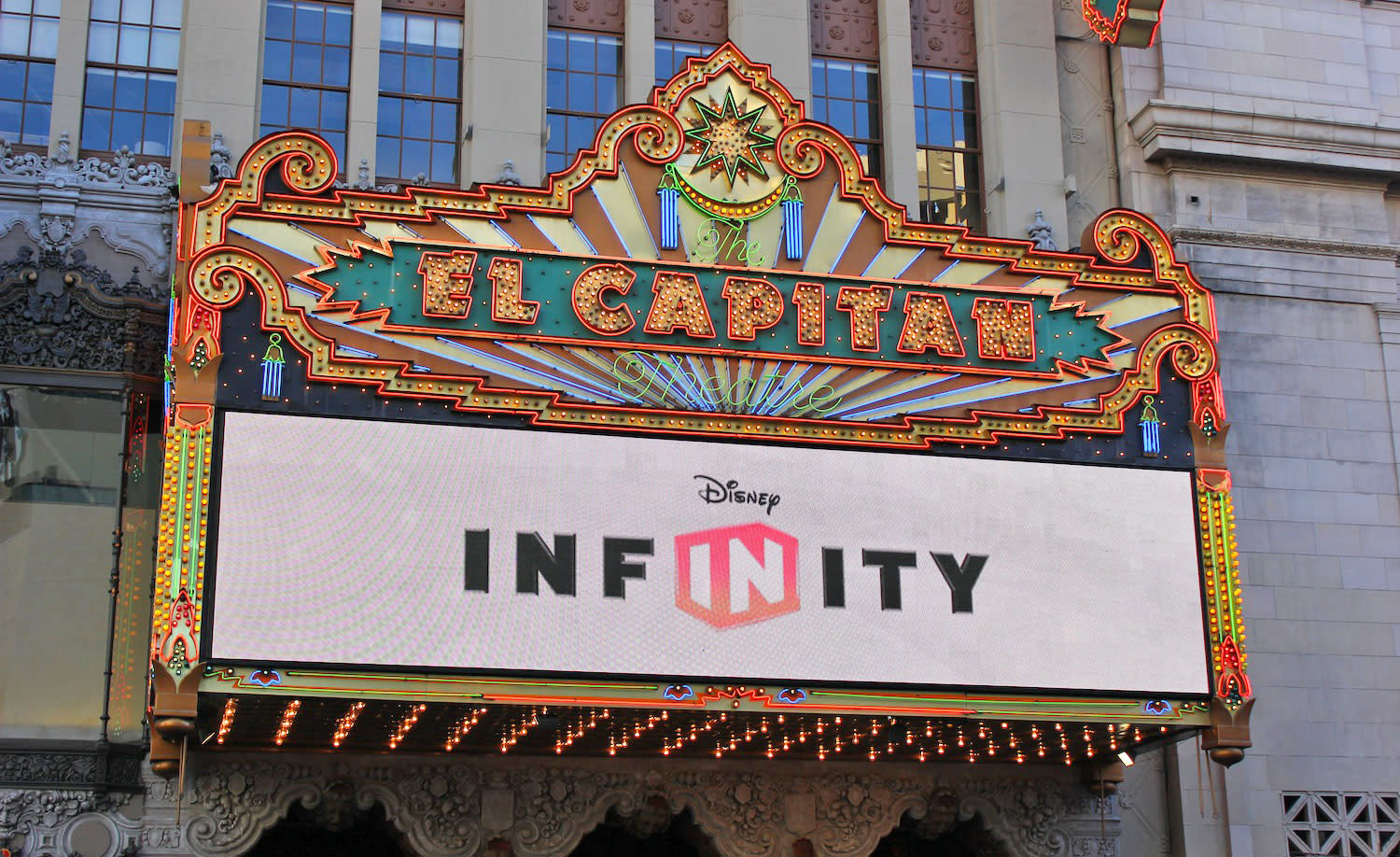 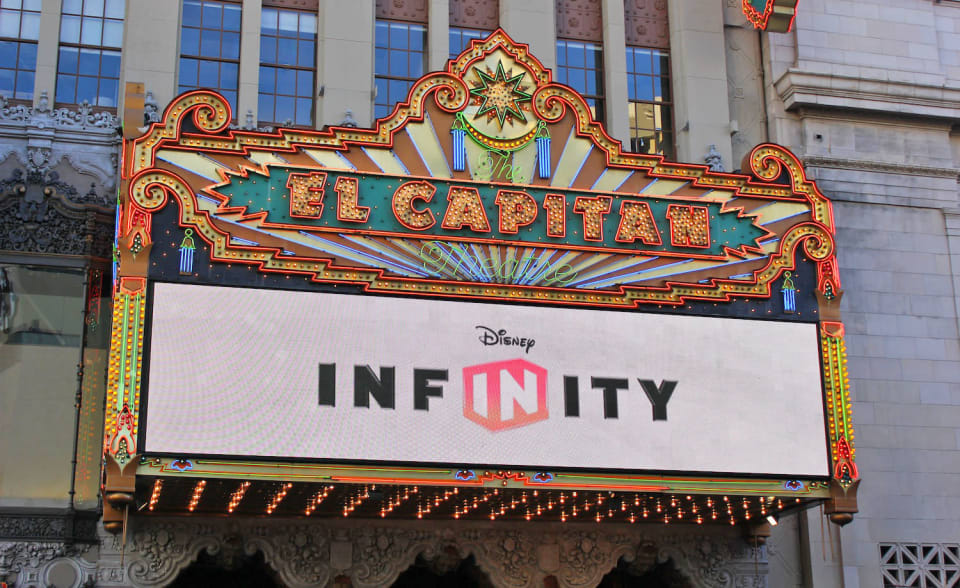 No one should have been surprised by Disney's announcement that it was canceling the Disney Infinity series and shutting down its video game business. However, when the news went live, Twitter immediately lit up with shock. My phone buzzed with questions and incredulity from friends. Hell, even I gasped when I read the blog post.

The surprise was justified. Disney Infinity was a respectable and adored franchise in the toys-to-life category, and its developer, Avalanche Software, was held in high regard. Infinity entered the fray in 2013, two years after the original toys-to-life series, Skylanders, debuted. Financially, Infinity single-handedly turned around Disney's gaming division, Disney Interactive.

Disney Infinity is such a strangely great game. I never expected it. Terrific figures and art. Very sad to see it canceled.

Disney Infinity was the 10th-best-selling game of 2013, hitting 3 million sales by Jan. 2014. In the year after the original game's release, Disney Interactive posted its first annual operating profit in recent memory. As more games and figurines hit the stores, Infinity carried the Interactive division to profitability, again and again. By Dec. 2015, Infinity was estimated to be the No. 1 toys-to-life franchise, outselling both Skylanders and LEGO Dimensions. Sales started to waver by early 2016, though the franchise was far from failing.

And then it was over. In a blog post this week, Disney Interactive SVP John Blackburn announced that the series was canceled, and Disney later clarified that it was finished making video games, full stop. Avalanche, a studio of roughly 300 people, was shut down.

Again, our surprise was justified -- but we should have seen it coming. In fact, Disney set the stage for disappointment early in Infinity's life cycle.

Back in Feb. 2013, just months before Infinity debuted on the world stage, Walt Disney CEO Robert Iger told Wall Street analysts that if the series didn't perform well, he would likely tear down the company's gaming division and switch to an all-licensing model. Between 2008 and 2013, Disney Interactive had accumulated losses of $1.41 billion.

Surprising, sad news here. I had thought for sure that those Disney Infinity figures were a goldmine. RIP Avalanche: https://t.co/0jZC4XJrYP

"If Infinity does well, it bodes very well for the bottom line of this unit," Iger said at the time. "If it doesn't do well, the opposite will be the case."

Disney Infinity did do well, but not well enough. In a world where competitors are increasingly targeting digital releases, it's incredibly expensive to manufacture retail games -- let alone toys-to-life titles that require a lineup of action figures hitting stores throughout the year. For a megacorporation like Disney, which has to manage its franchises for film, books, TV and various other formats, it's more cost-effective to license its games to the highest bidder with the best resources. Disney gets to pick the studio it wants rather than run the one it has.

Besides, Infinity couldn't touch the numbers brought in by Star Wars: Battlefront, a series that Disney licensed to a third-party studio (EA) for development and publishing.

Disney Interactive saw a decrease in operating revenue and income in the second quarter of 2016, and the company mentioned these retail and licensing factors in its earnings report: "Lower operating income was primarily due to ... lower operating margins and comparable store sales at our retail business and lower results for Infinity. These decreases were partially offset by higher licensing revenues."

Dear Avalanche Software and everyone who worked on @DisneyInfinity... pic.twitter.com/wzYva05tQh

Even without the tremendous amount of pressure placed on Disney Infinity to succeed or the exit strategy that executives laid out before the game even launched, Avalanche was on shaky ground. That's not because of its own performance but simply because it was a video game studio.

The video game industry is volatile. Across the globe, studios come and go seemingly on the whims of a cruel god; even successful or beloved companies are regularly hit with layoffs and closures. The 2015 IGDA Developer Satisfaction Survey found that 65 percent of developers held permanent jobs but that over the past five years, they reported having an average of 2.7 employers. "This indicates that employees are often hired and let go," the IGDA concluded.

Volatility is basically a running joke in the industry -- even though it's a life-shattering reality for many developers. Avalanche was headquartered in Salt Lake City, a region that now boasts an extra 300 unemployed, experienced video game developers. There are a handful of other studios in the state, including Epic Games subsidiary ChAIR, but the industry doesn't exist in Utah the same way it does in Los Angeles, San Francisco or Montreal. If they want to stay in gaming, a lot of these folks will have to move.

Disney Infinity brings a lot of joy to my house. Saddened as a gamer about the Avalanche closure and the employees affected. <3

Or they'll risk it all to start independent studios. Plenty of laid-off developers have gone indie and found success, though in most cases it's a grueling and uncertain road.

Avalanche and Disney Interactive as a whole are the latest losses in an extremely expensive, challenging and unpredictable industry -- one that Disney doesn't need to stress over quite as much anymore. We shouldn't be surprised when good studios go under, but we will be, because from the outside, it doesn't make sense.

It's not a surprise that Disney shut down its gaming division. It's just business.

In this article: av, avalanche, AvalancheSoftware, business, closure, disney, disneyinfinity, DisneyInteractive, gaming, layoffs, personal computing, personalcomputing, toystolife
All products recommended by Engadget are selected by our editorial team, independent of our parent company. Some of our stories include affiliate links. If you buy something through one of these links, we may earn an affiliate commission.