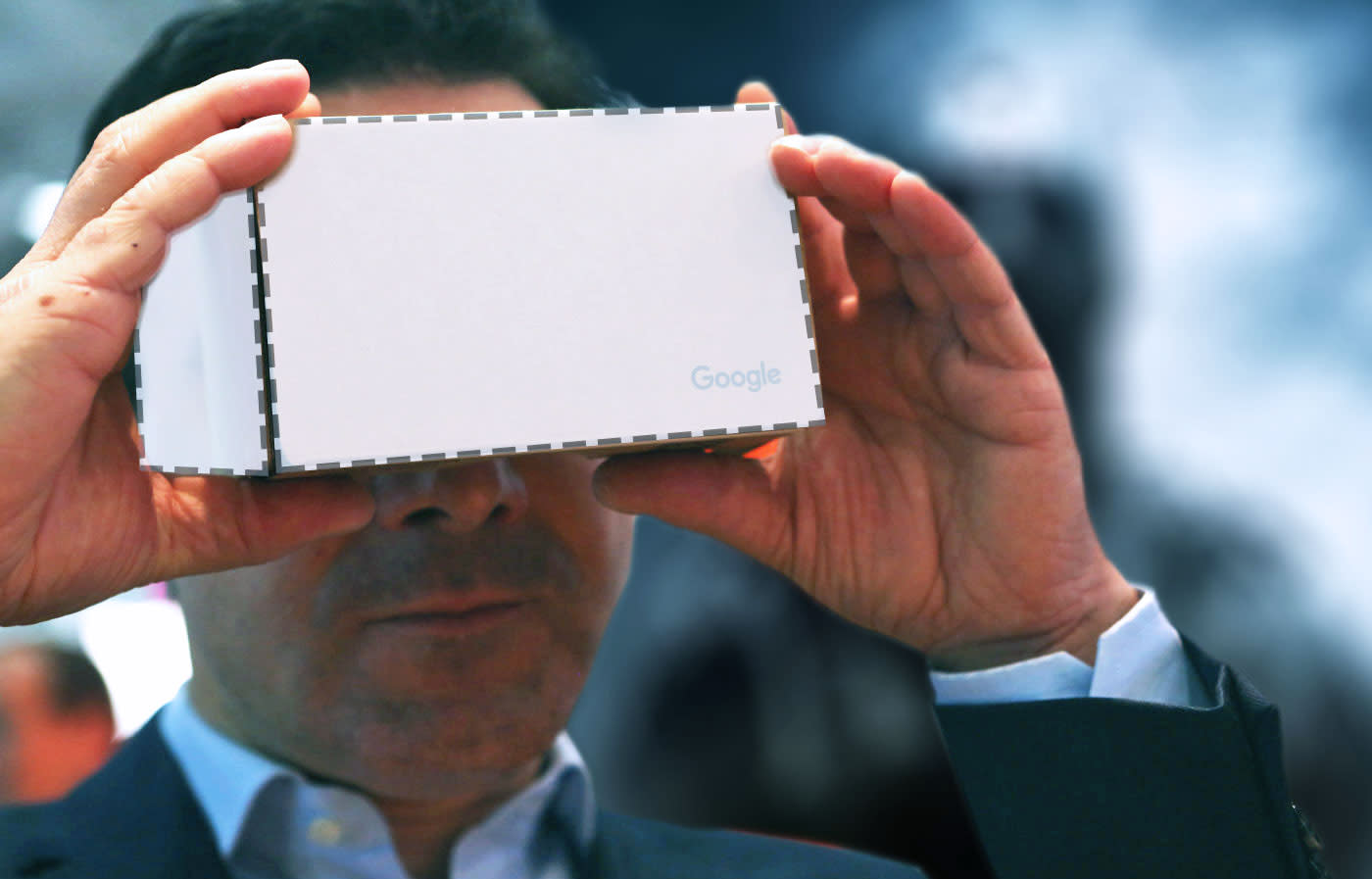 It looks nearly certain that Google will launch an Android-powered VR headset that works without a phone or PC. Android Police spotted an "Android VR" placeholder in Google's Play Developer Console, and Engadget co-founder Peter Rojas (now an entrepreneur at investment firm Betaworks) tweeted that "Android VR will be definitely be announced next week" (at Google I/O). Rojas added that the device will be a "standalone" headset that doesn't require a phone, and will obviously be less powerful than the HTC Vive or Oculus Rift models that are tethered to a PC.

The rumors jibe with an earlier report that Google will release a standalone headset. The company may use motion-tracking cameras powered by Movidius, a company it worked with on the Project Tango smartphone. However, the Financial Times also reported that Google will launch a device that does require a smartphone, but supports multiple brands, unlike Samsung's Gear VR. According to the WSJ, it may launch both types of models at its I/O conference.

Android VR will definitely be announced next week, and from what I've heard will be less powerful than the Vive or Rift.

Neither type of headset requires third-party apps, because the Android VR experience will supposedly be built right into Android. That would differ from Google's Cardboard or the Gear VR, which requires Oculus software to run. The latter headset is the one most people think of for smartphone VR, as Samsung cannily jumped on the tech as a way to promote its high-end smartphones. Thanks to a giveaway promo with the S7 model and a cheap $100 price, over a million users now own one.

A lot of folks (including me) bought a Galaxy phone just to get the Gear VR, so if Google launches a wearable and ecosystem that supports more smartphones, Samsung and Oculus will lose their "monopoly." It seems likely that Android VR will be baked into the upcoming Android N operating system, so it could take a while before you can buy these theoretical headsets. If accurate, however, the products will stoke a ton of interest for Google's I/O conference, which Engadget will be covering extensively from May 18-20. (That's next week!)

In this article: AndroidVR, av, gear, google, GoogleIO, Headset, VirtualReality, VR, wearables
All products recommended by Engadget are selected by our editorial team, independent of our parent company. Some of our stories include affiliate links. If you buy something through one of these links, we may earn an affiliate commission.