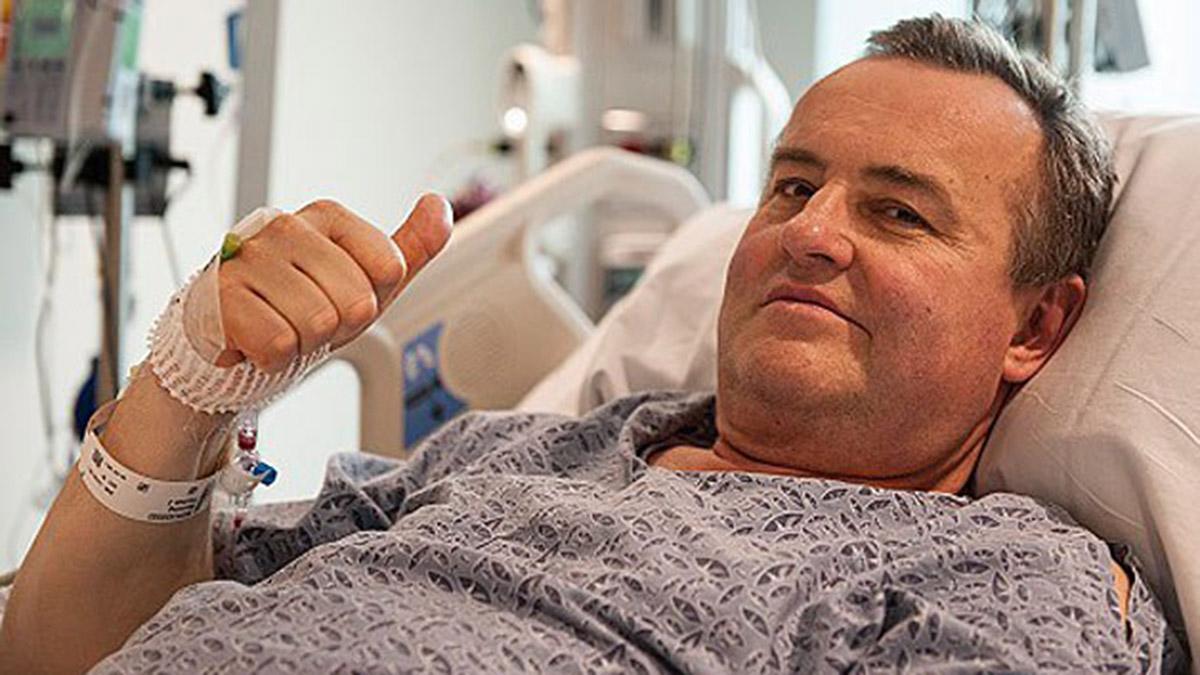 Thomas Manning from Halifax, Massachusetts lost most of his penis to a rare form of cancer in 2012. He likely never imagined he'd gain the organ back, but the 64-year-old bank courier has become America's first penis transplant recipient. A surgical team from Massachusetts General Hospital (MGH) performed the 15-hour operation on May 8th and 9th after perfecting their technique for three full years. Manning "continues to recover well, with blood flow established to the donor organ and no signs of bleeding, rejection or infection," the hospital said in a statement.

The procedure, called a genitourinary reconstructive (penile) transplant, involved "grafting the complex microscopic vascular and neural structures of a donor organ onto the comparable structures of the recipient," according to MGH. It was performed by a team of doctors led by plastic surgeon Dr. Curtis L. Cetrulo, and urologist and transplant surgeon Dicken S.C. Ko, MD. After an early hemorrhaging scare, Manning is now recovering normally.

In sharing this success with all of you, it's my hope we can usher in a bright future for this type of transplantation, says recipient Thomas Manning.

Down the road, penises grown in a lab from the patients own cells might become possible, negating the need for rejection drugs. Meanwhile, transplants are likely to become much more commonplace, as John Hopkins University School of Medicine also expects to perform one very soon. The procedure will be particularly beneficial for veterans injured in combat, but Cetrulo says his team will perfect the transplant on civilian patients first. The US government "does not like to have wounded warriors undergo unproven techniques," he tells the New York Times.

Manning lost his penis in 2012 to a tumor, which was discovered by chance during an unrelated hospital visit over a work accident. Had it not been spotted, Manning figures that the rare form of cancer would have killed him several years ago. His penis was partially amputated, leaving the then-single man with no sexual function. "I couldn't have a relationship with anybody. You can't tell a woman, 'I had a penis amputation,' " he tells the NYT.

Manning is now recovering and doesn't mind talking about the procedure. "In sharing this success with all of you, it's my hope we can usher in a bright future for this type of transplantation," he says. He also extended his sympathies to the donor family, who wish to remain anonymous. However, they did give a statement through the New England Organ Bank. "They wish the recipient to know that they feel blessed and are delighted to hear his recovery is going well," says the organization.

In this article: MassachusettsGeneralHospital, medicine, Operation, OrganDonor, Penis, PenisTransplant, science, Transplant
All products recommended by Engadget are selected by our editorial team, independent of our parent company. Some of our stories include affiliate links. If you buy something through one of these links, we may earn an affiliate commission.