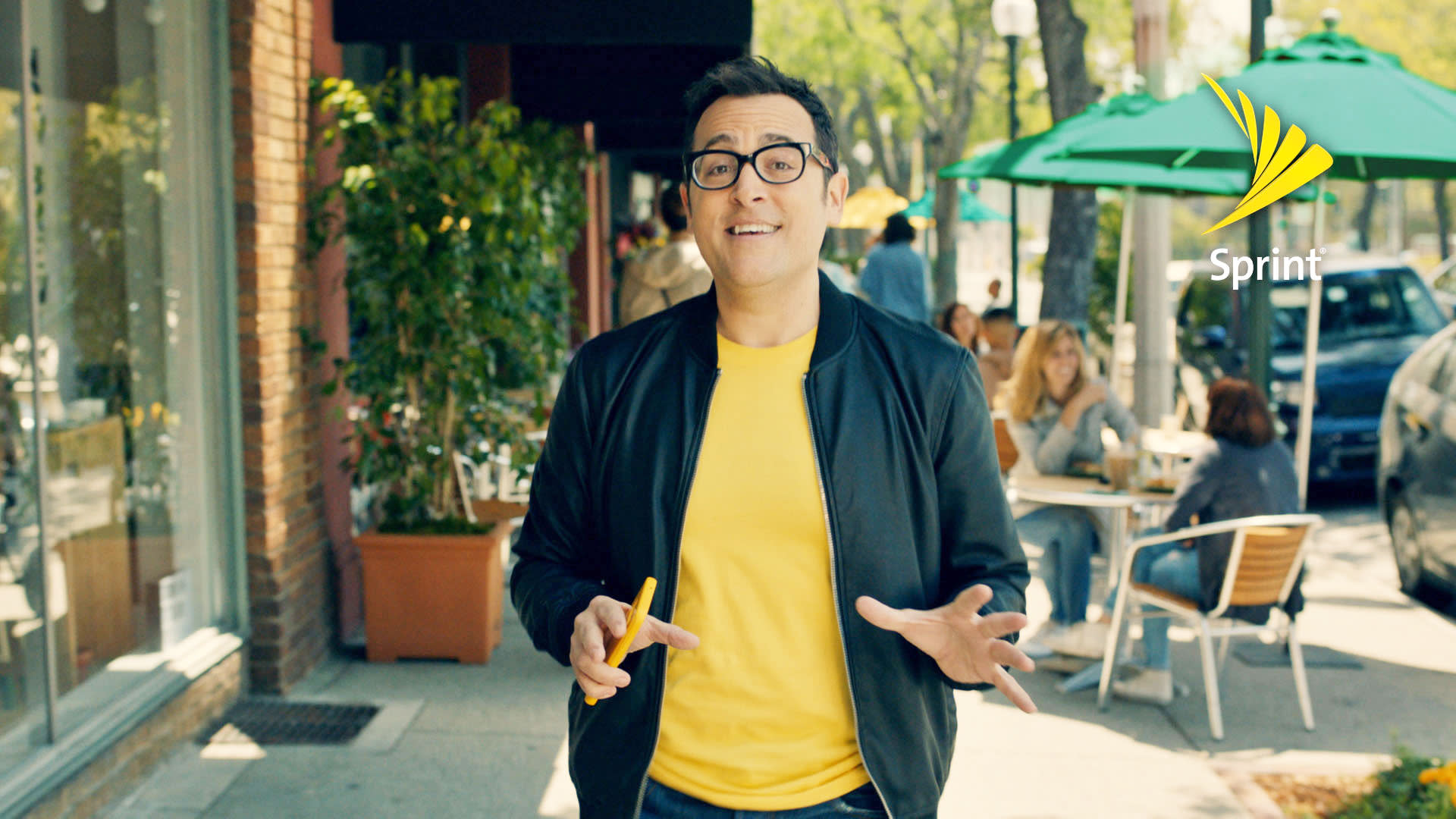 Geico has a Gecko, Progressive has Flo and Verizon... doesn't have the "can you hear me now?" guy any more. That's because actor Paul Marcarelli has been signed up by Sprint to be the new face of its brand, while mugging off his former employer. In the first of a series of commercials, the former Verizon guys says that his oft-repeated question is now irrelevant because "it's 2016 and every network is great." Sprint is using him to push the idea that its coverage is just one percent behind Big Red, so people shouldn't have to worry about coverage issues.

It's a big deal for Sprint, which is celebrating its coup with a fresh round of publicity and plenty of tweeting from CEO Marcelo Claure. It is, after all, a rare ray of sunshine for a company that has suffered the most over the last few years. A revitalized T-Mobile stole the firm's third-place position in the US mobile world, and (parent company) Softbank refused to bankroll further success. Claure was given instructions last year to slash $2 billion from the firm's budget. It's led to a war of words with T-Mobile, with Claure famously calling the third-placed company's Uncarrier marketing as "bullshit."

1/7 Good evening @Verizon – someone special just joined #TeamSprint & I think you may recognize him... pic.twitter.com/78N36iFT0H

Mobile networks have spent plenty of time and money to groom faces that'll help to give their brand an edge in a fiercely competitive market. T-Mobile hired Carly Foulkes in 2010 to be the face of the company until she was dropped in 2013 -- ironically, for John Legere to take the spotlight. AT&T, meanwhile, uses Milana Vayntrub to play the character of Lily Adams, a well-meaning store supervisor. Verizon has taken to using the lovable, relatable Ricky Gervais in its own attack ads on Sprint. It's ironic, given that Verizon already employs the world's most engaging screen presence -- he reviews mobile phones for Engadget.

In this article: Adverts, Business, entertainment, gear, mobile, Paul, Pitch, Sprint, verizon
All products recommended by Engadget are selected by our editorial team, independent of our parent company. Some of our stories include affiliate links. If you buy something through one of these links, we may earn an affiliate commission.