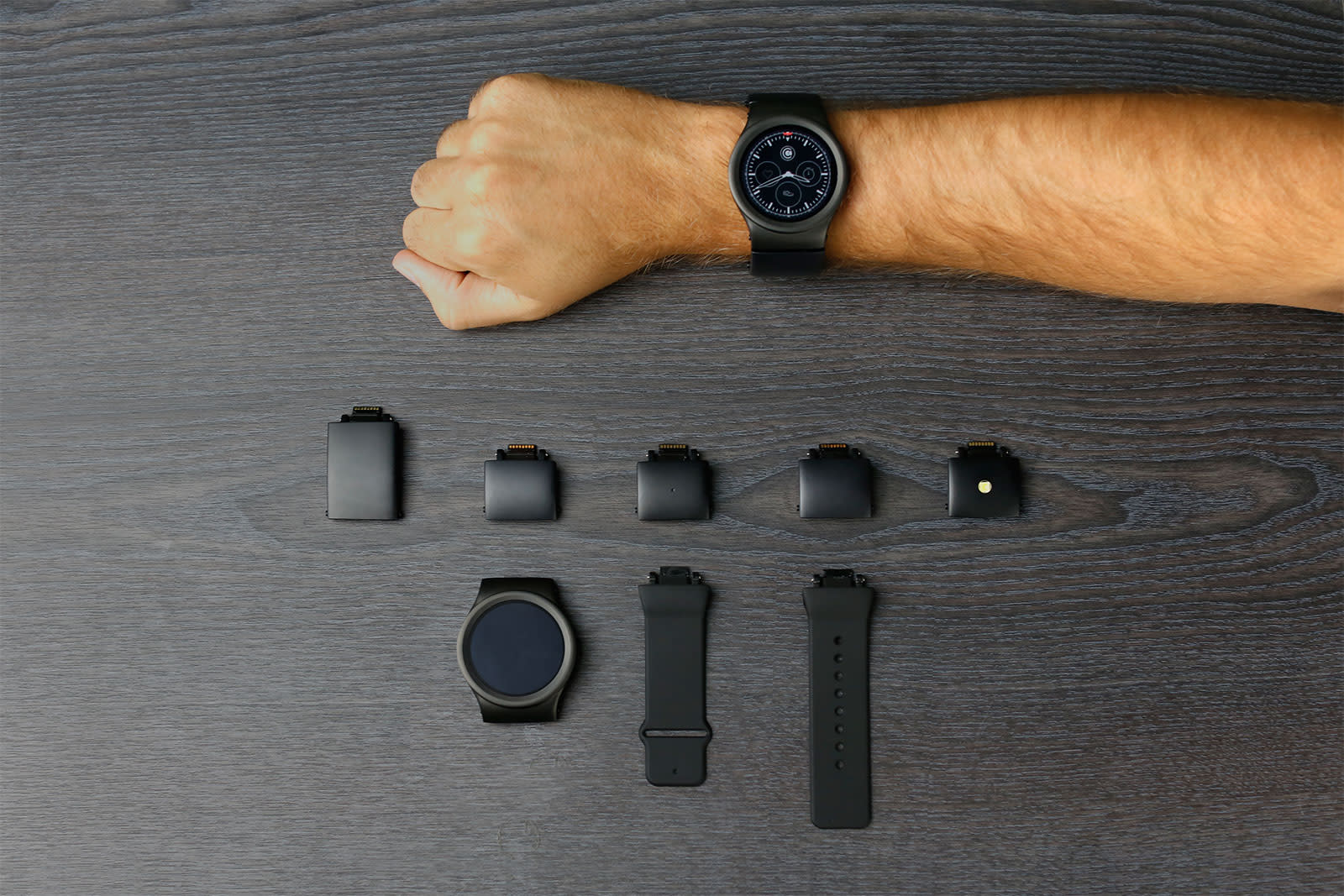 Years after the Blocks modular smartwatch first popped up on our radar, the company seems to finally be close to hitting assembly lines. The company has at least 5,500 orders from Kickstarter to fulfill, and if you'd like to add to that number you can pre-order the set for $330.

Blocks is already behind its projected May 2016 delivery date, so it's probably heartening for backers to see some progress. The company said its Android-based "factory-ready devices" are currently undergoing final testing before hitting the mass production lines. The watches are now slated to ship in September.

At launch, you'll have six modules to choose from: a GPS unit, an extra battery, a pulse sensor, a humidity/temperature/altitude sensor, a programmable button and a flashlight. Blocks says add-ons for body temperature, perspiration, fingerprint authentication and gesture control are in the works. Since the platform is open, third-party developers can make more parts as well.

Each Blocks purchase comes with a watch face unit, called a "Core," along with four modules that form the strap; larger-wristed folks can go up to five links. If all goes well with testing, then, the days of having a super-powered smartwatch could come very soon.

In this article: blocks, gadgetry, gadgets, gear, kickstarter, modular, smartwatch, TL16MODLR, wearables
All products recommended by Engadget are selected by our editorial team, independent of our parent company. Some of our stories include affiliate links. If you buy something through one of these links, we may earn an affiliate commission.