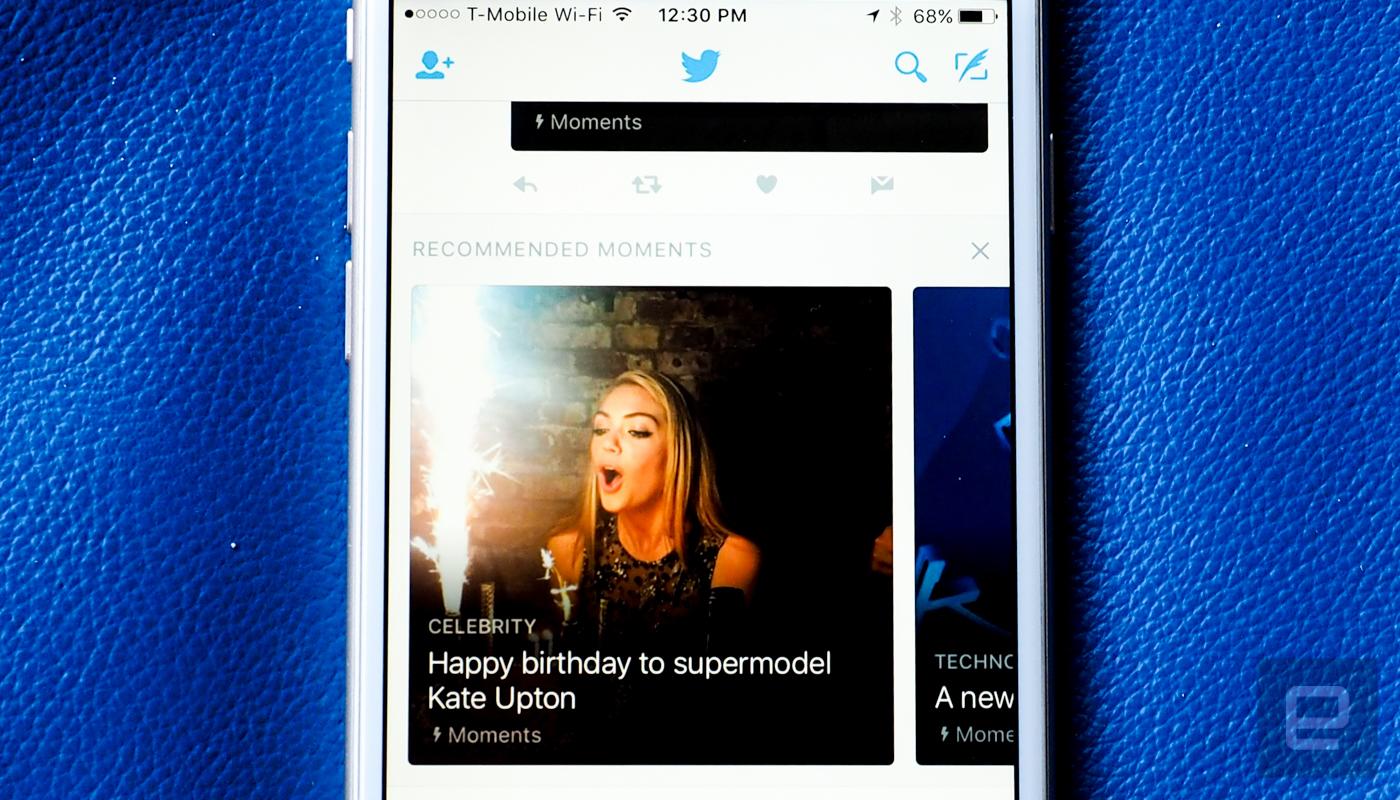 Twitter is testing adding Moments directly to your timeline. The feature that highlights trends and news items on the social network is appearing in a carousel post that can be swiped horizontally. While only an experiment right now, this early exploration of dropping into user feeds shows just how important the trending-topic element is to the company.

A small group of users in countries where Moments is already live (US, Canada, UK, Australia and Brazil), started seeing the test this afternoon on iOS and Android. The carousel of five topics appears similar to how 'While You Were Away" works. The "Recommended Moments" box can be dismissed with a tap and appears less frequently the more you're on Twitter. When a news item is tapped it expands to show you the event.

So far, the test has not shown up on Twitter.com.

Both the iOS and the Android apps already have dedicated Moments buttons. By adding the feature to user feeds Twitter is hoping to get more traction out its curated topics. The company is continually adding features hoping to make the service more attractive to new users.

When asked about the test a Twitter spokesperson told Engadget: "Moments are awesome for catching up with the latest stories unfolding on Twitter. Because we're always working on new ways to bring the best content to our users, we're experimenting with showing recommended Moments in the timeline."

In this article: experiment, gear, internet, mobile, moments, services, test, Twitter
All products recommended by Engadget are selected by our editorial team, independent of our parent company. Some of our stories include affiliate links. If you buy something through one of these links, we may earn an affiliate commission.