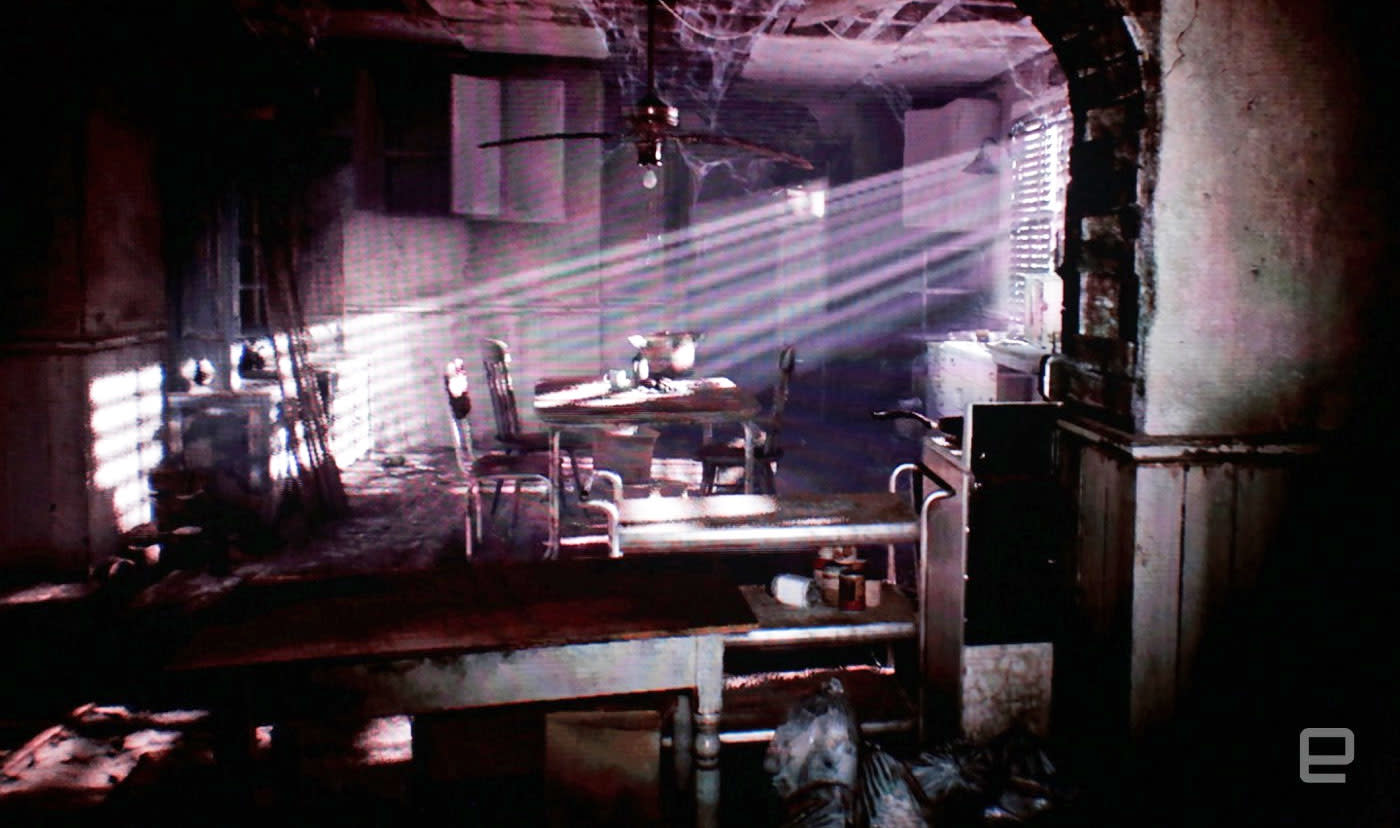 If you ever played P.T., the playable teaser for the now defunct Silent Hills -- you know exactly how terrifying atmospheric gameplay can be. A dimly rit room can create a sense of claustrophobia. Otherworldly sounds can put you on edge. Now, put that carefully constructed horror world into VR, and you've got Resident Evil 7 -- the scariest looking game to come out of E3 so far.

Resident Evil can be creepy enough on its own, but Sony says the entire game will be playable in PSVR from start to finish. If that sounds terrifying, it is: the slow, foreboding narrative of the game's new trailer truly makes the "horror" aspect of the survival horror genre stand out.

Experiencing that in virtual reality could be downright traumatising. Luckily, that's not your only option: the game will be playable without a VR headset, too -- though the game will still maintain a first-person perspective. Sony says the Resident Evil 7 demo will be available to Playstation Plus subscribers as soon as its E3 press conference ends. Brave enough to play it in VR? You'll have to wait awhile. PlayStation VR might launch in October, but Resident Evil 7 isn't out until January 24th.

Update: We've embedded the official trailer for the game -- the real one this time. Our very own Sean Buckley fell for a very old fake in the midst of writing this post. Whoops.

In this article: av, e32016, gaming, re7, resident evil, residentevil, residentevil7, sony, sonypalystation
All products recommended by Engadget are selected by our editorial team, independent of our parent company. Some of our stories include affiliate links. If you buy something through one of these links, we may earn an affiliate commission.