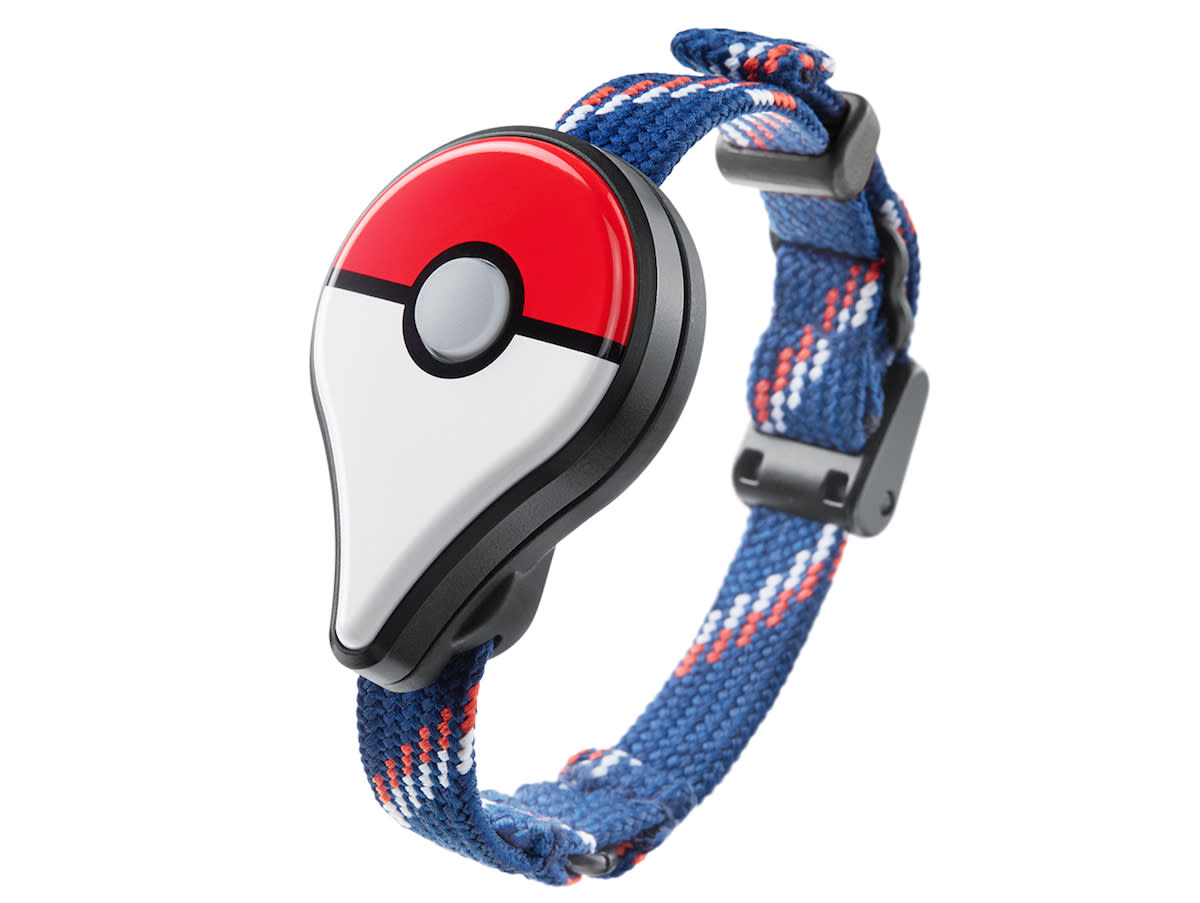 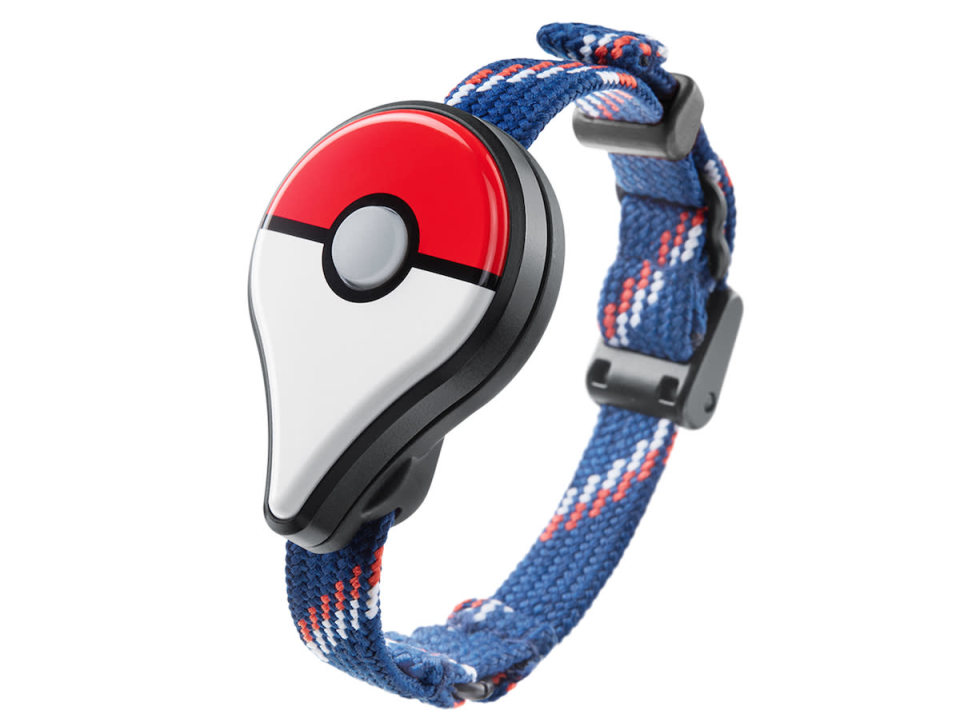 Whenever you ask Pokémon players what they enjoy about playing the games, they usually mention the actual Pokémon in some way. Some enjoy training up their creatures to assemble the ultimate battle team; others really get into the breeding aspects of the game. In some titles you can even enter your Pokémon in beauty pageants, in which you dress them in gaudy accessories. And, of course, there's the thrill of finding as many species as possible in order to achieve the ultimate goal: a complete Pokédex containing every single known Pokémon. These characters lie at the heart of most of Pokémon gameplay.

Which is what makes the new wearable, the Pokémon Go Plus, somewhat puzzling. It's an optional add-on for the new mobile AR game Pokémon Go that reduces the action of capturing a Pokémon to a series of blinking lights. The device lights up and vibrates when a Pokémon is nearby. You push the button to attempt a capture, and the device responds with a blue light to indicate success or a red light for failure.

The idea is that by making it possible for Pokémon trainers to participate in the game without having to pull out their phones, they'll stay focused on the real world. If they're on their way somewhere they can keep walking, and if they're in the middle of a conversation they can keep talking. However, Pokémon can be a bit of an obsession, and it's unlikely that someone's going to push the button and without wanting to pull out her phone. That's because a lot of the joy of the game lies in the thrill of "What did you get?" The button is also meant to save time, as Pokémon capture can be a bit of tricky business and often requires a bit of consideration: Which Poké Ball do you use? Would an item help? That thought process has been replaced by a strategy of "spray and pray," which means that when you eventually pull out your phone you'll probably still spend a bit of time pruning your roster of creatures. There are also bound to be occasional disappointments. What happens when the player encounters a rare Pokémon? Does the Go Plus automatically pick the best capture strategy? Or will players open up the app to find out their Go Plus tried to capture a Mew with a standard Poké Ball and failed? (Pro tip: You're gonna want a Master Ball for that.)

There's nothing wrong with trying to extend the Pokémon experience into the real world with some extra hardware. This isn't the first time a Pokémon game has flirted with add-ons, nor is the Go Plus the first device to encourage Pokémon trainers to be more active: The Pokémon Pikachu was a digital pet that also served as a pedometer, rewarding the user for walking by unlocking more in-game activities. Its successor, the Pokémon Pikachu 2 GS, could transfer data with Pokémon Gold, Silver and Crystal, essentially trading steps taken for in-game items. Years later the PokéWalker was bundled (for free) with copies of Pokémon HeartGold and SoulSilver, and served up a lot of the same functions. All of these pedometers are nice add-ons to the Pokémon experience, but they're also gaming devices that can be actually used on their own. Your interaction with the Go Plus is limited to pushing a button and hoping it turns blue.

Perhaps this wouldn't be a big deal if the Pokémon Go Plus were cheap and disposable, something you could try once and then forget about. But Nintendo doesn't do cheap and disposable -- though the game will be free at launch and doesn't require the Go Plus to work, the device is sold separately for $35. That's more than many people will ever spend on a mobile game. Heck, it's about what you'd spend on the average 3DS game, Pokémon titles included. Casual users are likely to opt out, even though they're the ones most likely to benefit from a wearable that makes it easier to get further in Pokémon Go without having to sink hours of effort into it.

You'd have to really like Pokémon to drop that much cash on such a thing, never mind wear it openly. And there are plenty of people who will do just that. Hardcore trainers are always looking for new ways to improve their Pokémon experience, and may not mind the extra work the whole "throw a Poké Ball at everything" approach entails in terms of team management. But it's also not what drew players to the franchise in the first place. If you really like Pokémon, wouldn't you want more than just a blinking light?

In this article: e32016, editorial, gaming, gear, nianticlabs, nintendo, opinion, pokemon, pokemongo, wearables
All products recommended by Engadget are selected by our editorial team, independent of our parent company. Some of our stories include affiliate links. If you buy something through one of these links, we may earn an affiliate commission.