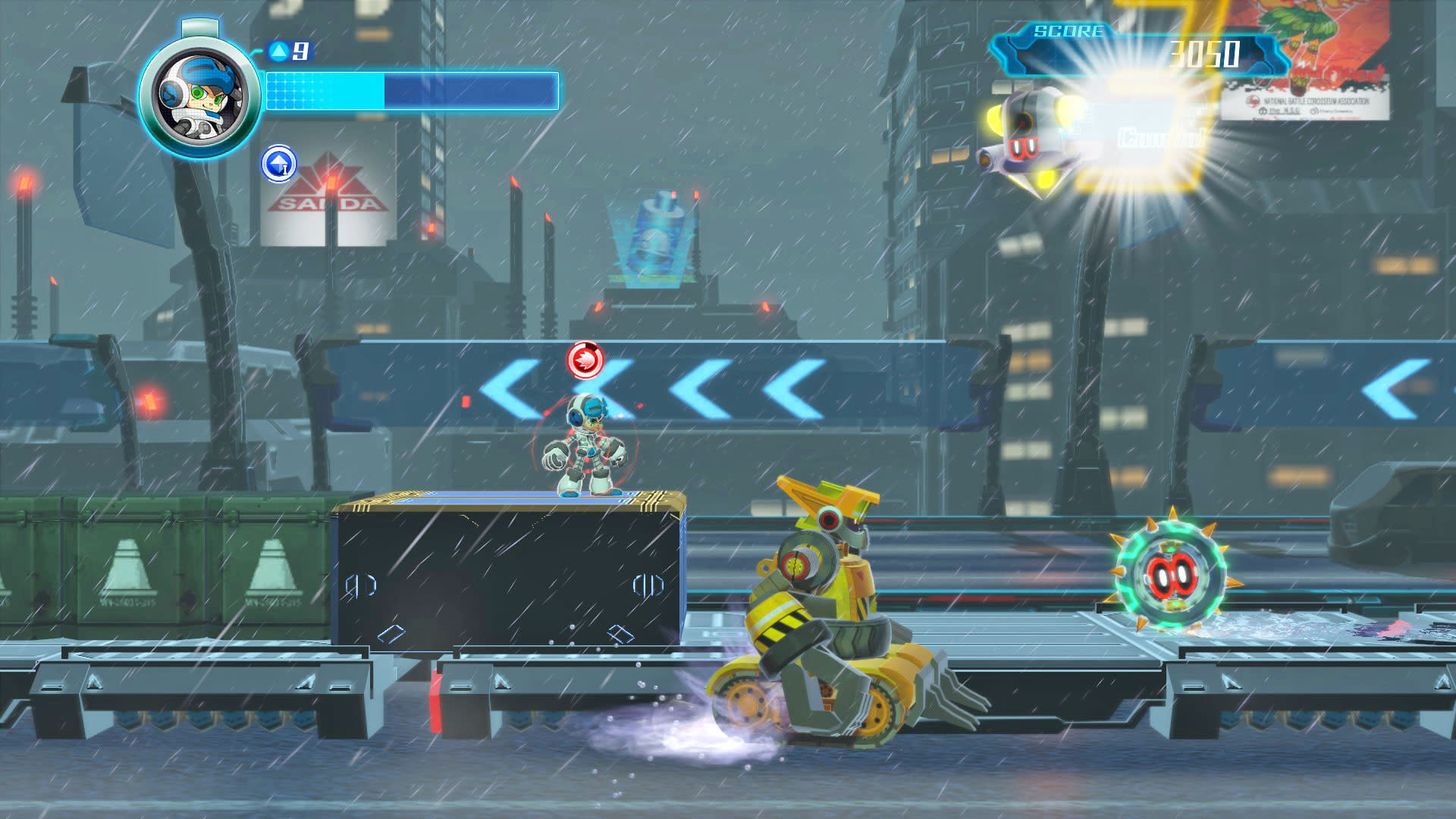 Gamers eager to jump into the long-awaited 2D action platformer Mighty No. 9 were in for a rude awakening today after some concerning issues plagued the Kickstarter-funded title that looked to some to be a spiritual successor to Mega Man in many ways. Not only has the Xbox 360 suffered a delay on the game's very release day, but there are scads of other problems plaguing those who just wanted to jump in and shoot some bad guys.

Mighty No. 9 was planned for release today on various platforms, and it did make its way to players on other consoles including Wii U, but the Xbox 360 delay came as something of a shock as developer Comcept came forward to announce that it wouldn't, in fact, be out for a few more days still.

Publisher Deep Silver took to official game blog to explain the delay, noting "issues regarding the publishing process" for the Xbox 360 version as well as a "certification bug" that was found during final rounds of testing.

"Our team has already re-submitted the build to Deep Silver (and to Microsoft), and we expect it to go gold within a few days if all goes according to plan. For the backers who chose that platform we are supplying Steam keys so that those users are not left behind on release day. Once the Xbox 360 version is ready for release we will send out those codes to the relevant backers ASAP," the blog noted. Additionally, players who chose Mac or Linux versions of Mighty No. 9 will be waiting a few more days as well as those aren't officially ready to roll out just yet, either.

Unfortunately, it looks like those lucky enough to both receive a copy of the game on a console of their choosing and get started on release day are having to deal with another set of problems entirely. Users with Wii U consoles have reported that their consoles seem to have been bricked, or rendered totally useless, after entering the special Mighty No. 9 backer codes sent out to Kickstarter supporters.

So my Mighty No 9 PSN backer code doesn't work, it supposedly bricks the WiiU, DLC apparently breaks the game, and pic.twitter.com/3ECDWLBqDd

Other players report their codes simply won't work, or they only received one of the special vouchers for DLC character Ray and not the "Retro" downloadable content pack. According to VentureBeat, Deep Silver has claimed there was a patch deployed to alleviate these issues, but that likely won't help a console that's already been bricked to begin with.

Mighty No. 9 hasn't enjoyed a very successful launch day despite its promising Kickstarter campaign and preliminary artwork, game design briefs and especially the involvement of the legendary Keiji Inafune. Perhaps these issues will be resolved in the next few days or so and players rewarded with the game they've been waiting for, even if it doesn't appear to be delivering exactly what was promised according to initial reviews.
In this article: av, gaming, KeijiInafune, MightyNo9
All products recommended by Engadget are selected by our editorial team, independent of our parent company. Some of our stories include affiliate links. If you buy something through one of these links, we may earn an affiliate commission.