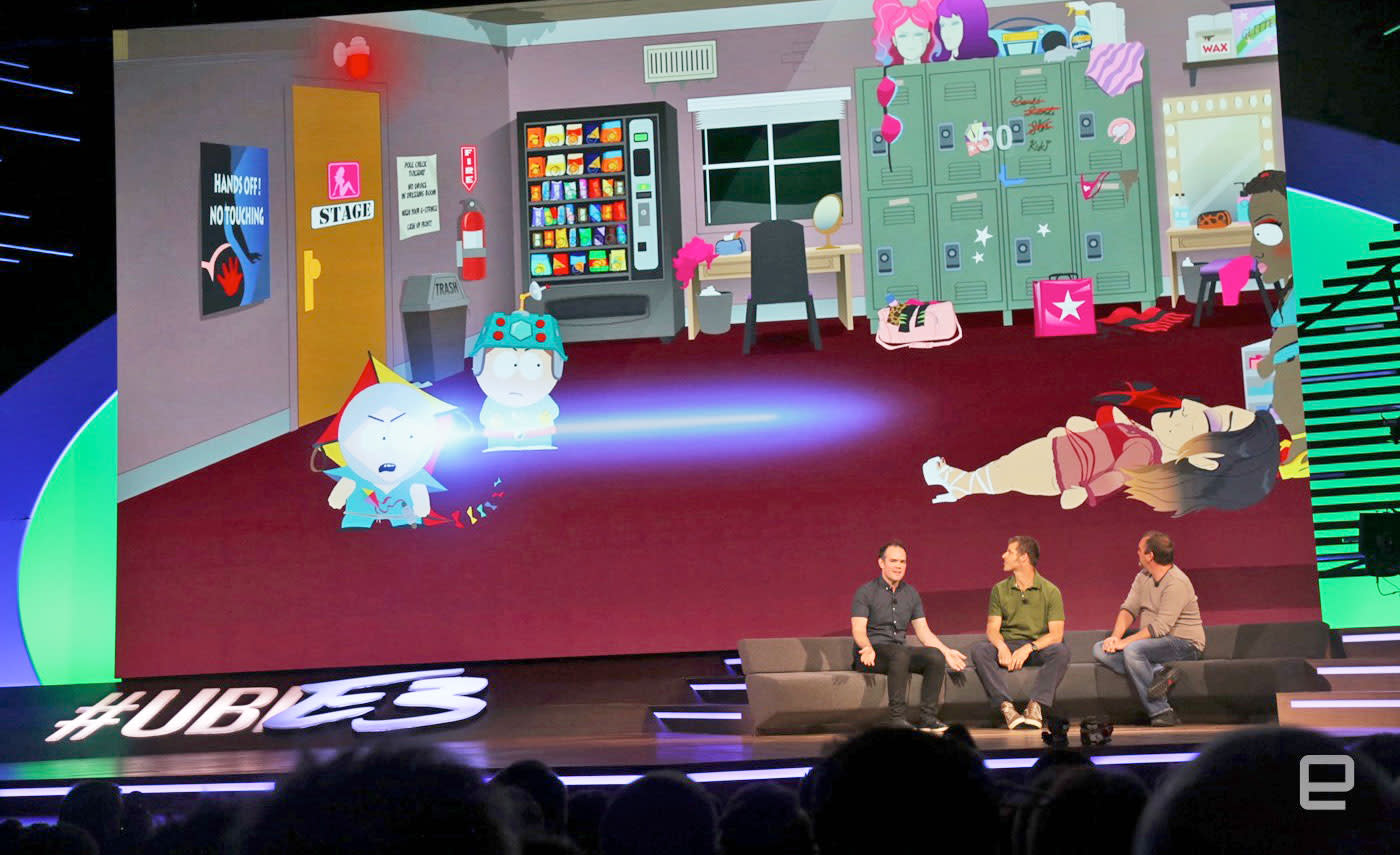 Ubisoft, the studio behind Assassin's Creed, Watch Dogs, South Park, Rabbids and plenty of other off-the-wall franchises, is slowly losing itself. The company is being swallowed up by Vivendi, the entertainment conglomerate responsible for Universal Music Group and Dailymotion, among other ventures. Vivendi has been buying Ubisoft stock with the goal of securing a seat on the studio's board, and it now controls 20.1 percent of Ubisoft shares and 17.76 percent of its voting rights. The latest stock purchase comes just days after E3 ended on June 16th.

Ubisoft CEO Yves Guillemot previously called Vivendi's purchases "unsolicited and unwelcome," and he's been working on ways to fight the company's "creeping control" of his family's studio. In late May, Vivendi purchased a majority stake in Gameloft, the mobile games publisher also owned by the Guillemot family.

Vivendi has said it has no plans to take over Ubisoft, but its stock purchases continue to worry the studio's founders. Guillemot told CNBC last week that Ubisoft's main goal is to remain independent. However, as a backup plan, he's entertaining the idea of a merger with a gaming or tech company -- just not Vivendi.

For an informative breakdown of the Ubisoft-Vivendi saga, see Game Informer's June explainer.

Vivendi isn't a stranger to the video game world. It once owned a majority share of Overwatch and Call of Duty studio Activision Blizzard. Activision bought itself back from Vivendi in 2013 for $8.2 billion, transforming the studio into an independent company.

In this article: AssassinsCreed, av, business, gaming, HostileTakeover, personal computing, personalcomputing, shares, stocks, Ubisoft, Vivendi, watchdogs
All products recommended by Engadget are selected by our editorial team, independent of our parent company. Some of our stories include affiliate links. If you buy something through one of these links, we may earn an affiliate commission.