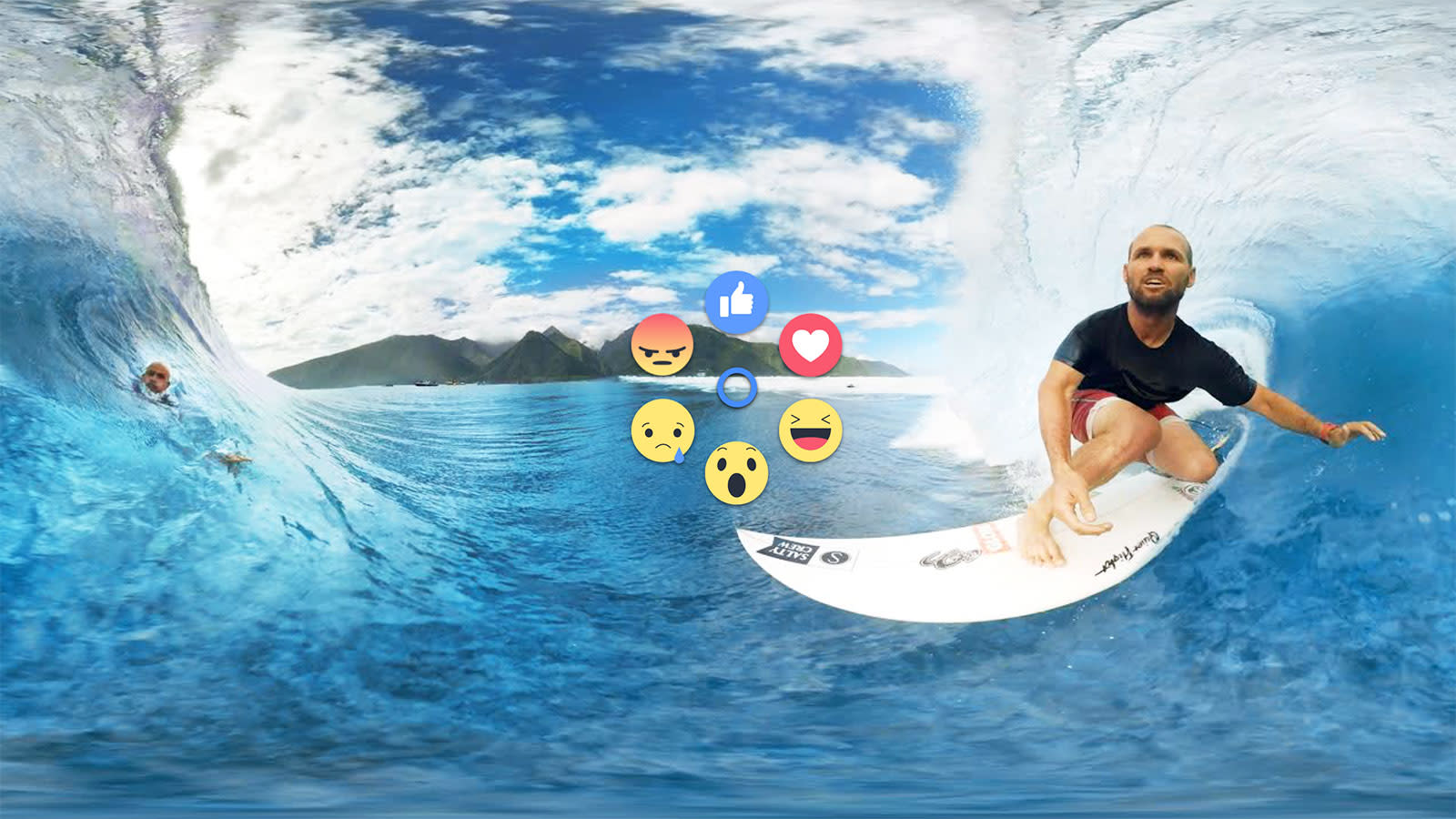 In between shooting up enemy spaceships in Eve:Gunjack and watching your favorite shows in virtual reality, you can also use your Gear VR to browse 360 Videos on Facebook. Now, in addition to viewing them, you can also show what you think about them. Oculus has just made it possible to see and leave reactions -- you know, those Like-alternatives that Facebook released earlier this year -- right within the smartphone VR viewer. Just look at the Like button long enough, and you'll trigger a circle of possible Reactions to choose from. And if you're dying to give a "Wow" emoji to a friend's 360-degree panorama instead, don't worry -- support for 360 Photos should arrive in the coming weeks.

In this article: 360photos, 360videos, culture, facebook, gear, internet, mobile
All products recommended by Engadget are selected by our editorial team, independent of our parent company. Some of our stories include affiliate links. If you buy something through one of these links, we may earn an affiliate commission.