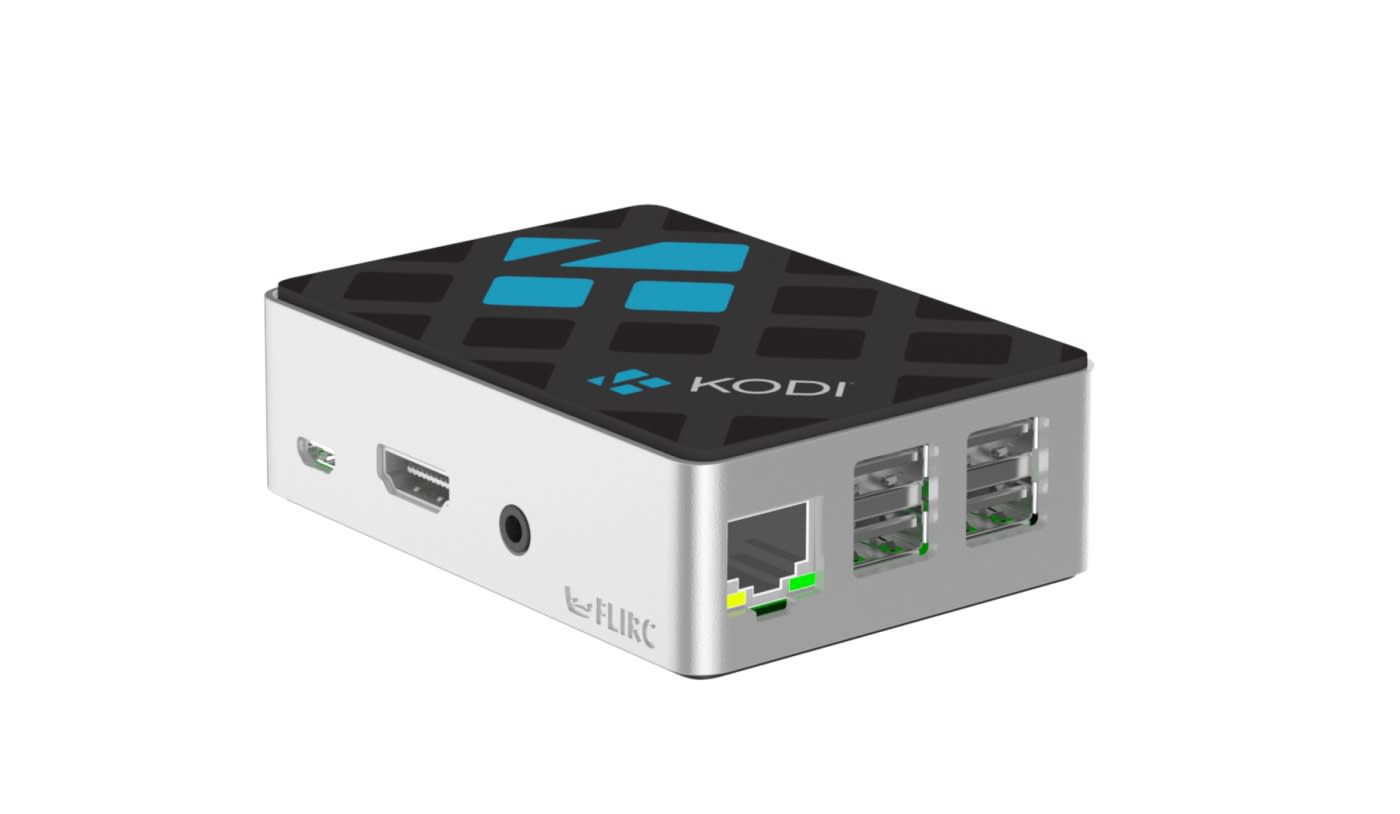 As the app formerly known as XBMC prepares to launch version 17, the folks at Kodi are diving into something completely new: hardware. It's not a smart TV box on its own however, instead the project has teamed up with Flirc on a custom case for the Raspberry Pi 3, 2 and B+. It has an aluminum core to help keep your Pi cool while running the media streaming software, and sports the official Kodi logo to let everyone know your box is legit. It's available for about $20 from Flirc in the US and The Pi Hut in the UK, so you can get it in time to load up the Krypton alpha when it's released July 1st.

In this article: av, case, Flirc, gear, Kodi, personal computing, personalcomputing, RaspberryPi, video
All products recommended by Engadget are selected by our editorial team, independent of our parent company. Some of our stories include affiliate links. If you buy something through one of these links, we may earn an affiliate commission.