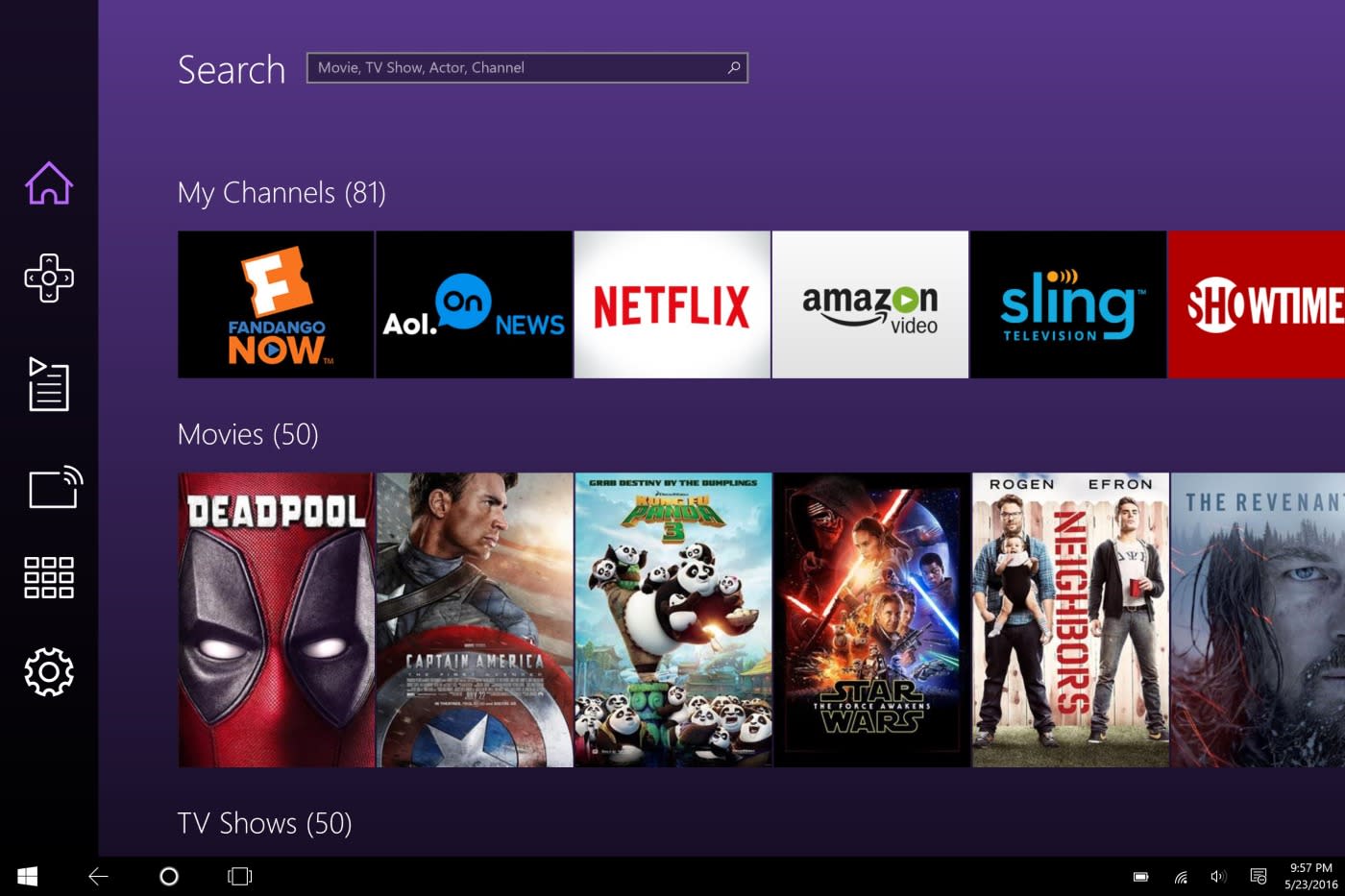 Roku already had a Windows 8 remote control app for phones and tablets, but to keep up with the times it's released a new Windows 10 version. Aimed at tablets and laptops, it makes controlling your Roku player as easy as tapping the screen or clicking a mouse. Like Roku's apps on Android and iOS, you can pop open channels, control playback, search for content or easily play photos and music from your computer to the TV. It's a universal Windows app, but at least for now there's no word on a new version for Windows phones. That said, it does have Cortana support, so even if your hands are otherwise occupied, voice control is also an option -- grab it from the Windows Store for free here.

In this article: app, av, entertainment, gear, microsoft, PlayTo, remotecontrol, Roku, Windows, Windows10
All products recommended by Engadget are selected by our editorial team, independent of our parent company. Some of our stories include affiliate links. If you buy something through one of these links, we may earn an affiliate commission.