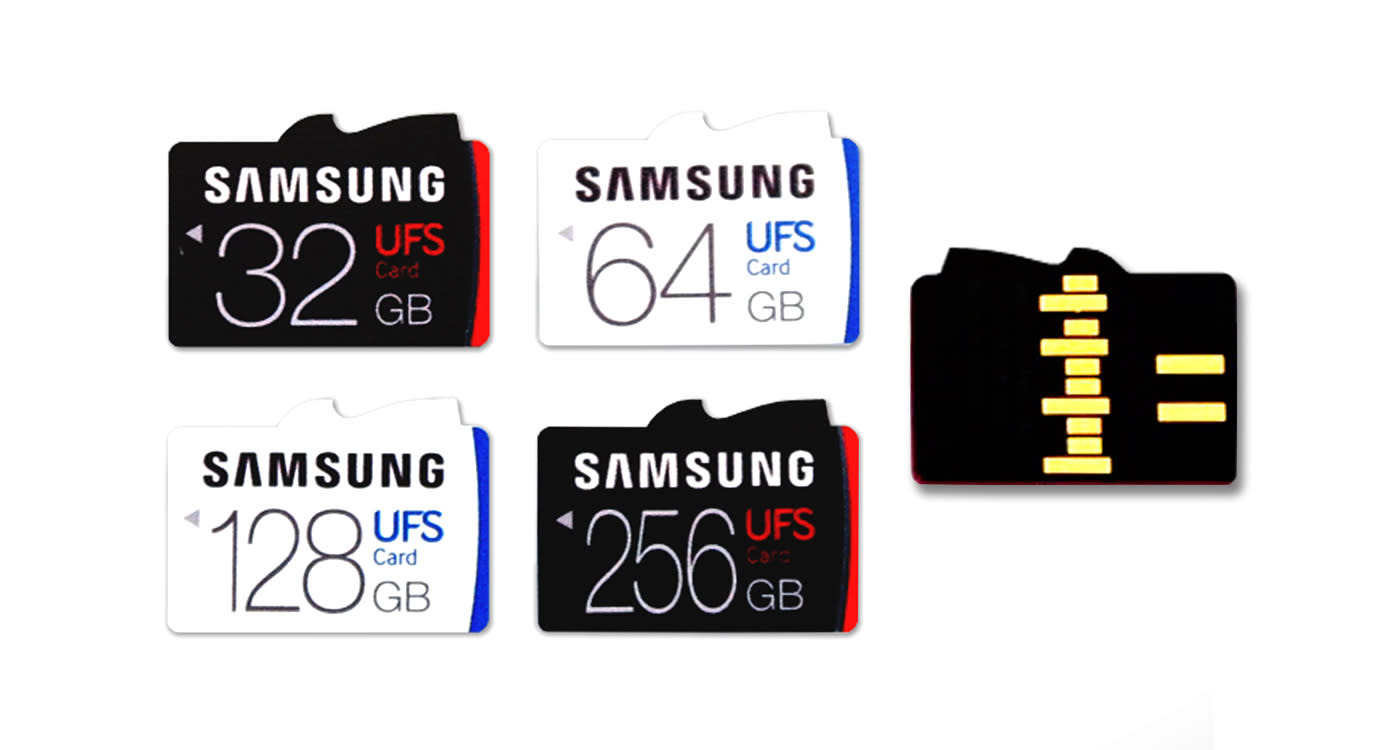 We've heard arguments for and against removable storage on smartphones, but we can all agree on the fact that the more the merrier. And we're not just talking about memory space here, as the speed becomes more crucial when it comes to capturing higher video resolutions on our smartphones and drones. To satisfy our need for speed, Samsung is the first to announce a series of UFS (Universal Flash Storage) removable memory cards, with its 256GB flavor boasting an SSD-like sequential read speed of 530MB/s -- that's about half a gigabyte per second and almost five times faster than the top microSD cards these days. It can also do 170MB/s sequential writing, which is almost two to three times faster.

More importantly, Samsung claims that its upcoming 256GB card is rated with a random read rate of 40,000 IOPS, which is 20 times higher than that of a typical microSD card; and likewise, it has a random write rate of 35,000 IOPS, which is a whopping 350 times higher. But of course, we'll believe it when we see it, which may be a while since we've yet to come across devices that support this new standard. It's also worth noting that even though UFS cards closely resemble their microSD counterpart, you can see that the new pin layout means the two aren't cross-compatible. We'll just have to keep an eye out for future announcements -- here's hoping that the upcoming Galaxy Note 7 will be one of the first devices to support these awesome memory cards.

In this article: cameras, gadgetry, gadgets, gear, memory, memorycard, mobile, removablestorage, samsung, storage, ufs
All products recommended by Engadget are selected by our editorial team, independent of our parent company. Some of our stories include affiliate links. If you buy something through one of these links, we may earn an affiliate commission.