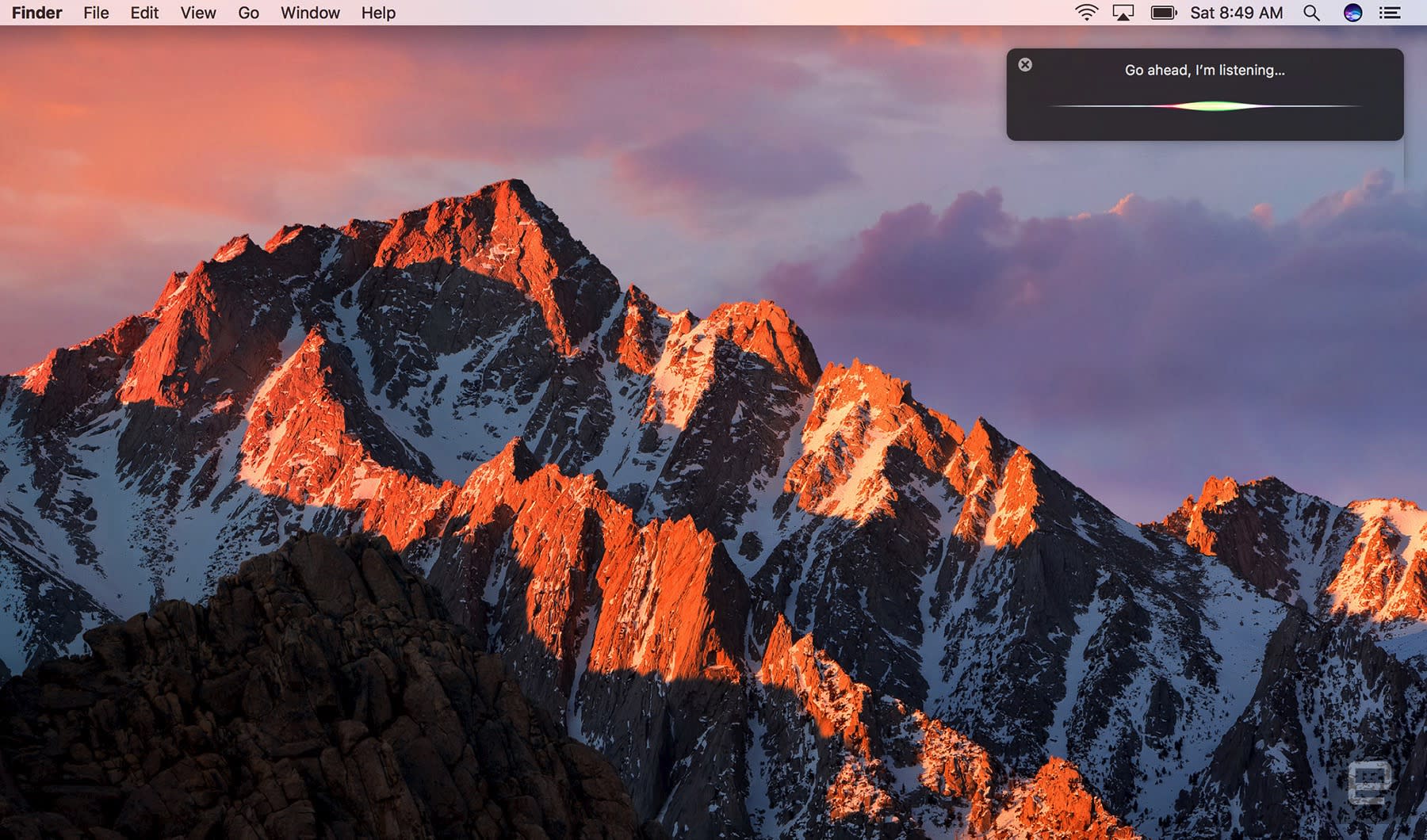 If you can't wait to see how Siri works on Apple's upcoming desktop platform, head over to beta.apple.com. Cupertino has just released the public beta of macOS Sierra, and you can download it today from the company's website. We took an earlier iteration of the OS for a spin in June, so you probably already have an idea of what to expect. Besides Siri, it also introduces a picture-in-picture mode for iTunes and Safari, a universal clipboard for macOS and iOS, a more feature-rich messaging app and a redesigned iTunes. Apple has made a few changes since then, though, including switching up Siri's keyboard shortcut from Fn-spacebar to command-space hold.

The tech titan also patched up some lingering problems from the older version, but since this is still a beta release, you might still encounter a few bugs and errors along the way. Just don't forget to install updates when they come out and to report any issues through the beta software's built-in Feedback Assistant app to improve your experience. Finally, if you have access to the developer beta of watchOS 3, you can now unlock your computer with an Apple Watch. In case this is your first time previewing a pre-release version of Mac's desktop platform, you may want to install it on a second Mac (if you have more than one) and to make a backup of your computer, just to be safe.

In this article: apple, gear, macos, macossierra, personal computing, personalcomputing, sierra
All products recommended by Engadget are selected by our editorial team, independent of our parent company. Some of our stories include affiliate links. If you buy something through one of these links, we may earn an affiliate commission.