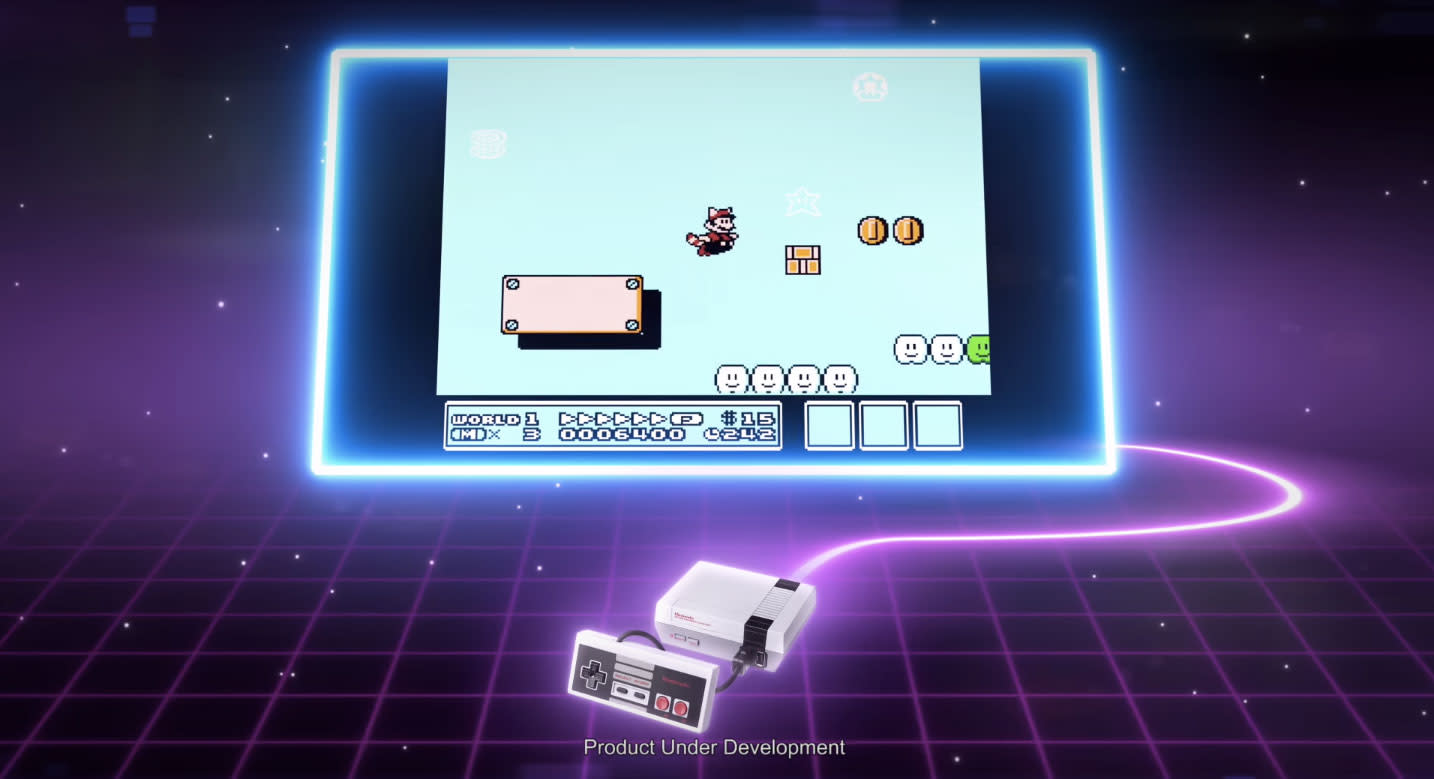 Between the incredible popularity of Pokémon Go, game-themed sneakers and the NES Classic Mini console, Nintendo's nostalgia bombs show no signs of stopping. The gaming juggernaut is fueling that fire with a decidedly retro-style trailer for the new-old system, replete with the familiar "now you're playing with power" tagline from the '80s. It's a fun look at the analog past in our digital future. But upon closer inspection a few things pop out. For starters, folks who've played anything reissued via Virtual Console on Wii U or otherwise can attest that the games look dingy and dull.

That doesn't appear to be the case here, as Ars Technica points out. The effect is similar to the pre-roll clip on Paramount's Blu-rays where the dim, old logo gives way to the brighter and pin-sharp HD one. These quick glances of Metroid, Donkey Kong, The Legend of Zelda and others look great and almost as if they're running on a PC emulator.

However, until we actually get a look at the 30 classics running to a HDTV with our own eyes though, it's anyone's guess how they'll actually perform. It's still a shame that we're stuck with the games in the box come November 11th, though.

In this article: av, ClassicMini, donkeykong, gaming, internet, Metroid, nes, nintendo, nintendoentertainmentsystem, TheLegendOfZelda, zelda
All products recommended by Engadget are selected by our editorial team, independent of our parent company. Some of our stories include affiliate links. If you buy something through one of these links, we may earn an affiliate commission.