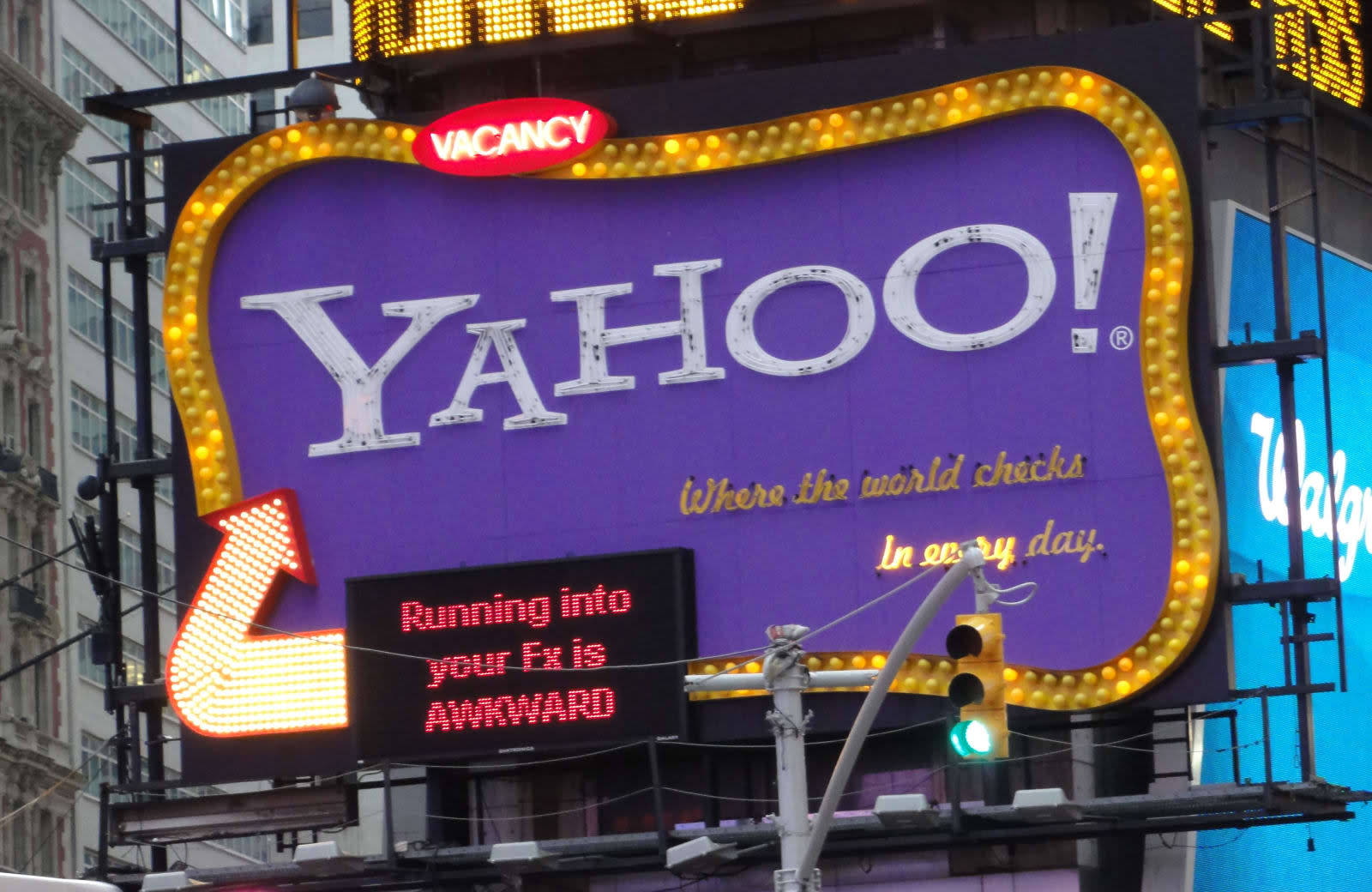 Remember when Verizon bought out AOL (Engadget's parent brand) last year? Then get ready for deja vu: the communications giant is reportedly in closing talks to purchase Yahoo later this year. Sources familiar with the deal have told Bloomberg and Recode that Verizon is offering almost $5 billion to take over Yahoo's core business and real estate holdings. The deal still isn't finalized, but sources say it's close. That's good news for Tim Armstrong, who's been hoping to use the buyout to expand the AOL userbase from 700 million to almost two billion.

For Yahoo, the selling processes is the end of a long journey. When Marissa Mayer took over as CEO in 2012, the company's core services were struggling to maintain relevancy. Mayer restructured the firm to focus on mobile development, cut fat and eventually performed a "reverse spin-off" to save on taxes, moving all of its business except Alibaba into a new company. Despite this, the company still wound up pitching a sale to bidders earlier this year. It looks like they may finally have a buyer.

Even so, don't place any bets just yet: negotiations are still ongoing, and the presumptive sale could still fall apart. Even if it does, one thing is clear -- Yahoo's days as an independent company seem to be numbered.

Update: Wall Street Journal sources understand that Verizon has finalized a $4.8 billion deal that will be announced on July 25th.

In this article: bidding, business, buyout, culture, marissamayer, sale, verizon, yahoo, yahoosale
All products recommended by Engadget are selected by our editorial team, independent of our parent company. Some of our stories include affiliate links. If you buy something through one of these links, we may earn an affiliate commission.