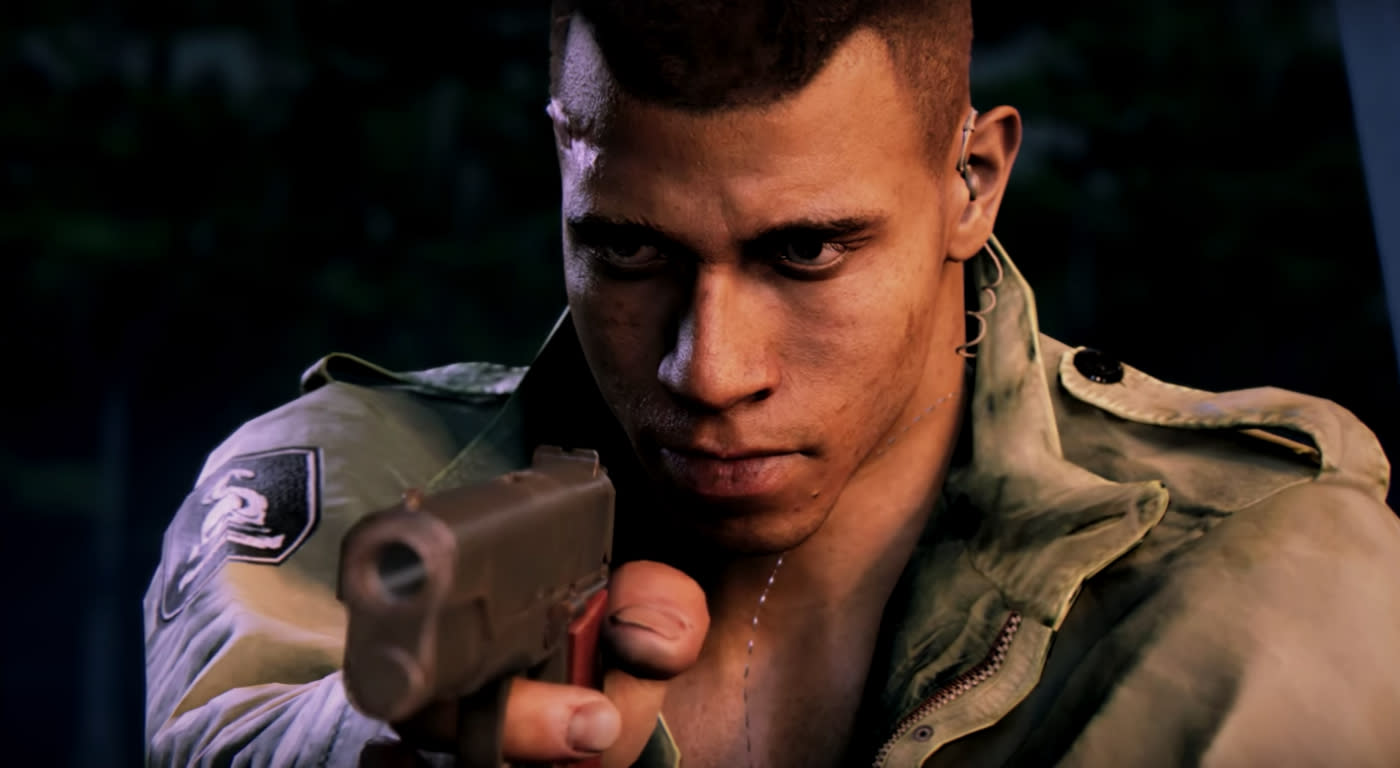 The historical research behind the biracial antihero in 'Mafia III'

Lincoln Clay embodies the tensions of the 1968 American South.

The 1960s were a period of dramatic upheaval in the United States. By 1968, the Vietnam War was raging abroad while civil-rights activists at home were mourning the death of Dr. Martin Luther King Jr., who was assassinated in April. The Civil Rights Act, Fair Housing Act and Brown v. Board of Education -- landmark rulings in favor of racial equality in the United States -- were all in effect, though racism still reared its ugly head across the nation, particularly in the South. The FBI finally admitted in the 1950s that organized crime existed on a large scale, and by 1968, the sun was setting on the Italian mob's golden age.

This is the backdrop for Hangar 13's first project, Mafia III. The game takes place in New Bordeaux, a fictionalized version of New Orleans, and it stars Lincoln Clay, a half-black, half-white Vietnam War veteran who takes on the Italian mob. Mafia III challenges the status quo in the same way the 1960s forever changed the United States: Lincoln represents the tensions of an entire nation and he embodies a drastic shift for the series, which has traditionally starred white mobsters.

"We've told that story," says lead writer Bill Harms. "We have two previous games and we really wanted to push the franchise forward in interesting ways, but we're also holding onto the kind of tenets of what makes a Mafia game a Mafia game. A gifted antihero, a specific time and place in American history. And honestly, the Italian mafia plays a huge role in this game."

The Italian mob is important to Mafia III's story, but it isn't the game's focus. Lincoln is a proud member of the black mafia, a group that was viciously slaughtered by the Italian mob. Lincoln vows revenge, and his fellow vigilantes include the Haitian mob's "Voodoo Queen" Cassandra, Irish crime boss Thomas Burke and Vito Scaletta, noted Italian mafioso and the star of Mafia II.

"One of our big goals was reclaiming what 'mafia' means as a term," Harms says. Lincoln is a large part of that reclamation. Harms is white and Lincoln, the character he's in charge of bringing to life in Mafia III, is black. To ensure he told an accurate story -- from a historical and racial perspective -- Harms did his homework. He watched documentaries like Spies of Mississippi and Take This Hammer, and he read interviews from the 1960s about racial discrimination as it showed up across a range of fields, from housing to football.

Harms is a self-proclaimed history buff and he surrounded himself with stories and images from the era. For a long while during development, his desktop background was a picture of civil rights activist John Lewis (now a US congressman from Georgia) being pummeled by police officers during the Selma to Montgomery marches in 1965. A Post-it note on his monitor displayed a quote from writer and activist James Baldwin in Take This Hammer, where he discusses his rejection of the n-word and why it doesn't apply to him personally, as a black man living in 1960s America.

"I've probably watched that part of the interview 15 times because it's very, very powerful," Harms says. Lincoln allows Harms to tell a more robust and authentic story of the 1968 American South, when the Italian mafia's golden age was coming to a close. Focusing on the black mafia provides a different lens for the series, rather than featuring another white member of the Italian mob.

During development, Harms spoke with the black voice actors working on Mafia III, and he says their personal experiences helped inform the characters as well. "We had a lot of conversations about race," Harms says. "In terms of everything from, 'What language are we going to use in the game, what opinions are we going to have characters express in the game?' In the end, we just decided the best thing to do was just be as authentic as possible and let history inform what we do."

That history includes the Vietnam War, Creedence Clearwater Revival and other aspects of 1968 Americana. News stories air on the radio throughout the game, offering details about protests, pop culture phenomena and commentary on players' actions as they progress. And then there's the music.

"You're driving around in our game and CCR comes on the radio, and you just want to floor the car and drive fast," Harms says. "It really gets you going. And it really helps capture and establish the '60s, even if you weren't alive then." Harms' father fought in the Vietnam War, as did the father of studio head Haden Blackman. Their personal relationships with Vietnam veterans helped shape Lincoln's character.

"When Lincoln arrives home, he doesn't go back to his old bedroom. He sleeps in the basement," Harms explains. "That's because the basement is essentially a very large foxhole and that's where he feels safe. ... Obviously, we wanted to be very respectful to other people who've served in Vietnam. Lincoln is highly decorated; he's served his country with honor and he was very brave. That's also something that comes up about him as a character during the course of the game."

In Mafia III, Lincoln is a decorated war vet, an orphan and a young man who is trying to protect his surrogate family's legacy in 1968 Louisiana. In the end, his race provides a fresh angle for the franchise, but it isn't the entire story. Lincoln is a man who never had a lot, and what he had was cruelly ripped away from him. Players of all backgrounds can relate to these themes -- loss, death and uncertainty. Lincoln is a classic Mafia-style antihero, just as Harms intended.

"Even though, obviously, I'm a white person, we're all human beings," Harms says. "It's finding out those areas where you empathize with people. There are things about [Lincoln] that are universal to everybody."