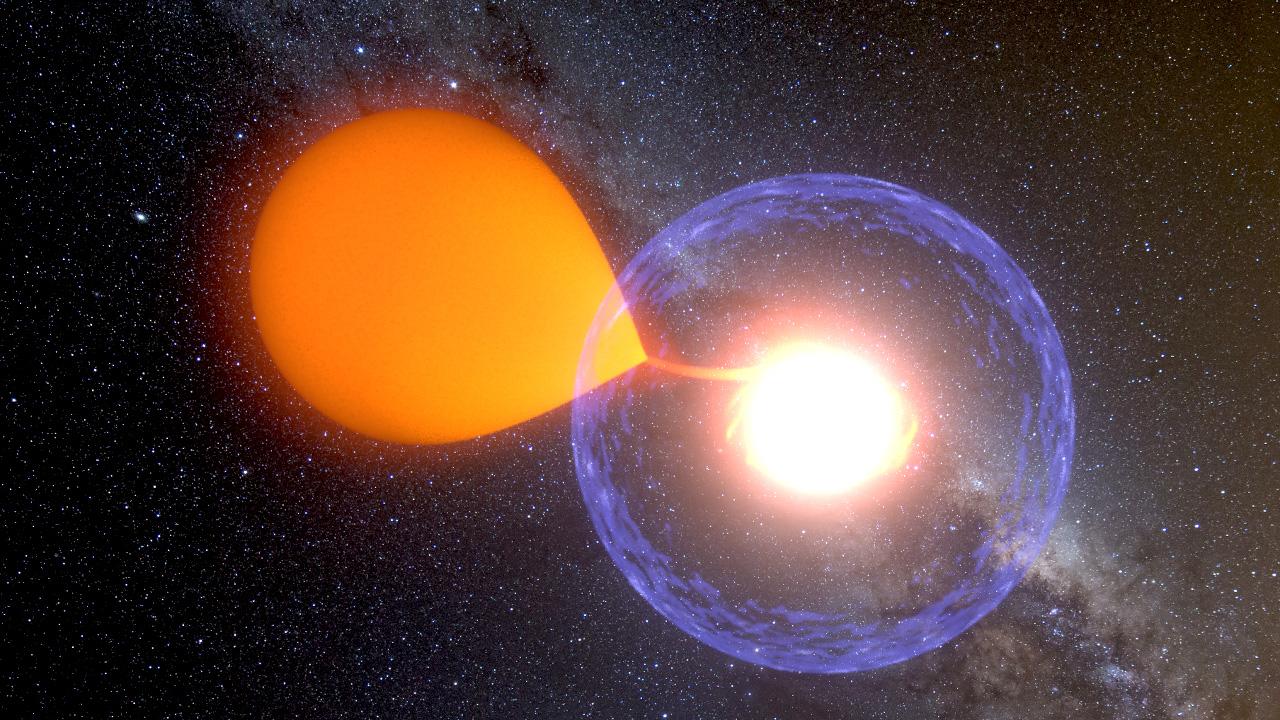 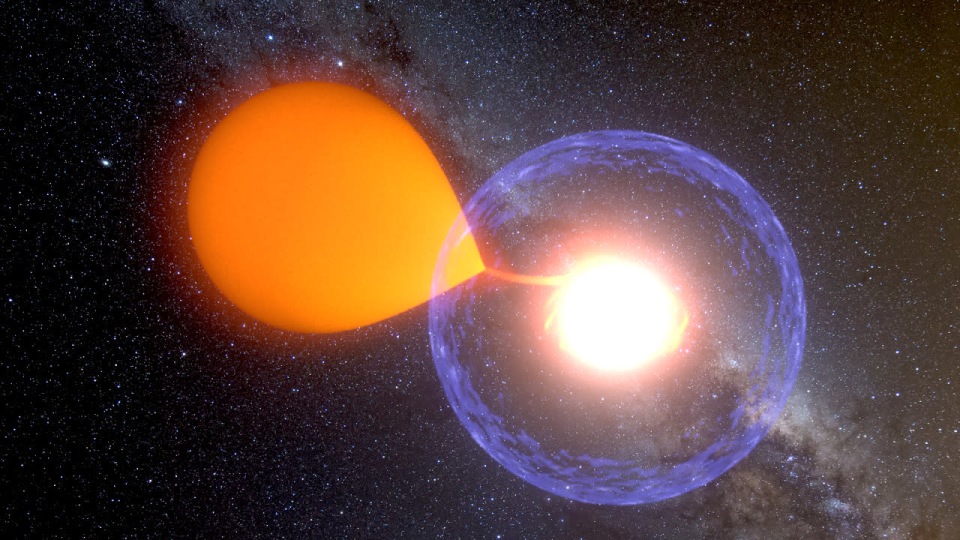 When a star explodes, astronomers usually scramble to point their telescopes in its direction, hoping to catch a glimpse of the aftermath. While this is a fine way for learning about the results of a nova or supernova, much less is known about the events leading up to a star's death. But, according to a new study published in Nature, when the white dwarf in the binary star system V1213 Cen exploded in 2009, it gave astronomers the first opportunity to view a classical nova from start to finish.

A classical nova happens in a binary system, where the gravity around a dense white dwarf steals the hydrogen off of a nearby companion star until it eventually explodes in a thermonuclear flash of white light. In the case of V1213 Cen (aka Nova Centauri 2009), astronomers had been observing the system for six years, watching as it would occasionally flash with smaller bursts of hydrogen. As lead author Przemek Mroz told The Verge, the flashes showed hydrogen was being pulled off of the companion start at a slow, erratic rate in the lead up to the 2009 explosion. Unlike a much more powerful supernova, both stars survive in a classical nova, but the wave of radiation given off by the blast leaves the companion star much brighter and slightly larger -- as was the case in V1213 Cen.

With the balance adjusted in the binary system, the white dwarf also started to draw hydrogen off its companion at a consistently higher rate, leading astronomers to theorize it will eventually explode again in an ongoing cycle of hibernations and classical novae. Don't bother waiting around for the next one though, scientists estimate it won't occur for at least another million years.

In this article: classicalnova, NovaCentauri2009, science, space, supernova, v1213cen, whitedwarf
All products recommended by Engadget are selected by our editorial team, independent of our parent company. Some of our stories include affiliate links. If you buy something through one of these links, we may earn an affiliate commission.