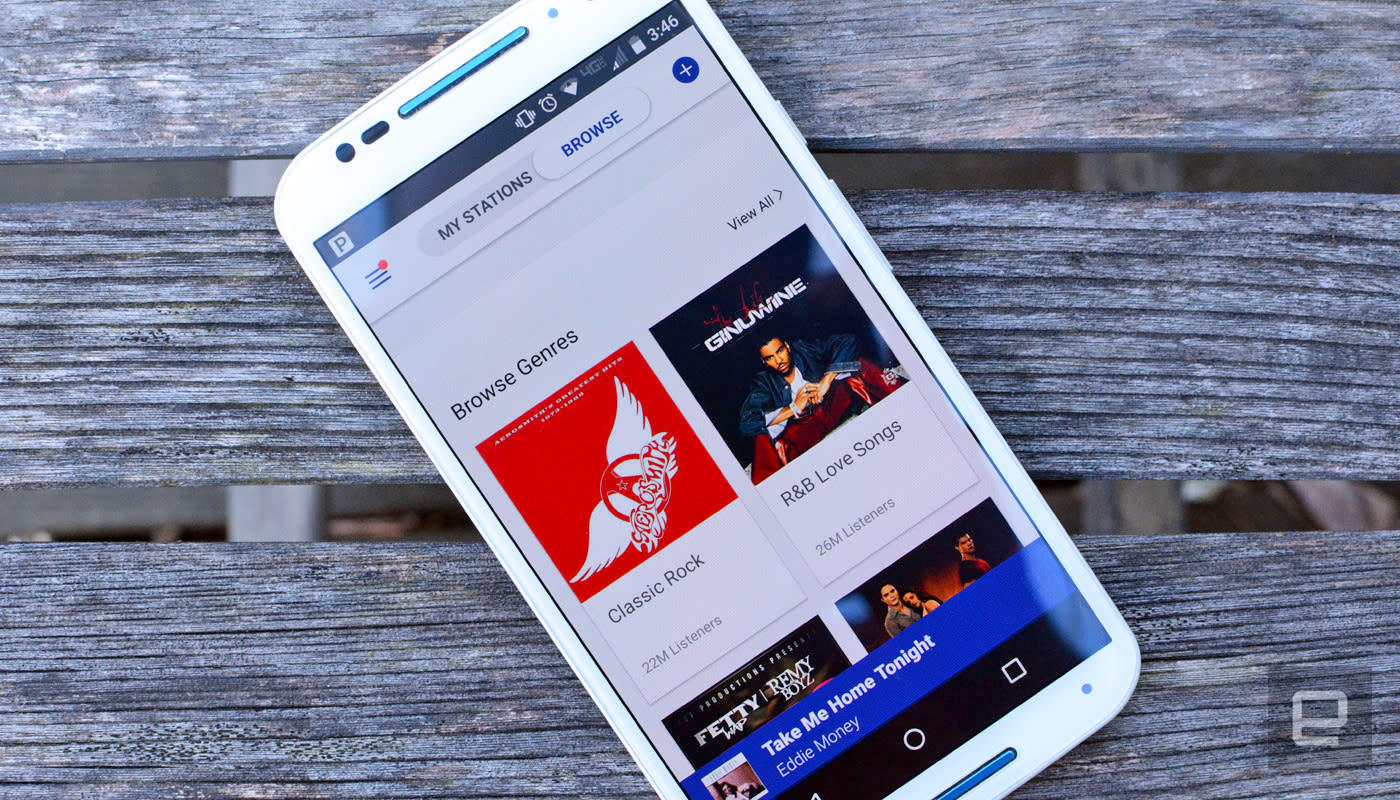 We've know about Pandora's plan to turn the remaining pieces of Rdio into its own subscription service for some time now, but thanks to The Wall Street Journal, we know that the launch could be imminent. WSJ reports that the company is close to securing the necessary licensing deals for the new paid service in both the US and abroad. The media outlet's sources indicate that in addition to a free tier, there will also be two paid options -- a detail we've heard the company's CEO discuss in the past. We surmise that listening for free means that you'll have to suffer through some ads, but that's something Pandora will likely confirm at launch.

While Pandora's version of streaming has focused on internet radio stations based on an artist, this new service will be on-demand like Spotify, Tidal and Apple Music. The company hasn't offered an update on the launch of the "expanded listening experience" it touted after nabbing what was left of Rdio last year. At that time, the vague "late 2016" estimate was offered. According to WSJ though, the new paid tiers could arrive as soon as next month. Pandora One currently offers ad-free listening with the ability to skip more often and other features for $5 a month or via a day pass for 99 cents.

In terms of pricing, Pandora CEO Tim Westergren discussed the two paid tiers in an interview back in June. He explained that in addition to a $10 monthly plan, the company also aims to offer a cheaper option with "mid-level" features. Of course, timing to the official announcement is dependent on these pending licensing deals, but from the details of this latest report, it sounds like Pandora will have some news for us in the near future.

In this article: av, deals, entertainment, licensing, music, musicstreaming, pandora, rdio, services, streaming, subscription
All products recommended by Engadget are selected by our editorial team, independent of our parent company. Some of our stories include affiliate links. If you buy something through one of these links, we may earn an affiliate commission.