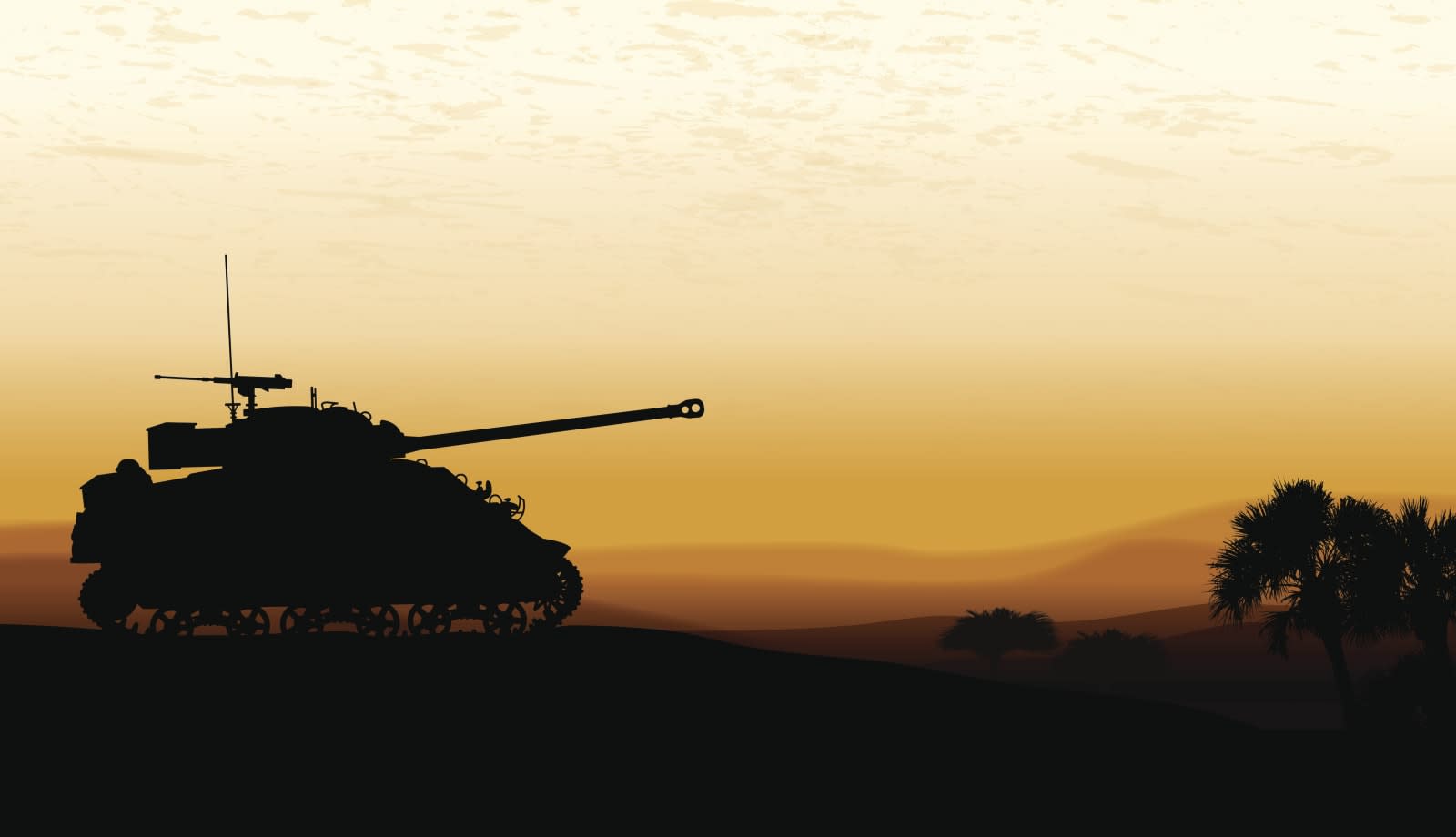 Iraq built an armed robotic vehicle, according to Baghdad Post, and it could be used to take back a town occupied by ISIS. Based on Defense One's translation of the story, the robot is car-sized and tank-like, equipped with an automatic machine gun and a rocket launcher. It also has four cameras to be able to show operators its field of view, since it's controlled using a laptop from a kilometer away. That distance means its operators still have to be on the battlefield, but at least they can stay hidden and safe while the machine does its job.

It's not exactly clear who built this vehicle nicknamed "Alrobot" (that's Arabic for robot). Baghdad Post credits two brothers for the effort, but it didn't mention their names and their affiliations. A Twitter user said it was presented at a security and defense exhibit in Baghdad half a year ago, though, and provided a photo of it from the event, as you can see below.

Since details about the robot are scarce, one has to wonder how often Iraq plans to use it and if the country's government is planning to build more. Elliot Zweig, deputy director of the Middle East Media Research Institute, shed some on the country's plans for it. He told DefenseOne that the video with Baghdad Post's story talks about how Iraq will deploy the robot to retake Mosul, a city in Northern Iraq that ISIS occupied in 2014.

@DefTechPat young Iraqis presentation in the security and defence exhibition in Baghdad before 6 months ago pic.twitter.com/eq0HmkDY0L

In this article: alrobot, gear, iraq, isis, robots
All products recommended by Engadget are selected by our editorial team, independent of our parent company. Some of our stories include affiliate links. If you buy something through one of these links, we may earn an affiliate commission.