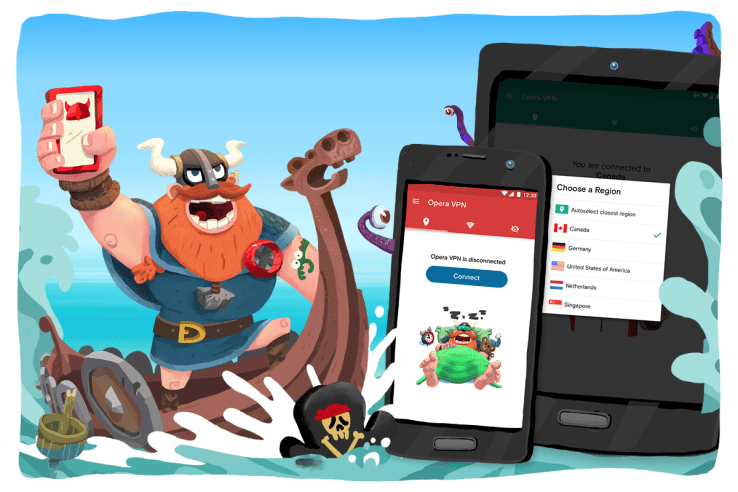 Opera previously launched an unlimited VPN service for iOS earlier this year as a result of its 2015 acquisition of SurfEasy, and now it's doing the same for Android users.

Opera VPN will let you appear as if you're in a different country such as the US, Canada, Singapore, Germany and the Netherlands in addition to allowing you to block ad trackers. You can effectively bypass content restricted by location with the VPN, and without a data limit you can use it as much as you want.

If you're not well-versed in VPNs, the app automatically handles setting Android VPN settings for you and will also check the security and integrity of your current Wi-Fi connection. This feature may slow down your internet speed while you're using it, as TechCrunch attests, but not so much that it's too problematic to use while surfing.

If you're interested in trying out the app, you can pick it up via the Google Play Store now.

In this article: android, culture, ios, opera, opera vpn, security, VPN
All products recommended by Engadget are selected by our editorial team, independent of our parent company. Some of our stories include affiliate links. If you buy something through one of these links, we may earn an affiliate commission.