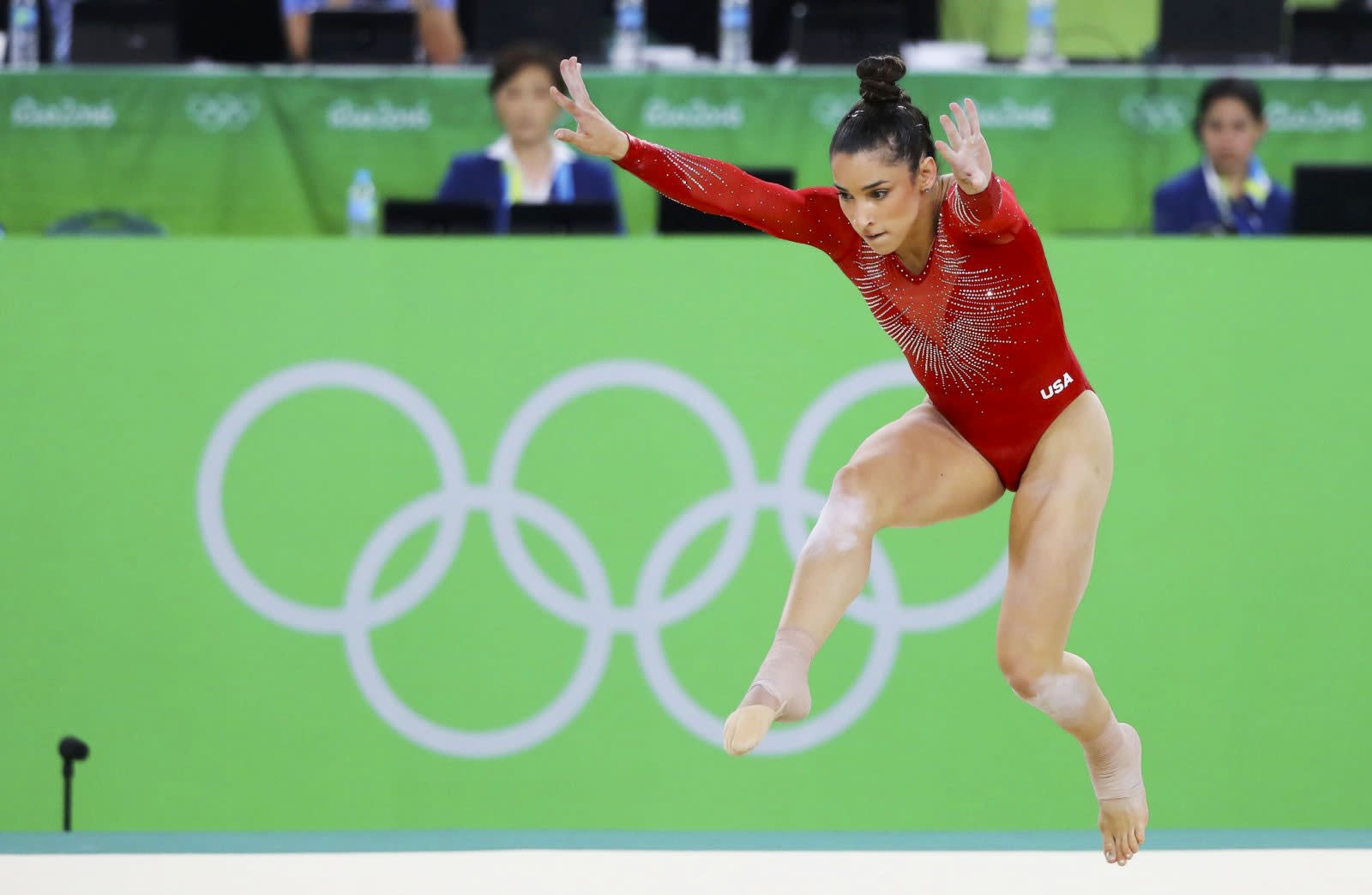 You may have heard that the IOC placed a ban on media outlets using unlicensed footage from the Rio Olympics to make GIFs for their social media channels. Of course, since it's 2016 and people have Twitter, that didn't stop some from trying. One of the more popular clips on social media showed Katie Ledecky destroying her opponents in the women's 800m freestyle race, providing enough time for Rob Thomas and Carlos Santana to reach "Man it's a hot one" before another competitor even finishes. While the IOC did have that video pulled, its poster's account remains active. Meanwhile, Jim Weber posts on LinkedIn that after posting three GIFs of Olympic action, his account ended up permanently banned.

After a few automated messages sent over a period of a few minutes, @JimMWeber was gone for good. According to Weber, while he assumed Twitter might yank the GIFs, he did not think it would ax his account entirely. Still, pulling this GIF of Aly Raisman's floor routine that someone else posted to Reddit appears to have done the trick.

We contacted the company and it said that "We don't comment on individual accounts for privacy and security reasons." As a result, it's hard to see why this account got the hammer and others have survived (some accounts were banned, at least temporarily, for posting videos), but it is yet another example of how quickly things can move when a powerful organization wants to control the conversation, vs. harassment targeting groups and individuals.

Update, August 25th, 11:30AM ET: It looks like the noise Weber raised over his suspension worked. He's now been reinstated on Twitter, despite the fact that his ban was said to be permanent. While it's good to see this outcome, it also highlights how odd Twitter's responses can be to cases like this -- Weber's account was originally suspended with zero human-to-human interaction. And users who might end up in similar situations without the platform that Weber had might not have the same recourse he was able to take advantage of.

In this article: ban, culture, gifs, internet, olympics, twitter
All products recommended by Engadget are selected by our editorial team, independent of our parent company. Some of our stories include affiliate links. If you buy something through one of these links, we may earn an affiliate commission.