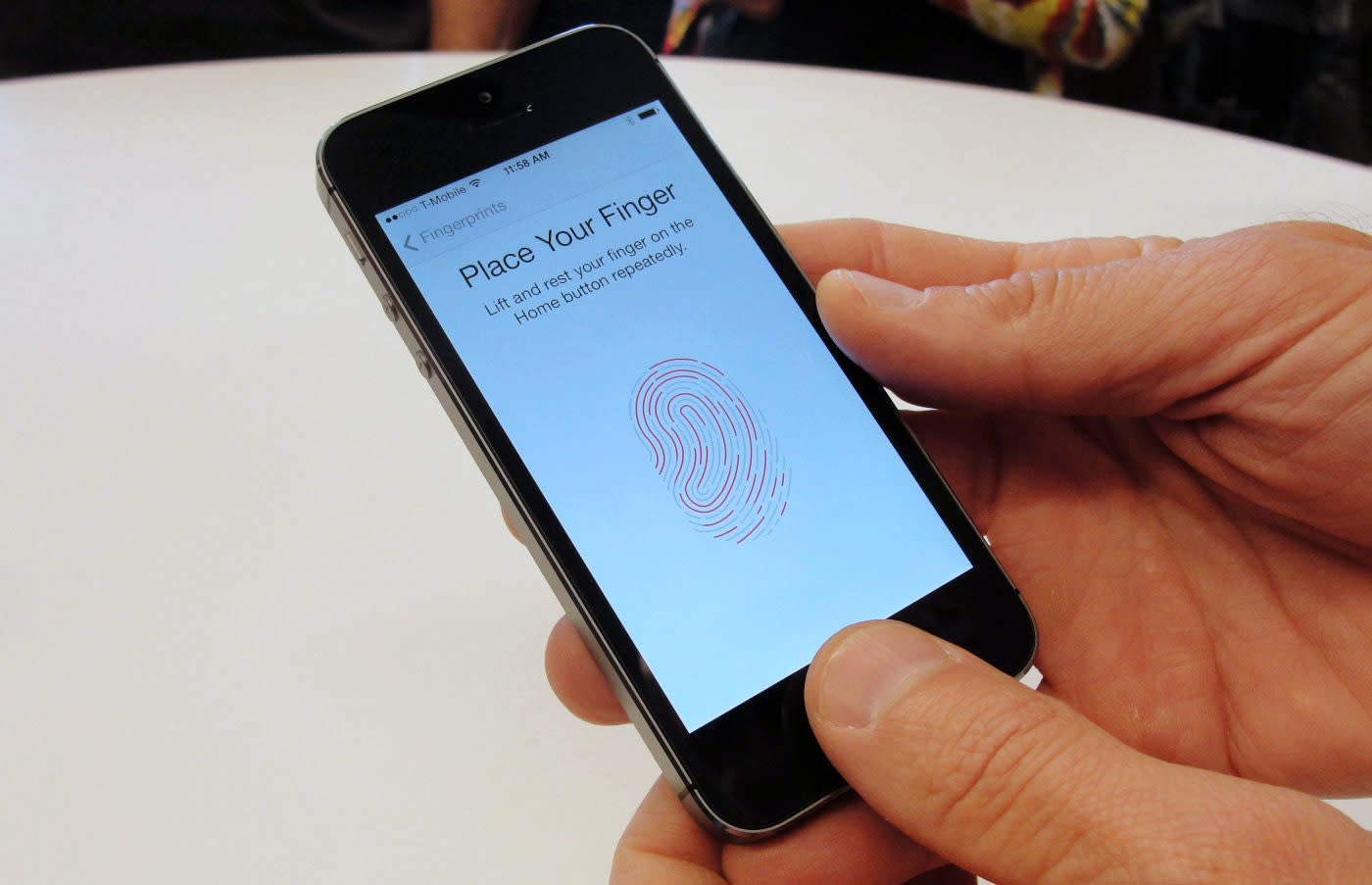 Apple's done a lot to curb iPhone theft via the "Find my iPhone" feature and encryption that locks out users if an incorrect code or fingerprint is used too often. However, it's thinking about getting more proactive, judging by a recent patent application. It claims a method of "capturing biometric information for identifying unauthorized users," including fingerprints, video or audio. The information could be stored or send to a server, where police could presumably use it to figure out who nabbed your device.

The system is pretty simple. The Touch ID sensor, front camera and microphone are already there, they simply need to be switched on without alerting the bad guy. In one scheme, the system could capture biometric data after a single failed passcode attempt; in another, it would only store it after a pre-determined number of failed attempts. On top of storing video, audio and fingerprint data, it could save and transmit "forensic" info like a GPS location. (The patent doesn't specifically mention the iPhone or iPad, but those are Apple's only devices with fingerprint sensors.)

Such a feature might be on shaky legal ground, however. Apple, maybe more than any company, understands the downsides of storing data without notifying users. And while it's fun to speculate about patents, the tech rarely makes it into actual products, and this one has yet to be approved by the USPTO. Still, Apple can already track thieves, and such a scheme would let you nab them without having to traipse around the world.

In this article: apple, Biometrics, Fingerprint, gear, iPhone, mobile, photos, Stolen, thieves, TouchID
All products recommended by Engadget are selected by our editorial team, independent of our parent company. Some of our stories include affiliate links. If you buy something through one of these links, we may earn an affiliate commission.