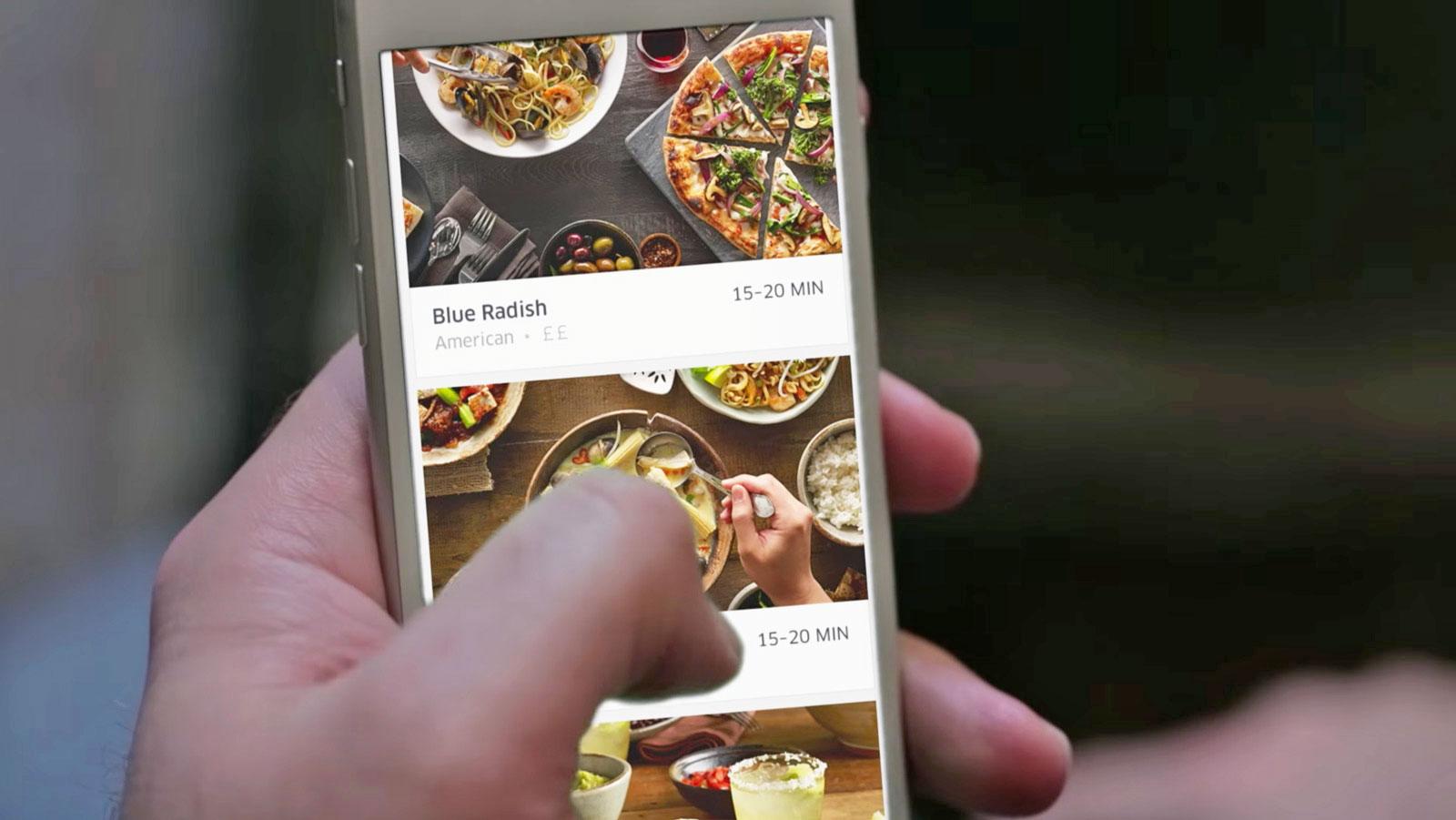 Established food delivery service Deliveroo and recently launched UberEats might be competitors in the UK, but their drivers have found a common enemy in the businesses they work for. UberEats couriers have planned a protest outside Uber's London HQ today, over changes to their pay structure they say could lead to them earning less than the minimum wage, The Guardian reports.

Drivers now get paid £3.30 per delivery plus £1 per mile travelled, with Uber taking a 25 percent cut of that total. A bonus of £3 or £4 is then added depending on the day of the week and whether the delivery is during peak or off-peak hours. Before last weekend, though, that bonus reward was a flat £5. Uber says this was a "very generous" incentive offered to drivers while the customer base was growing. Now business has picked up, these incentives have been lowered.

Uber also claims that since the change to bonus pay was made, couriers are still making, on average, over 10 percent more per hour than they were -- because the number of orders, and therefore the total they can make in a shift, is still rising. UberEats drivers speaking to The Guardian tell a different story, though, and are urging Uber to ensure they receive at least the London living wage of £9.40 per hour (set by the Living Wage Foundation).

Discontent among UberEats couriers follows a similar situation playing out in the Deliveroo driver community. Earlier this month, Deliveroo announced it was going to begin trialling a new payment structure among a small group of its drivers, moving them from a flat rate of £7 per hour plus £1 per delivery to no hourly pay and £3.75 per delivery. Fearing the trial preempted a company-wide change, drivers were quick to strike, claiming the new structure would leave them dangerously out of pocket. Though Deliveroo asserts drivers can theoretically make more money under the new scheme, it apologised for poor communication and gave assurances that the trial was opt-in, not compulsory. The damage was already done, however, and the protests continued. They generated enough attention that the government even chimed in. A spokesperson for the Department of Business, Energy and Industrial Strategy commented: "An individual's employment status is determined by the reality of the working relationship and not the type of contract they have signed."

"Employers cannot simply opt out of the national living wage by defining their staff as self-employed," they added. Just to be clear, this commentary doesn't reflect any formal involvement in the Deliveroo situation on the government's part. That would a matter for HMRC and would likely occur off the back of court rulings, if the dispute were to go that far.

Uber is no stranger to unrest that seems characteristic of the gig economy, of course. The kind of companies that offer these flexible working relationships believe they are empowering people by letting them set their own hours. However, they typically don't offer any standard employee benefits -- though Uber seems to be moving in that direction (sort of), if only for show -- and common worker criticisms include a lack of income security and unpaid downtime while they wait on jobs to come through.

Whether or not these workers classify as employees (thus being entitled to certain benefits) is a grey area Uber is all too familiar with. Several lawsuits brought against the company in the US have unsuccessfully attempted to redefine Uber contractors as employees en masse, and a couple of similar legal challenges have been launched in the UK. Even if Uber drivers wanting to be classed as employees were to eventually get their way, though, many could find themselves obsolete in the not-too-distant future.

In this article: culture, deliveroo, delivery, food and drink, food-and-drink, foodanddrink, fooddelivery, london, protest, services, strike, transportation, uber, ubereats
All products recommended by Engadget are selected by our editorial team, independent of our parent company. Some of our stories include affiliate links. If you buy something through one of these links, we may earn an affiliate commission.