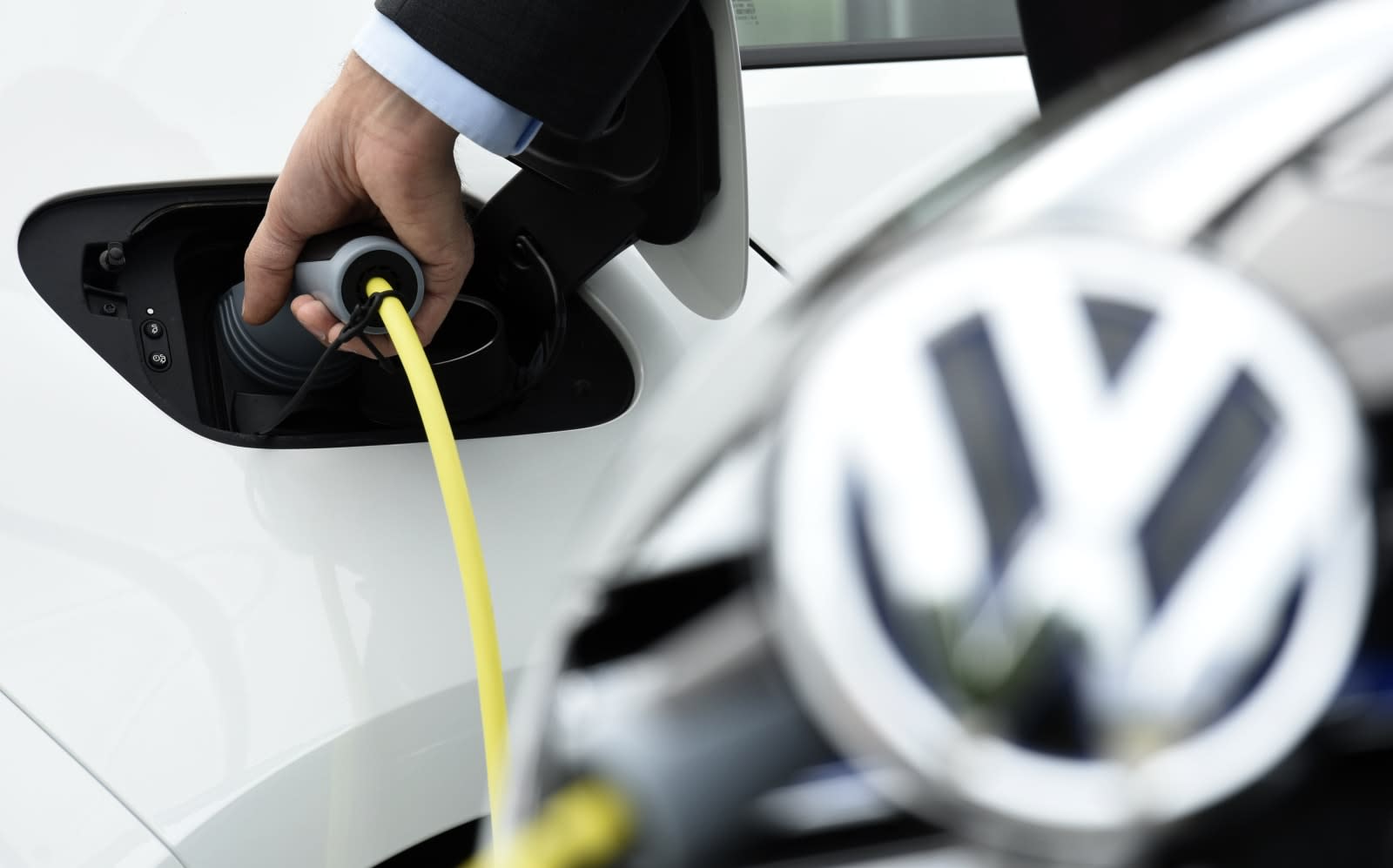 In the wake of its emissions scandal and lawsuit with US authorities, German automaker Volkswagen has been pushing its electric concept vehicles and rushing its 84-mile-per-battery E-Golf into the consumer market. But for range and convenience rivaling Tesla's lineup, VW's first entry in its next generation of EV will be revealed to the public at the Paris motor show in October, a company chairman told German magazine WirstschaftWoche. While the car's compact Golf-like size combined with the roomy Passat-like interior space is promising, the real kicker is the recharge speed the company's engineers are aiming for: Plug the car in for 15 minutes and it should be able to drive for 300 miles.

That's the plan, VW Group CEO Matthias Müller confirmed to Autocar, with a pricetag they hope to be lower than a comparable combustion-engine car. Which will be wonderful if it arrives from the production line as advertised at the end of 2018 or beginning of 2019, a hopeful date mentioned by the chairman, though Müller only affirmed a 2025 target for the car's release. But even the Tesla Supercharger can only manage to refill 50 percent of its battery after 20 minutes, equivalent to 115 to 126 miles. The range VW is boasting is in line with their estimates for that of its Modular Electric Platform (MEB) proposed for its BUDD-e microbus concept back in January, which claimed to charge 80 percent of its 373-mile maximum in 15 minutes.

The VW-owned Porsche boasted the same rate for its sportsy Model E electric car, which they announced would roll off assembly lines in 2019. But as TechCrunch points out, further research into and technical development of an 800-volt charging method is necessary for the performance vehicle to reach that refilling speed. Meanwhile, Tesla's existing Model S can net up to 58 miles per hour from a 240-volt socket and an aftermarket second in-car charger, hitting its own 80 percent mark in about four hours. It's not up to the rate that VW is claiming, but it's a tested standard without additional infrastructure or a dedicated Supercharger station.

Regardless, the VW chairman told WirstschaftWoche that the unnamed EV sedan will be the first in a lineup of "New Urban Vehicles" designed to use MEB. It will include a city-ready SUV, a coupe, a small delivery van akin to the previously-announced BUDD-e concept minibus and a luxury sedan.

In this article: electric vehicle, gadgetry, gadgets, gear, green, transportation, volkswagen
All products recommended by Engadget are selected by our editorial team, independent of our parent company. Some of our stories include affiliate links. If you buy something through one of these links, we may earn an affiliate commission.