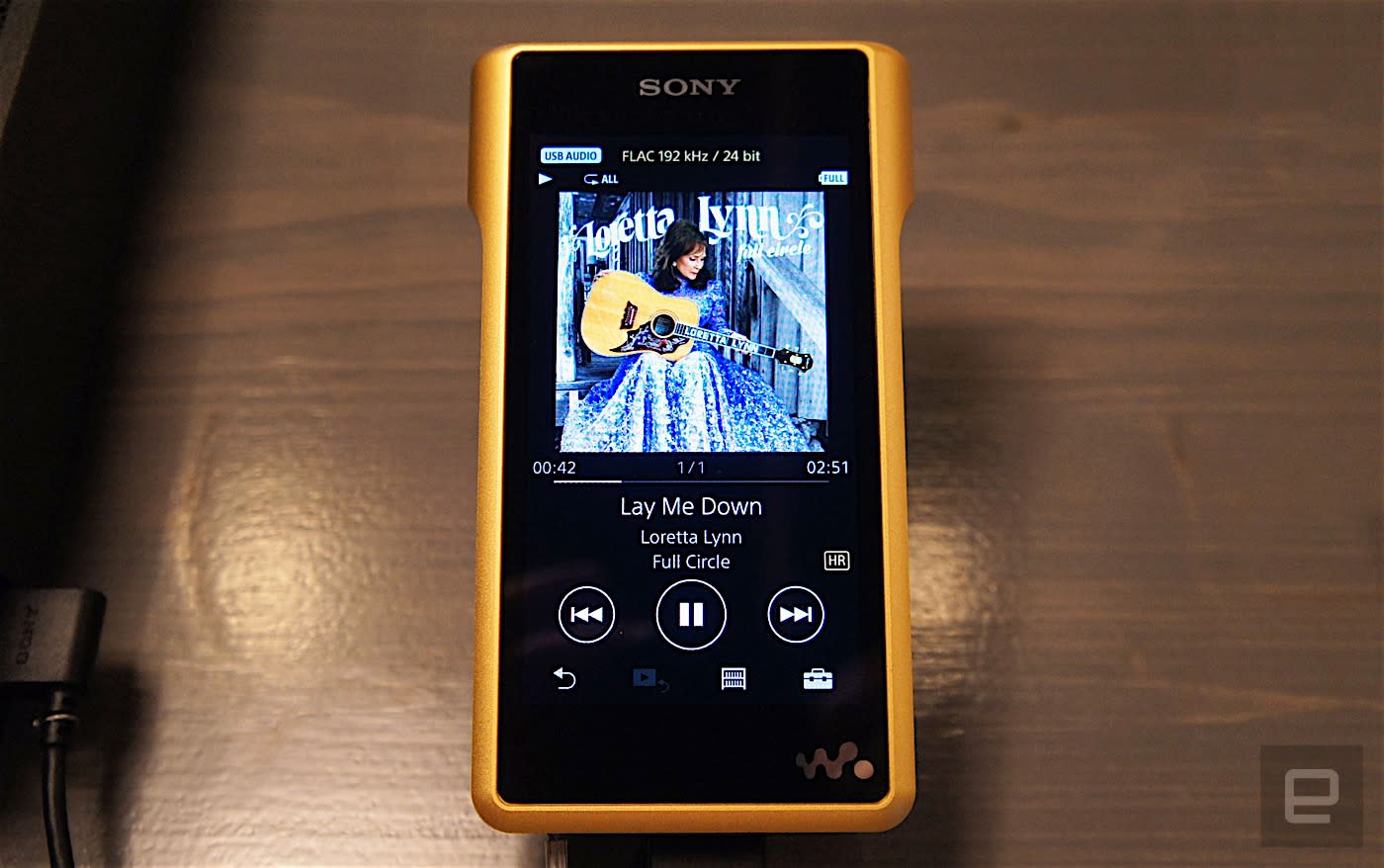 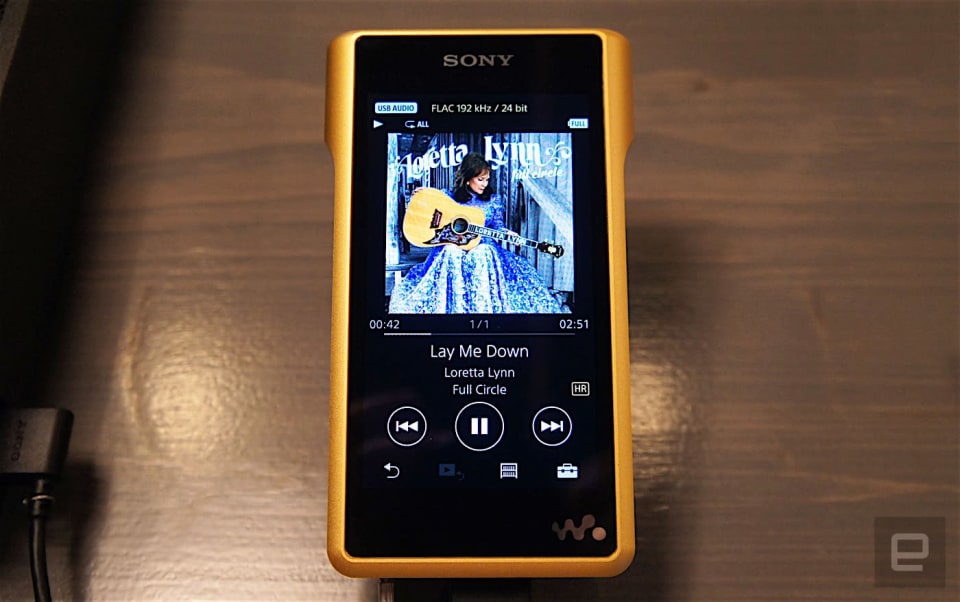 How much do you love music? Do you love it enough to spend $3,200 on a fancy pants Walkman? That's the proposition on the table with Sony's new gold-plated NW-WM1Z music player. Essentially, Sony continues to position its immortal Walkman brand as a true audiophile experience aimed at fans of High Resolution Audio files (don't worry, it'll play your plain old MP3s too). The basic concept might seem contradictory: a portable media player that pairs with a (non-portable) amp and custom designed headphones. But this isn't a product that's meant to make sense to most people. Audiophiles will know. Or at least, that's what Sony hopes. Oh, if you thought that $3,200 was a wedge of cash, know that that's just for the media player part. All three components -- known as the "Signature Series" come with a healthy price tag. The amplifier is $2,100, and the headphones are $2,200. All in, that's a chunk of change. For those of you still with their wallets out, you probably want to know what it sounds like. I only got to spend a few minutes with the set-up on a show floor in Berlin, so it's hard to give it the full critical listening experience, but it's definitely a few cuts above your phone and regular on ears (as you'd hope).

I've had the pleasure of listening to several "high end" audio players, including Neil Young's Pono (if you remember that). There are no real words to explain the difference. The audio you get out of your phone and $200 headphones has so many variables that the sound ends up either flat, or juiced with bass -- and most people have made peace with this. The Signature Series on the other hand (and in my experience higher grade audio systems in general) feels like you're in another space completely. It's delicate and airy, almost a little unsettling at first, but ultimately quite a different experience -- and that's the secret sauce that those with golden ears are looking for. I'm loathed to say more without giving it a fair and extended trial.

Despite its hand-held design, the Walkman was surprisingly heavy. There's reassuring weight, and then there's paperweight. I guess you're unlikely to be walking around with this in your pocket (so it's more of a Man, than Walkman?), but the gold-plated metal casing, touch screen and satisfyingly clickable buttons do give it an all round classy feel that, well, you'd hope for at this price. The big question, for both Sony and for buyers, is whether this is any better, or more appealing to anything already out there. The world of high end Hi-Fi is an island all of its own, and the users are notoriously as particular about the details on their hardware, as the sound itself. But we love Sony for trying this anyway.

In this article: audio, av, gear, HighResolutionAudio, ifa, ifa2016, NW-WM1Z, sony, walkman
All products recommended by Engadget are selected by our editorial team, independent of our parent company. Some of our stories include affiliate links. If you buy something through one of these links, we may earn an affiliate commission.