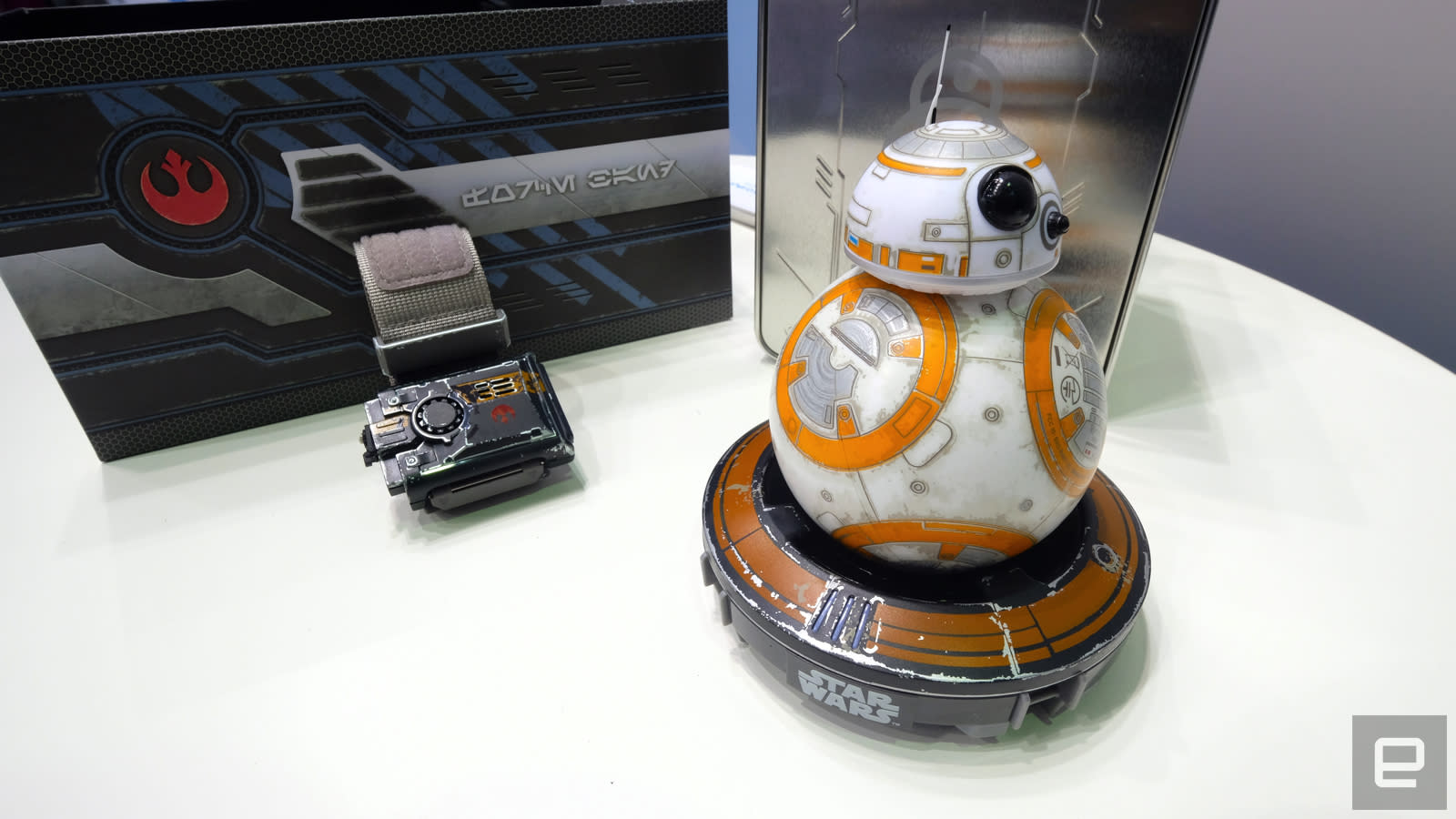 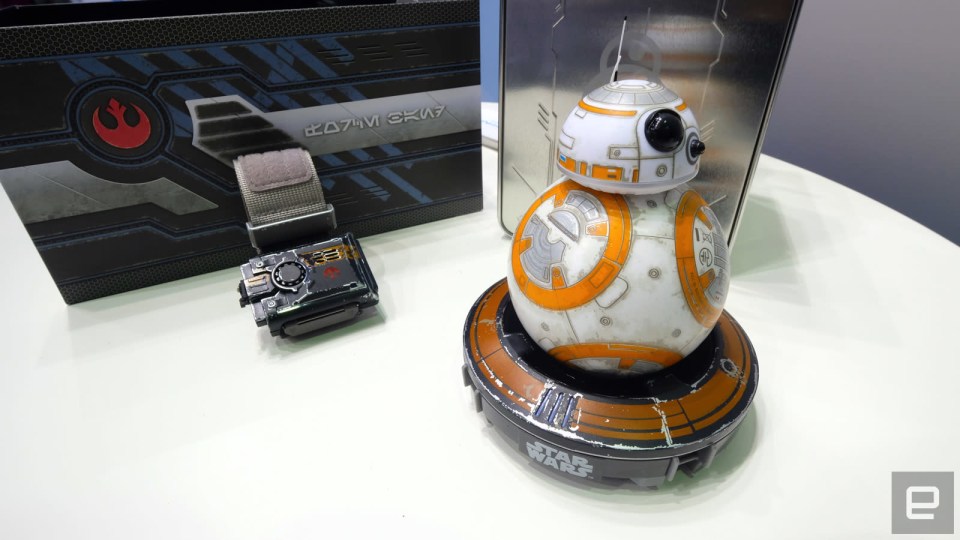 Sphero's BB-8 quickly became the most sought-after Star Wars toy when it was revealed last year. Now, the company is introducing a "Battle-worn" edition of the droid at IFA 2016, featuring a murky appearance that makes it further resemble the character from Star Wars: The Force Awakens. But that's not it. Along with this new rolling ball, Sphero introduced the final version of its Force Band, which lets you control BB-8 by simply waving your hand. The wearable device is also compatible with two other members of Sphero's robot family, the SPRK+ and Ollie.

In the case of the Battle-worn BB-8, it's even more adorable than the original. That's namely because it looks like it's been through some rough times, as the character actually does in the film. Meanwhile, the Force Band has its own app, where you can get an interactive training demo and play different game modes. One of these games, for example, lets you use the Force Band to collect Holocrons, a set of digital cards with images and information about different Star Wars characters. The Force Band can make sounds too, like that of the Millennium Falcon or Han Solo's DL-44 blaster pistol.

Right now, Sphero doesn't have any plans to sell the Battle-worn BB-8 on its own, so your only option is to get a special edition bundle with the Force Band for $199. That said, if you already own the original BB-8 (or the other Sphero robots we mentioned), you can get the wearable for $79. Everything will be available on September 30th; pre-orders are already open on the company's site. In this article: bb-8, bb8, culture, entertainment, forceband, gear, hands-on, ifa, ifa2016, robots, sphero, spherobb-8, spherobb8, starwars, starwarsforceband, starwarstheforceawakens, video, wearables
All products recommended by Engadget are selected by our editorial team, independent of our parent company. Some of our stories include affiliate links. If you buy something through one of these links, we may earn an affiliate commission.