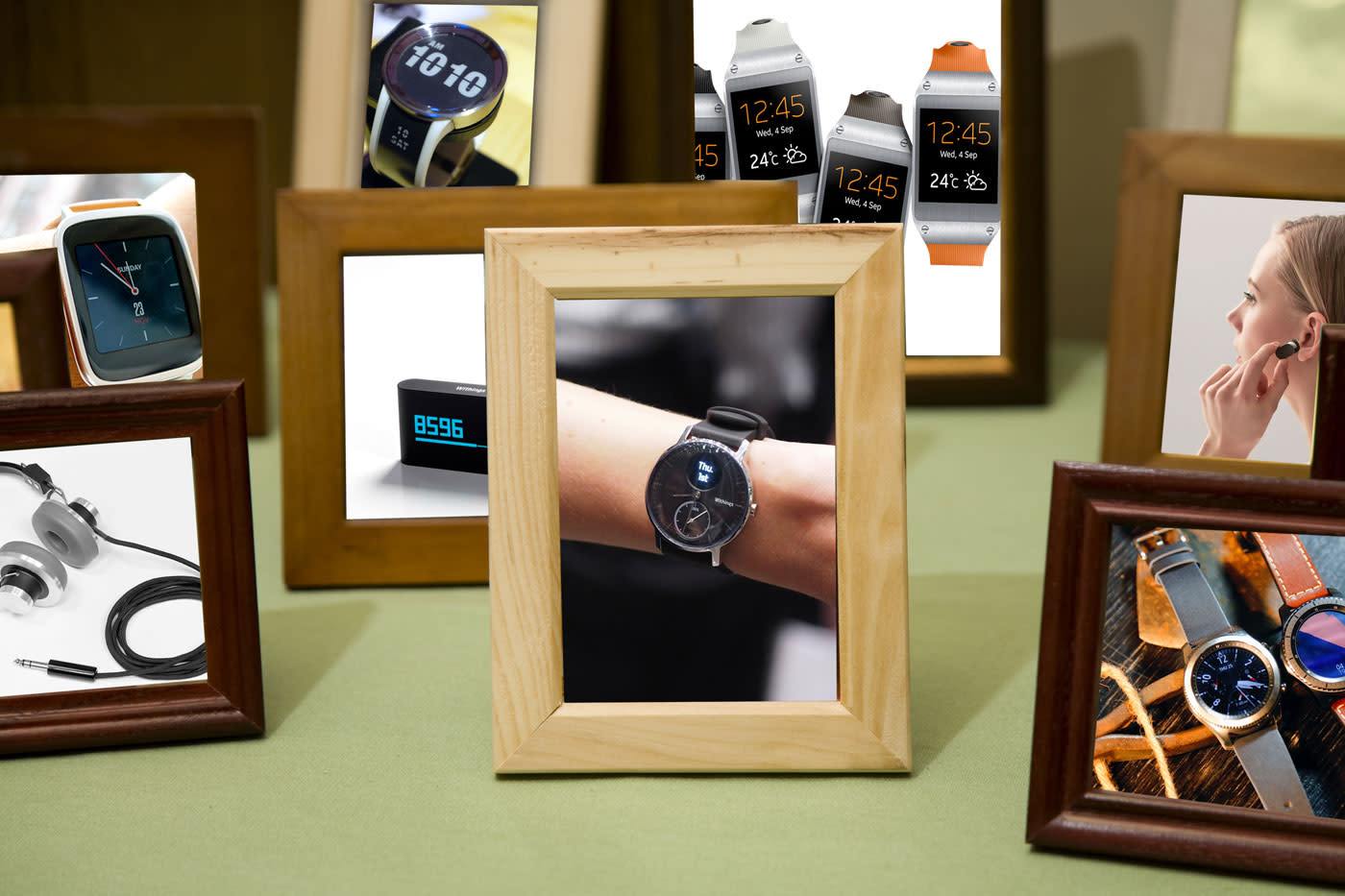 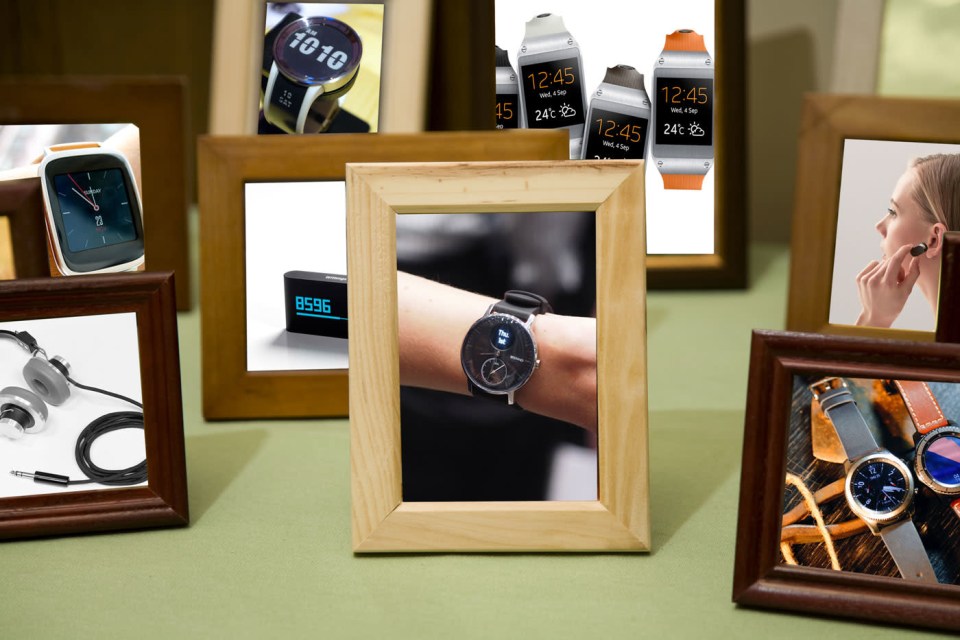 The wearables world has come a long way in a very short time, and plenty of companies have had to learn their lessons out in public. The first devices they launched were often far, far too ugly to find mainstream acceptance, but now the fashion and wearables worlds are perfectly aligned. That's why we're taking a look at the devices that arrived at this year's IFA, and comparing it with their more embarrassing predecessors. Think of it like #throwbackthursday, except nobody's got one of those face-worn retainers you only see in '80s movies. 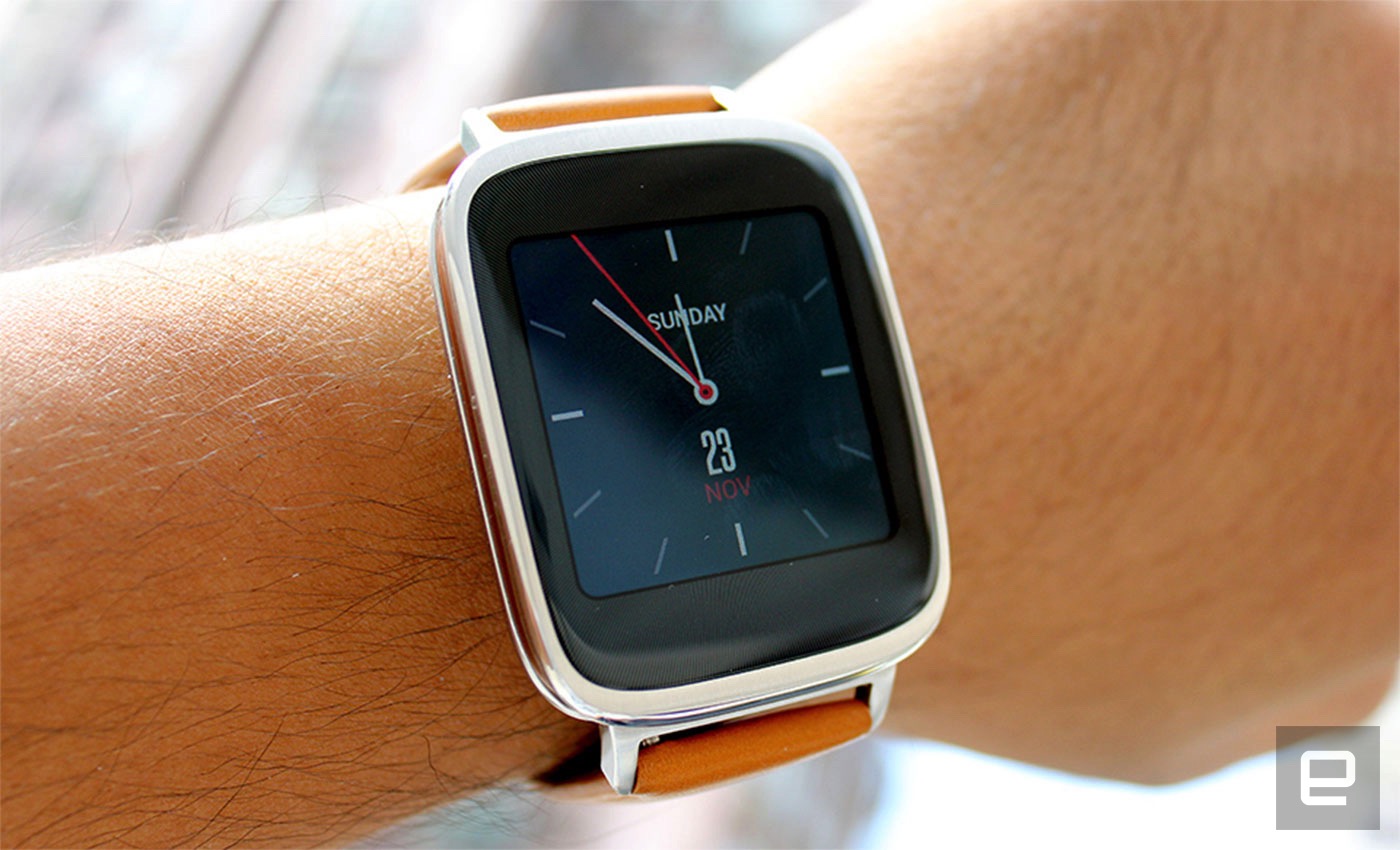 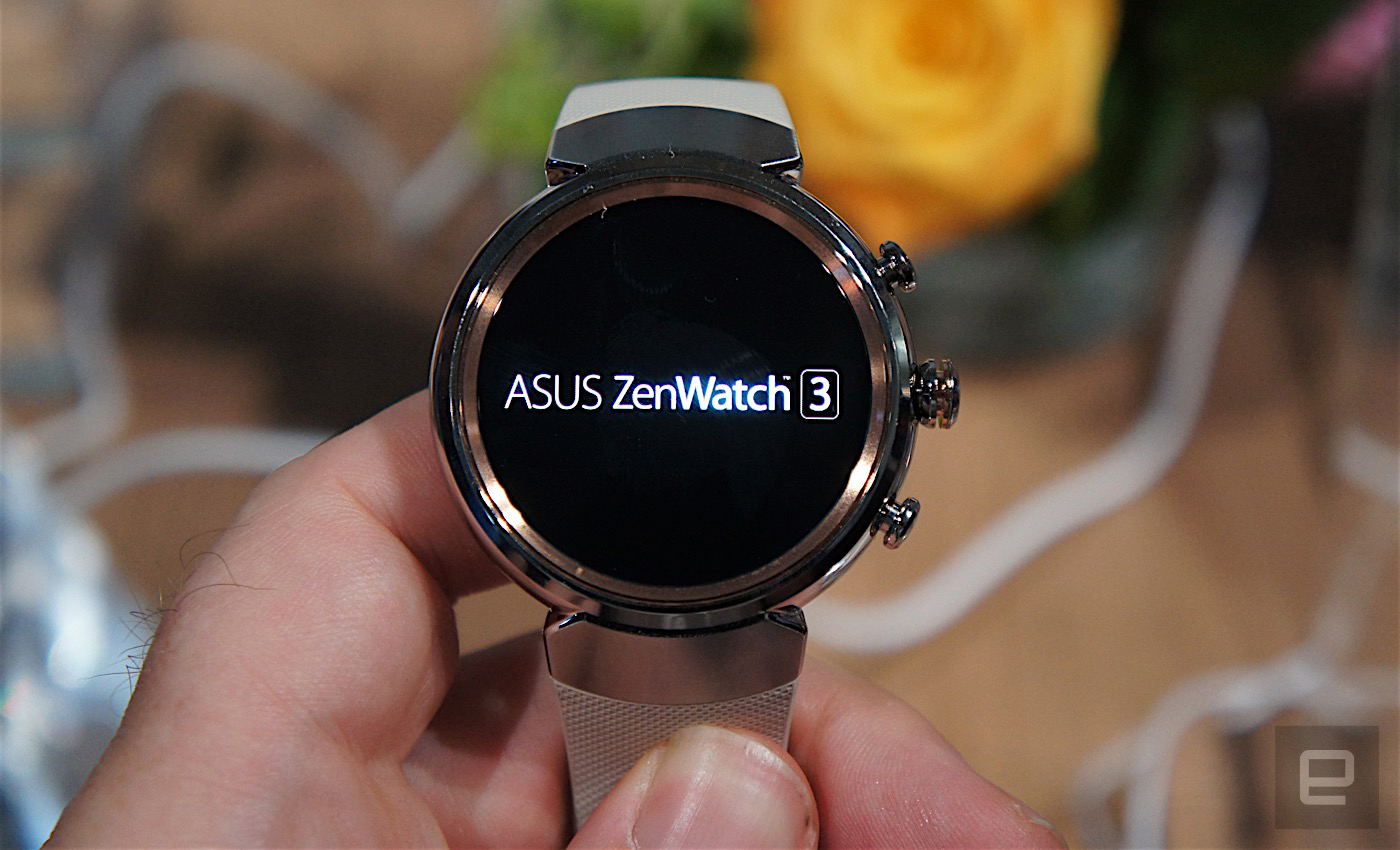 Like many other early Android Wear pioneers, ASUS thought that it was hip to be square. It made sense, since smartphones have square displays too, not to mention the (then) scarcity of truly-round displays. ASUS trimmed the price to make the Zenwatch cheaper than its rivals, and curved the glass over the face to offer an illusion of greater ergonomics. The end result is a watch that made square faces look reasonably stylish, even if it would only ever cater to a niche.

Two years down the road and ASUS has firmly grasped a copy of the fashion watch design playbook and is holding it firmly with both hands. The Zenwatch 3 is packing a rose-gold inlay, a chunky crown and double pushers, making it look less like an Android Wear device and more like a Longines. It's the sort of watch that goes down well with business types who want to be seen wearing their money on their wrists. 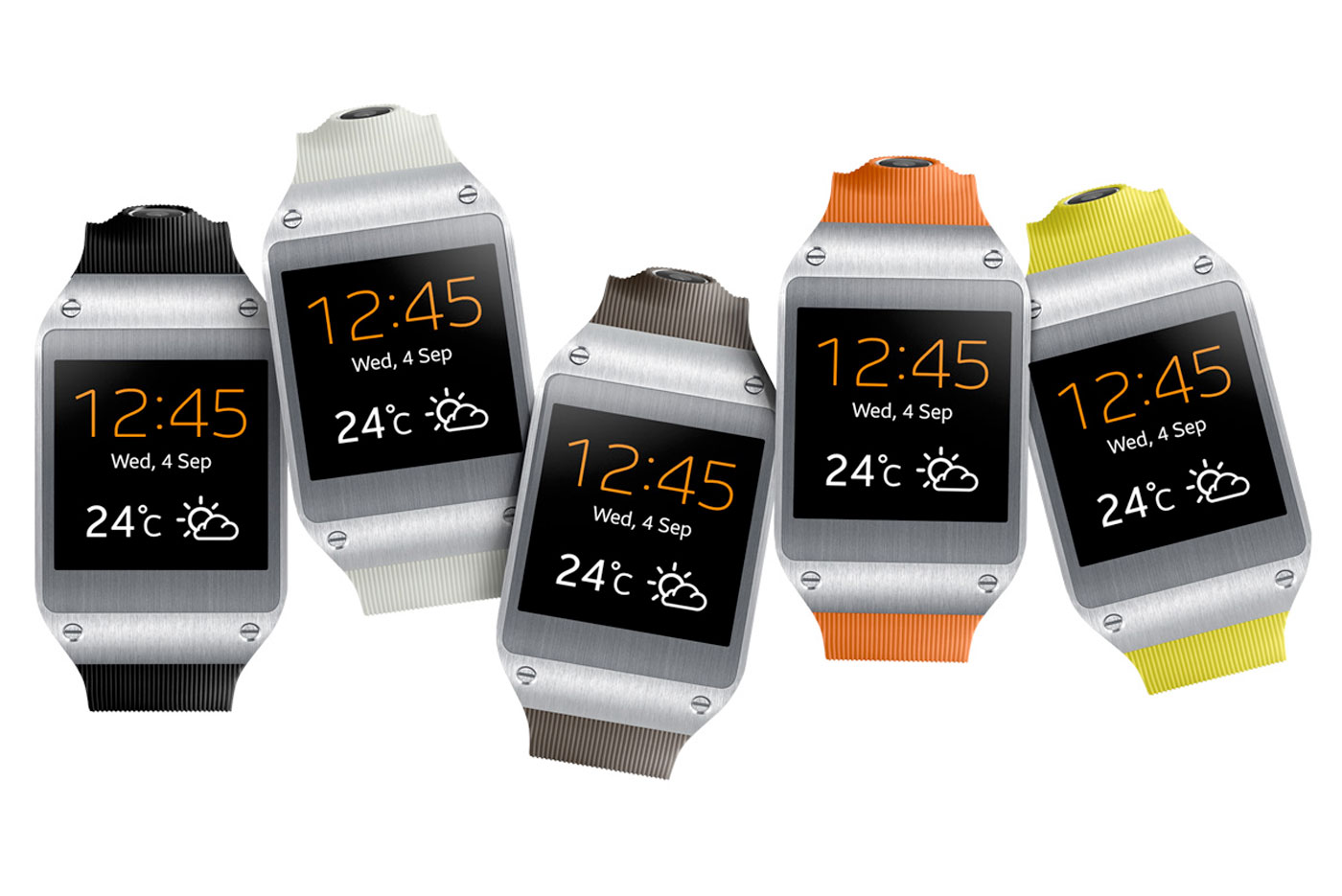 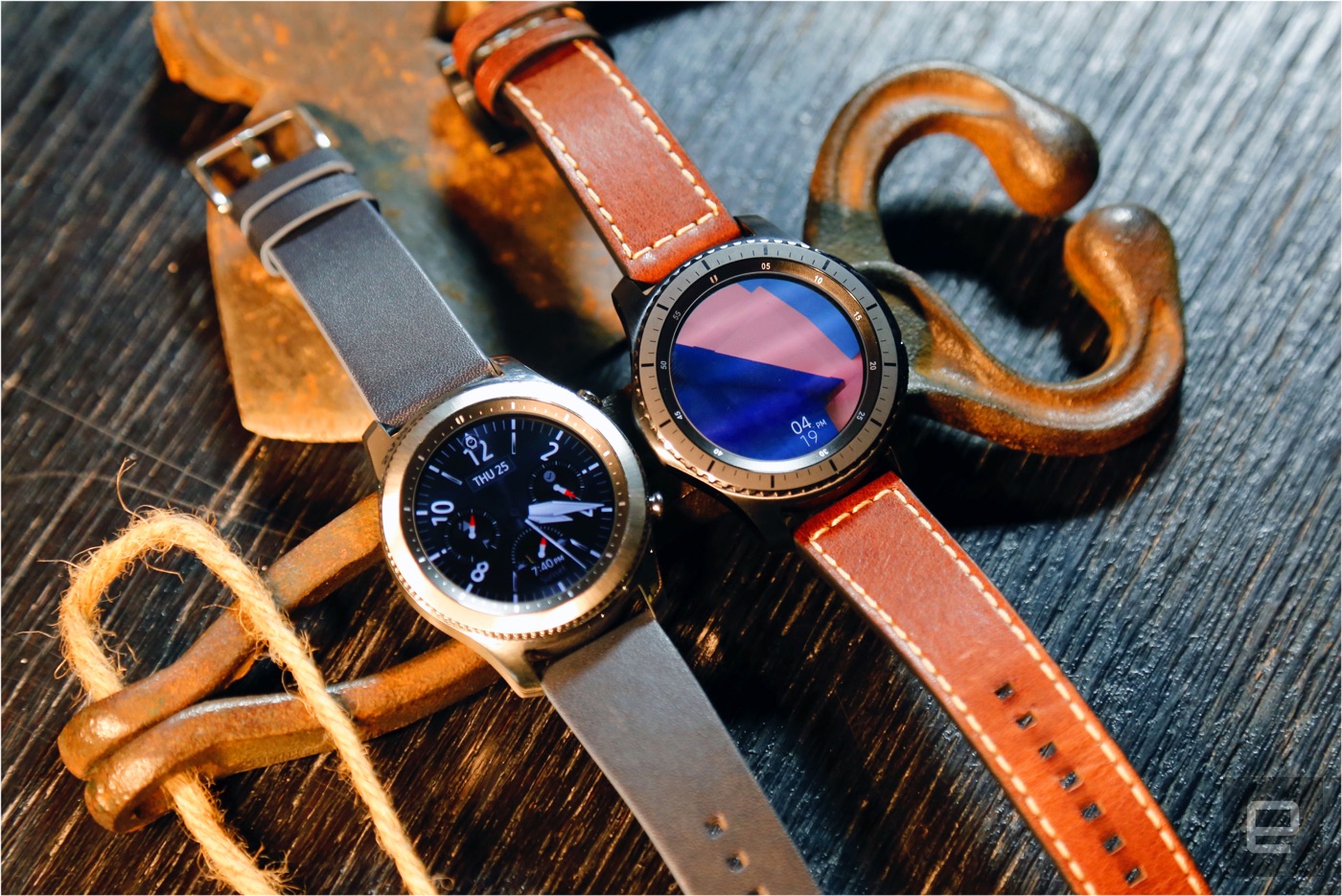 When you look at the first Galaxy Gear you have to ask what Samsung was thinking, even back then. It may have been a refinement of the company's S9110 telephone watch, but it wasn't pretty, no sir. Admittedly, it's a striking piece of gear, with a brutalist design, exposed screws and a humped, 1.9-megapixel camera that juts out of the band rather than the hardware. But when you look at Samsung's earlier smartwatches, like the SPH-WP10, the Galaxy Gear looks like pure elegance.

Just three years stand between the OG Gear and the Gear S3, but they couldn't be further apart in the looks department. The Gear S3 looks like a regular watch, the sort of ultra-masculine timepiece that you'd see advertised in an in-flight magazine. Like its immediate predecessor, the bezel acts as a control dial, but now it's been geared so that it doesn't even look like a watch from the future. In fact, the Gear S3 could convincingly pass for a Rolex diving watch made half a century ago. 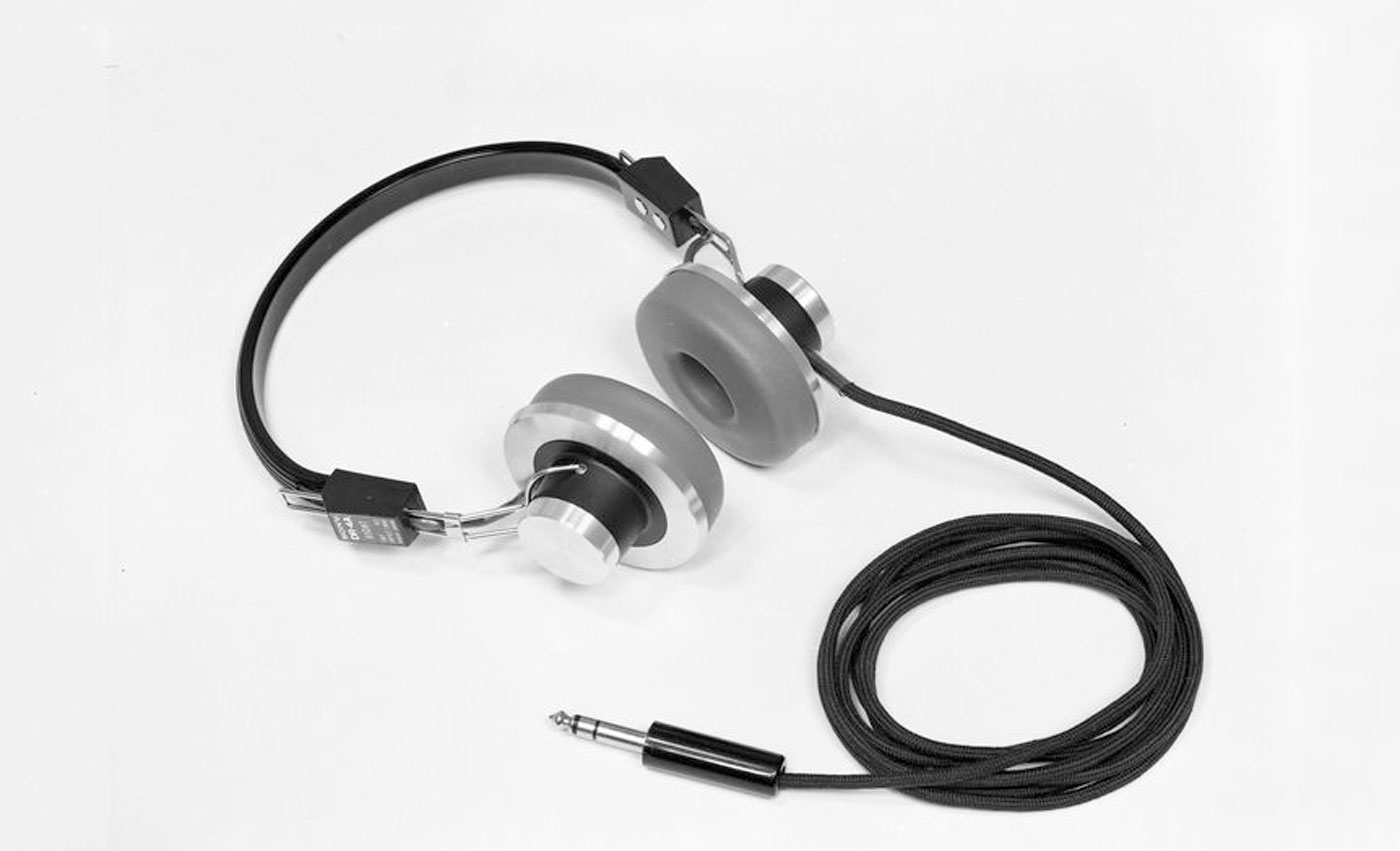 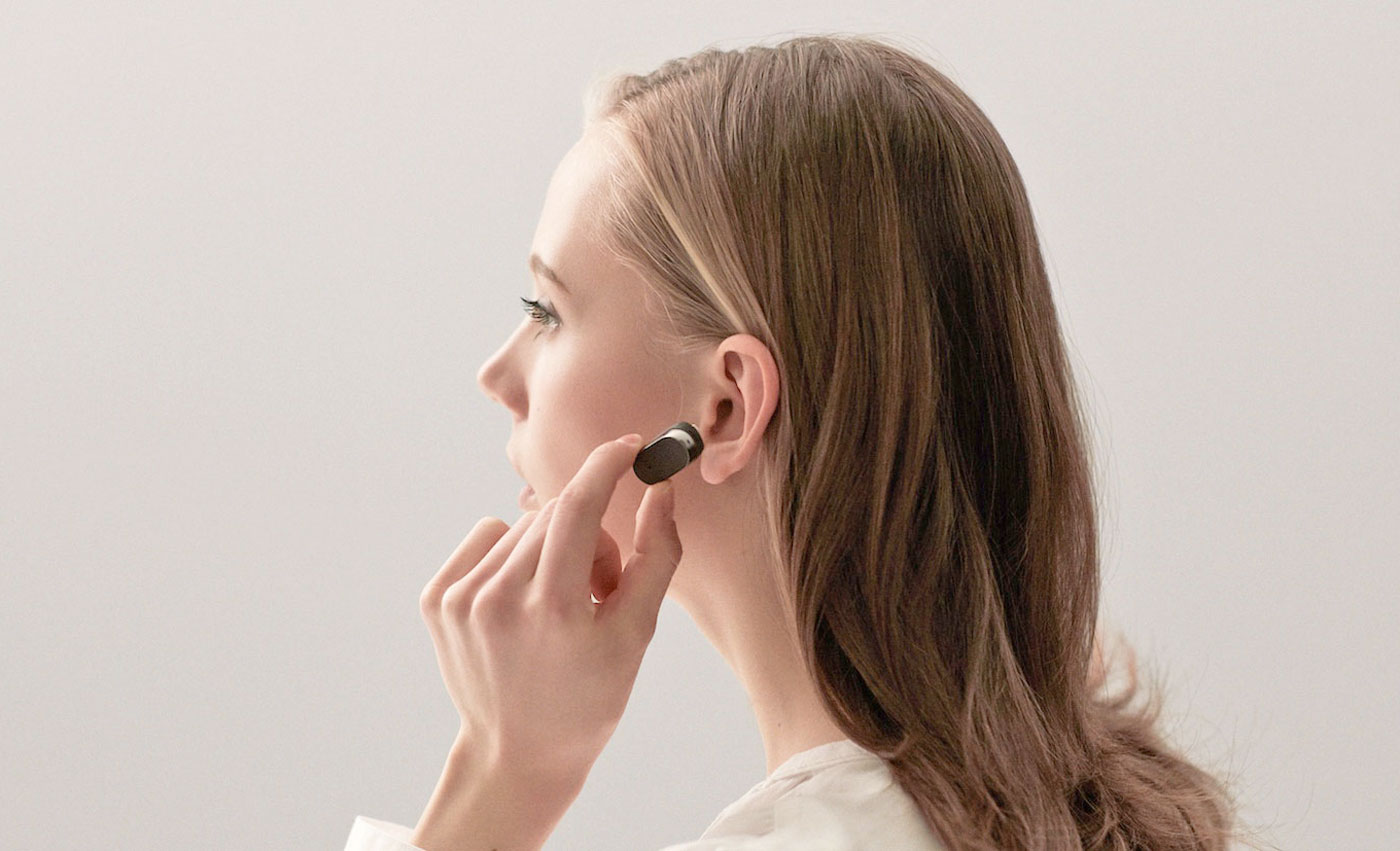 Sony's been there (or thereabouts) for plenty of milestones in personal audio, even if it might not want everyone to remember some of its own missteps. From 1968's DR-4A, the company's first noise-isolating stereo headphones, to the Xperia Ear, which will arrive in stores this November. Back in the day, a 5.5mm audio lead with a nice woven coating was what connected your headphones to the sound source of your choice. These days, of course, it's all about Bluetooth, but the Ear lets you send commands to your phone as well as receive sounds back. Even if you wouldn't necessarily call it a headphone, per-se.

A side effect of the design of these small earpieces, of course, is that wearing them are significantly less conspicuous. In an era where people wear enormous Beats-branded cans as a matter of course, in-ear earpieces are, by comparison, invisible. While the first-generation Xperia Ear stands out, other devices of its kind — like Bragi's Dash — aren't meant to be visible. Although, we're getting to the point where it's not necessarily right to call these gadgets wearables, since they're not really worn so much as inserted. Then again, nobody wants to walk into an electronics store and ask for the insertables section. 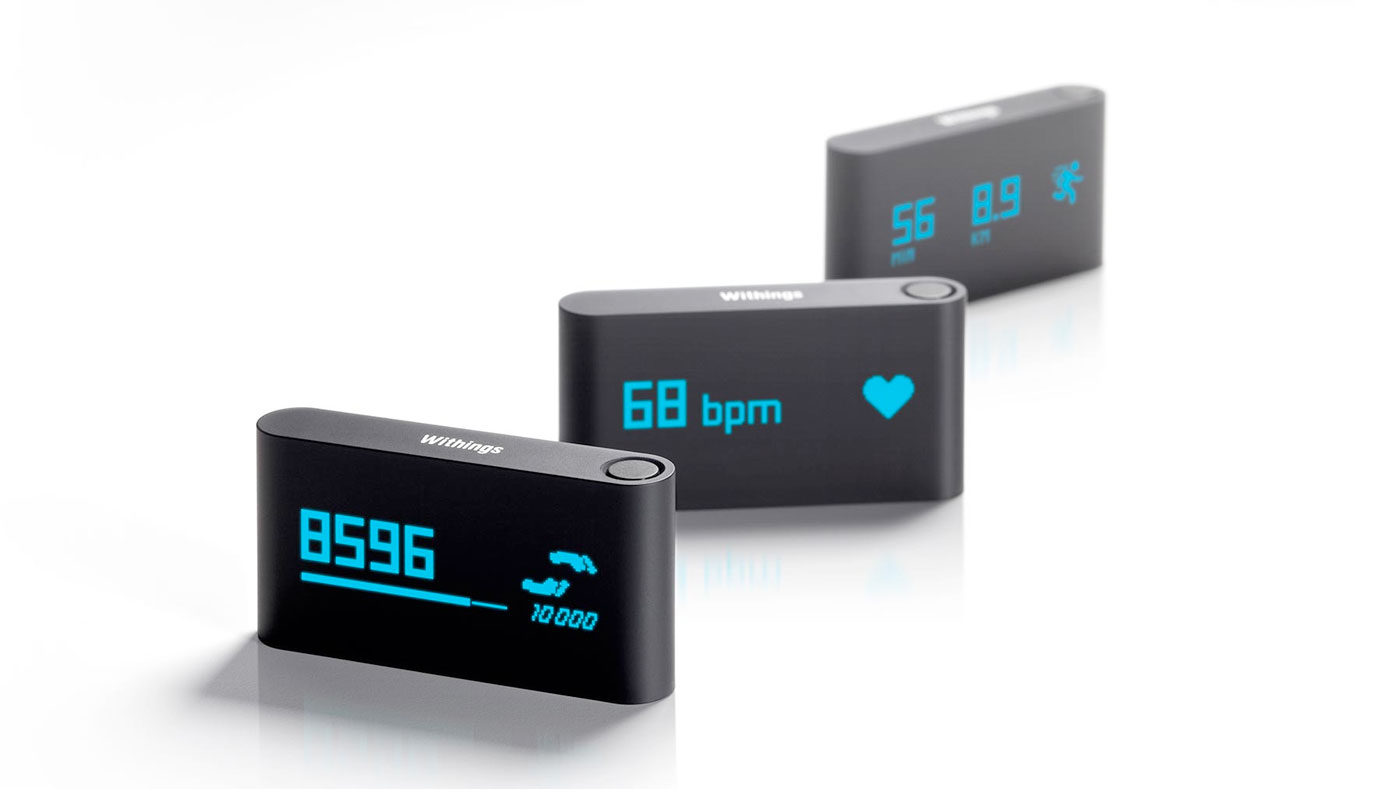 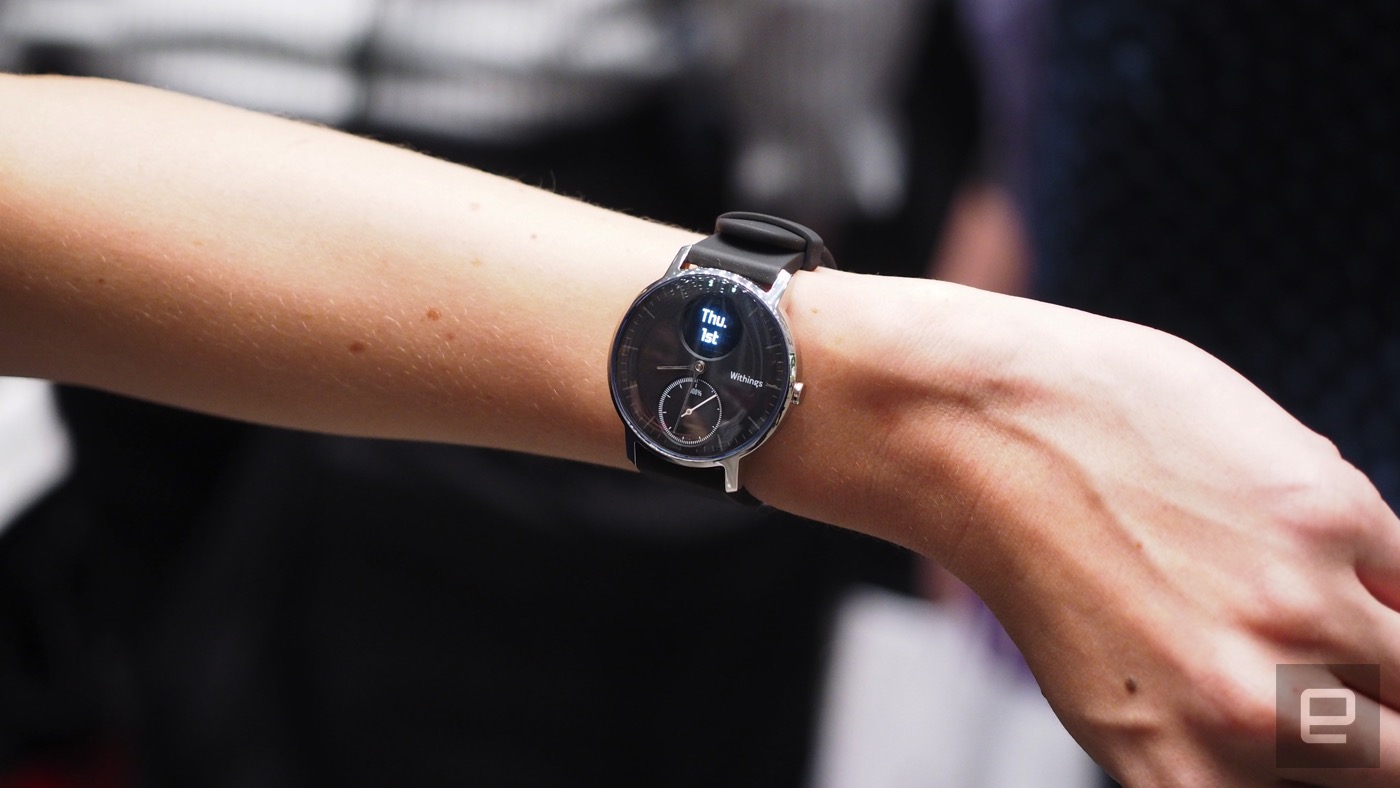 Withings has built its ecosystem of health products piece by piece, but its first device with heart rate monitoring wasn't one for the record books. The Withings Pulse was a square rubber brick that was intended to be worn on a belt clip like a pedometer. After your workout, you could pull out the device, press it against your finger and be told how well your heart was doing at that particular moment. But aside from its blocky design, it had some great features, including automatic activity detection and a long-life battery. Unfortunately, the act of removing it from the clip wore the rubber out pretty quickly, and it was easy to forget when you changed pants.

Now, the company has seen the error of its ways and baked in the optical heart rate monitor into its Swiss-inspired watch. The Steel HR masks its more technological components between an analog dial and sub-dial — the latter of which tells you how much activity you've undertaken that day. The only gadgety component of the watch is the digital sub-dial which offers your heart rate, as well as smartphone notifications for calls, emails and texts. By burying the nuts and bolts behind a well-designed and subtle timepiece, Withings is pushing us towards a world where we're not even aware of the tech we're wearing. 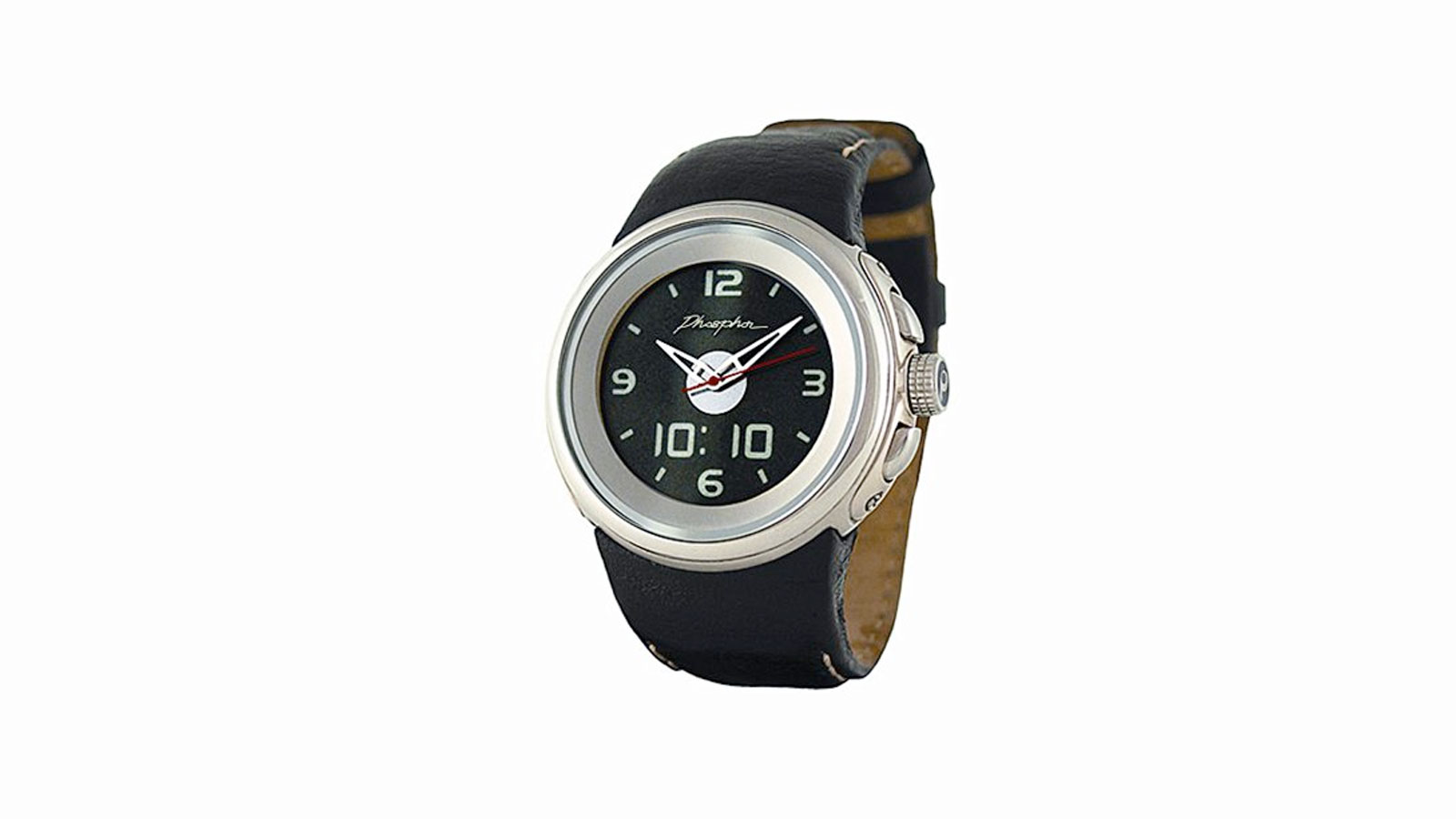 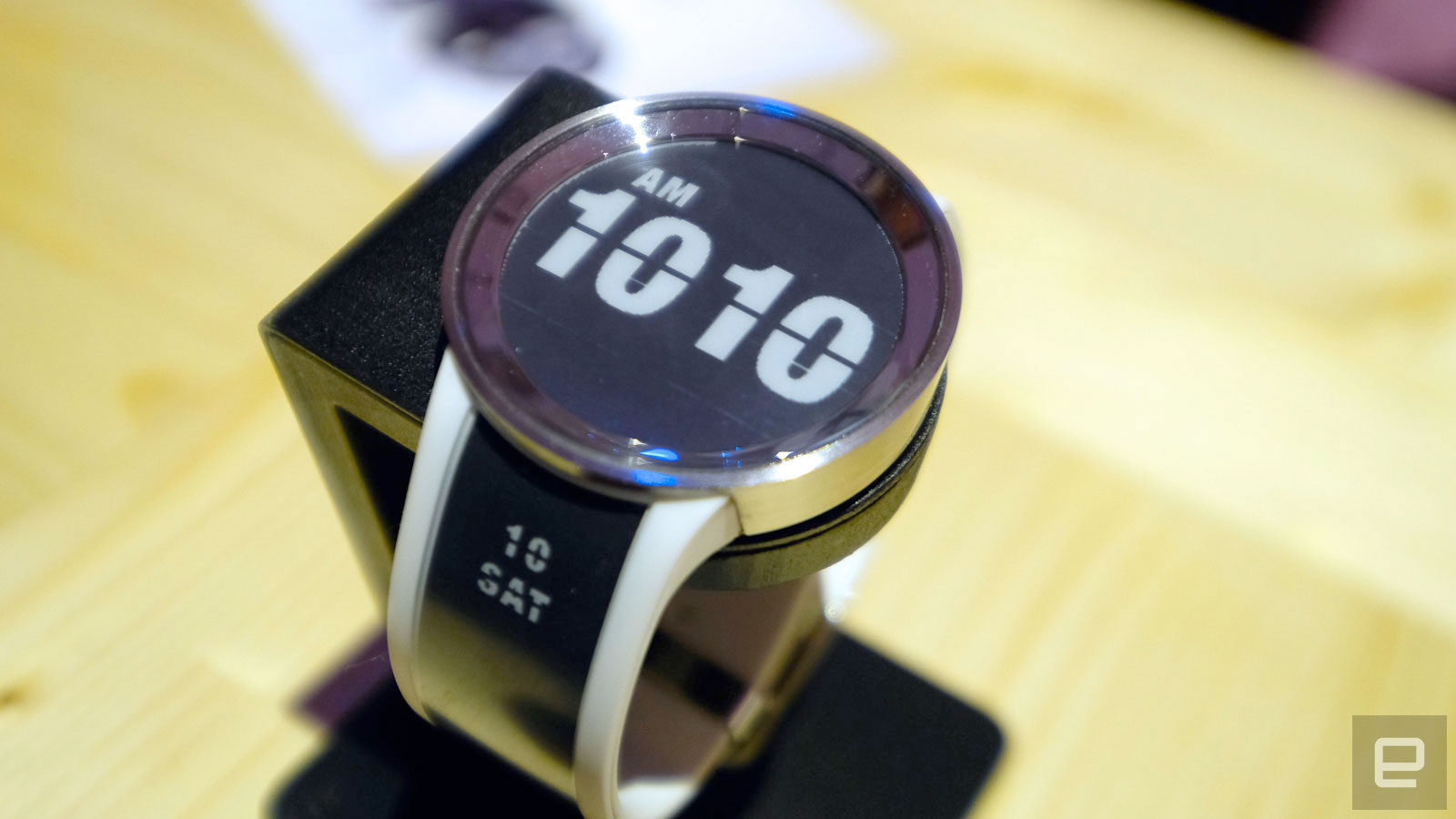 Sony's first E Ink watch, FES, arrived in 2014, and cleverly added the technology to both the face and wristband. That's led to some interesting options for customization and promised to radically alter the way watches were worn. But it was by no means the first E Ink timepiece on the market, and an early proponent was Phosphor, which launched the Ana-Digi timepiece back in 2012. The display itself was static, and users could use a side-mounted pusher to toggle between time and date views on the face.

But adding E Ink to a watch clearly hasn't provided the necessary surge in sales that Sony was hoping for. For the second-generation of its groundbreaking timepiece, it's added more traditionally-watch like design cues. That includes a prominent bezel and sapphire glass across the crystal, making it slightly less exciting. Then again, it perhaps shows that the tried-and-tested formula for watches hasn't changed much in the last century, and these companies have learned that if you can't beat 'em, you might as well join 'em.

In this article: ASUS, gear, IFA, IFA2016, Samsung, Sony, wearables, Withings, WrapUp
All products recommended by Engadget are selected by our editorial team, independent of our parent company. Some of our stories include affiliate links. If you buy something through one of these links, we may earn an affiliate commission.